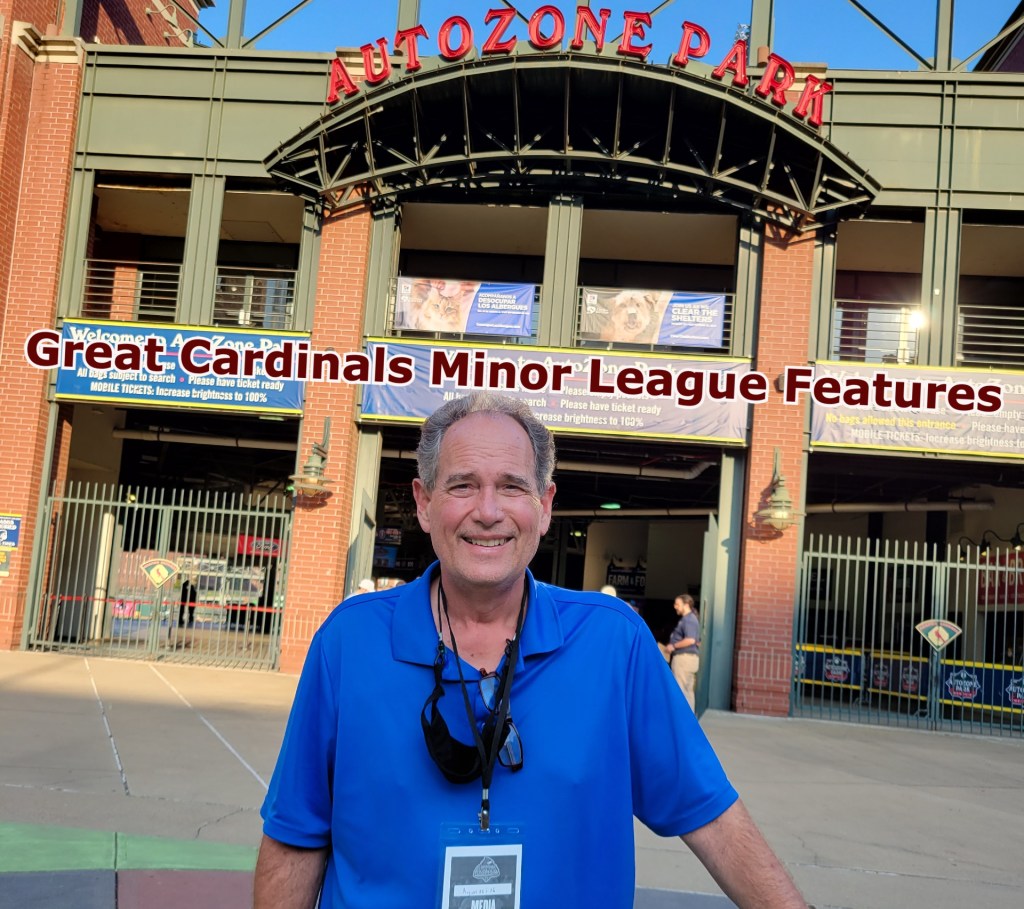 Rob Rains has long been known for his knowledge of the Cardinals minor league system.  Examples of stars who started out as unknowns to the Cardinals fans audience until a feature by Rains was run on STLSportsPage.com in recent years: Alex Reyes, Jack Flaherty, Dakota Hudson, Dylan Carlson, and Lars Nootbaar. Those features were written while they were still in the minors. Current minor leaguers already profiled on STLSportsPage.com include Nolan Gorman, Nick Plummer, Jordan Walker.

“One of the facets of baseball that I really enjoy is watching players in the minor leagues as they begin their careers and work their ways towards the majors. Ever since I started covering the game more than 40 years ago I have paid particular attention to the minor leagues, frequently taking trips to watch games and writing feature stories about those players beginning with each year’s draft selections.”– Rob Rains

Rains usually takes trips to the minor leagues each summer to visit the various rookies and watch them play. He also talks with scouts and player development personnel on a weekly basis, keeping up with how the rising stars playing careers are going.

The off-season and Spring Training also afford opportunities for more features. To look up any former rookie and find a feature on them, put their name in the subject bar of this site.

Looking for more on Cardinals Rookies and Minor League News? We have you covered!