All Roads Lead to St. Louis; A guide to the Cardinals and their Minor League Teams

The Sunset Hills Historical Society (SHHS) invites the public to a ‘home stand’ series of programming that will feature local authors speaking on legends and lore of the St. Louis Cardinals.

The lead off hitter of the series on Monday, March 25 at 7 PM are authors Rob Rains and Sally Tippett Rains, who have been around the local sports scene for many years. Their newly-published book about traveling to see the Cardinals play–whether it’s at Spring Training the minor leagues or Busch Stadium helps fans plan their trips. It is full of recommendations, some from Adam Wainwright. The foreword was written by Mike Schildt.

Rob and Sally Rains are from the Sunset Hills area; Sally attended Lindbergh High School as did their sons, B.J. Rains and Mike Rains.

Going with the Sunset Hills Historical Society’s baseball theme, on deck  and batting second on Monday, April 22 at 7 PM is local sports writer, formerly of the Post-Dispatch, Dan O’Neill. He has written a book about the St. Louis Cardinals in the 1980’s, It’s a Celebration.

O’Neill’s new book, similar to his recent coffee table book When the Blues Go Marching In, includes rare pictures and short episodes about the baseball Cardinals during the historic 1980’s.

And batting third in this programming line-up on Monday, May 20 at 7 PM will be Brian Finch, Manager of Stadium Tours and Museum Operations for the St. Louis Cardinals. His presentation will be augmented by Sunset Hills resident and collector of all things Cardinals, Len Panneri.

The Sunset Hills Historical Society meetings typically take place on the fourth Monday of the month at 7 PM in the Sunset Hills City Hall’s chambers, at 3939 South Lindbergh Blvd., in Sunset Hills, 63127.  Parking and seating are limited. Schedules are subject to change. 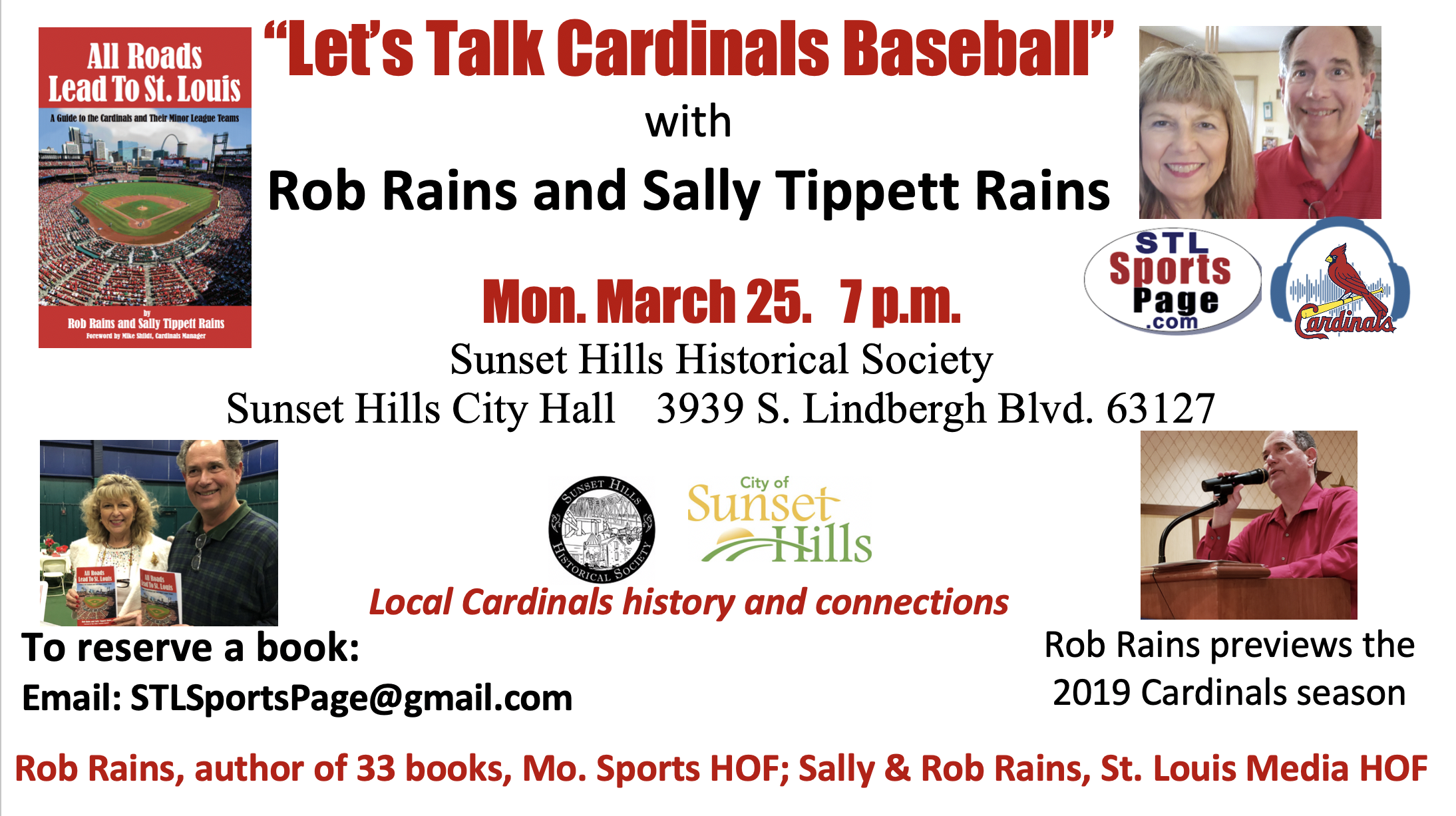 The Cardinals introduced new first baseman Paul Goldschmidt to the St. Louis media during a news conference on Friday at Busch Stadium. […]

Ben Yokley finally makes it to Cardinals game at Busch Stadium, but wearing a different uniform

When he was a pitcher in the Cardinals’ farm system, Ben Yokley dreamed of playing at Busch Stadium. When he finally made it there, he was wearing a different uniform – as a captain in the U.S. Air Force. […]