Be sure to use our Promo-code: SPORTS for all your Drury Hotel stops along the road to get to Jupiter.

The Cardinals 30-game Grapefruit League slate is set to begin on Saturday, February 22 at Roger Dean Chevrolet Stadium in Jupiter, Fla., when the Cardinals host the New York Mets, and will conclude on Sunday, March 22 at the Washington Nationals.

The Cardinals 2020 Grapefruit League schedule features 15 home dates and 15 road games, including three games as the “visiting” team against the Miami Marlins (Feb. 24 & March 14, 21), giving them 18 total games at Roger Dean Chevrolet Stadium.  The Cardinals, and their stadium co-tenants the Marlins, will play a total of seven games next spring. 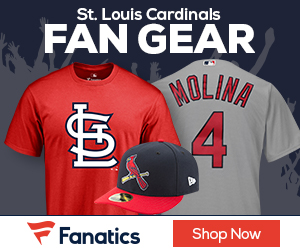 Rob Rains’ Spring Training Party on March 12- Each year we have a fun– free– event at the Homewood Suites where we bring in a Cardinals player or other Cardinals insider and have a roundtable discussion about the team. Fans get to meet and greet and get autographs. There is free food and drinks and a silent auction which benefits Rainbows for Kids in St. Louis and the Leukemia and Lymphoma Society in Palm Beach. Make your plans to come to Spring Training during this time. It’s a lot of fun.

We choose the Homewood Suites as our Headquarters hotel for STLSportsPage.com. As of now there is no Drury Hotel in the Palm Beach area, but stay tuned  for news about that in future years to come. 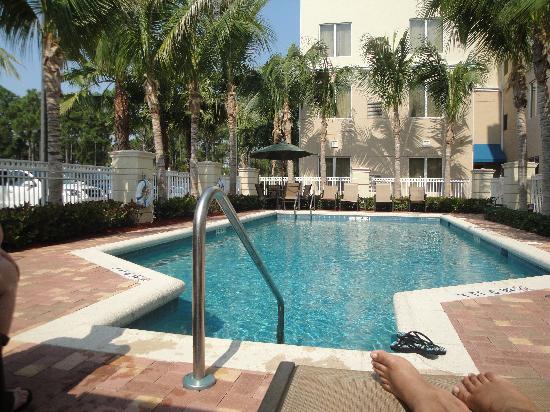 The Homewood Suites is great because it has a pool, a putting green, restaurants in walking distance. They serve hot breakfast every day and hot dinner four nights a week– included in the price you pay to stay there. They also have a free shuttle to Roger Dean Chevrolet Stadium on game days.

Next spring will mark the 23rd year that the Cardinals will train at Roger Dean Chevrolet Stadium in Jupiter, Fla.

Here is the complete schedule– it’s small to all fit but you can enlarge it.

This discount code works at the Homewood Suites for your stay anywhere between Feb. 22-March 23