The Cardinals know that their heavy schedule of games, which at this particular point in the season includes three doubleheaders in a span of five days, is going to provide a big test for their pitching depth.

They also expect, however, that their usually reliable relievers are going to be able to help guide the team through that stretch but one of them faltered at exactly the wrong time Monday night.

Tyler Webb could not pitch around a walk to Jason Heyward and gave up a three-run homer to David Bote in the sixth inning which wiped out a 4-2 Cardinals lead over the Cubs and cost them a sweep of their doubleheader at Wrigley Field.

The Cardinals won the first game 3-1, breaking a tie in the seventh on a two-run double by Brad Miller. Miller was set to be the star of game two as well, hitting two home runs, before the bullpen could not hold the lead.

Webb, the fifth pitcher in the “bullpen” game, came into the game with one out in the sixth and a runner on second. He was greeted by a double, the Cubs first hit of the game, before the two-out walk to Heyward set the stage for Bote to deliver the go-ahead home run.

“Tyler is usually a guy who is able to locate and control counts,” manager Mike Shildt said. “The walk to Heyward was probably the biggest at-bat. He had the right plan (to Bote) just didn’t execute his pitch.

“Webb is going to be fine. It’s a hard game. We will run him back out there and he will get a lot of big outs for us. I’m not worried about Tyler Webb.”

Here is how the games broke down:

At the plate: The Cardinals had only one hit off Kyle Hendricks through the first six innings of game one, a home run by Dexter Fowler, before a double by Paul Goldschmidt, a walk and a single by Matt Carpenter loaded the bases in the seventh. Former Cardinal prospect Rowan Wick relieved and gave up the double to Miller … In the second game, Miller hit a two-run homer in the second and he and Max Schrock hit back-to-back homers in the fourth to build a 4-1 lead and giving Miller five RBIs in the two games … The homer was the first in the majors for Schrock, playing in his second game.

On the mound: In his first career start, Kwang Hyun Kim allowed one run in 3 2/3 innings in the opener, a home run by Ian Happ … John Gant, Giovanny Gallegos and Andrew Miller combined to retire the last 10 hitters, six by strikeouts … Alex Reyes made his first start in the majors since 2018 in the second game but struggled with his control, walking the bases loaded, to go with two strikeouts. One run scored on a passed ball … Ricardo Sanchez worked two scoreless innings in his major-league debut and Rob Kaminsky had his second perfect inning … A hit batter by Genesis Cabrera leading off the seventh also cost the Cardinals as that runner scored on the double by Willson Contreras off Webb … The Cardinals allowed six walks and the hit batter in 5 1/3 innings before giving up a hit.

Key stat: Miller’s double in the seventh in the opening game was his first hit with the bases loaded since 2016. He had been 0-of-15 in those situations the last three years.

Worth noting: Two of the players who tested positive for COVID-19, Carlos Martinez and Edmundso Sosa, have been cleared to resume baseball activities, Shildt said. Several more players, including Yadier Molina and Paul DeJong, have their reviews from MLB pending and the team is hoping they will be cleared in the next few days … Miller, an eight-year veteran with 761 career games in the majors, played his first two games at Wrigley Field … Schrock is the first Cardinal to hit his first career home run at Wrigley since Pete Kozma did it in 2012 … The Cardinals have now had nine players, including six pitchers, make their major-league debuts in the last three days … Since the second game was the makeup for one of the games postponed in St. Louis, the Cardinals were the home team and they said it marked the first time they had been the home team for an away game since April 25, 1906 in Cincinnati.

Looking ahead: The Cardinals and Cubs will play one game on Tuesday night, with Daniel Ponce de Leon getting the start, before another doubleheader on Wednesday. 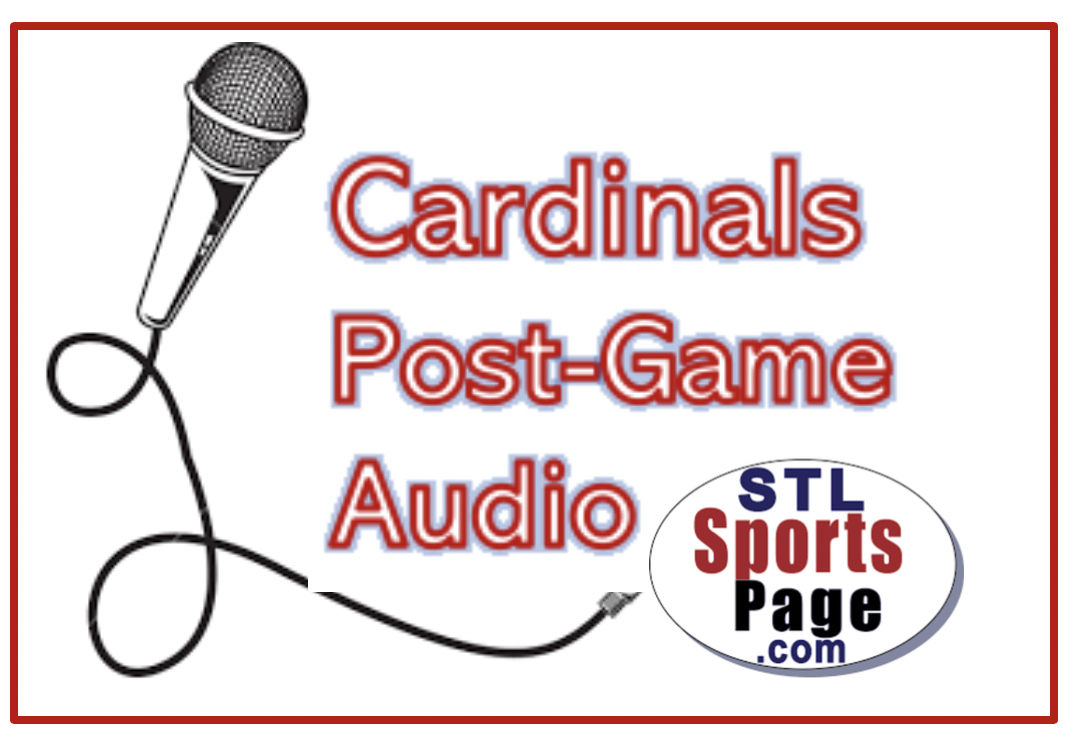