Charlie Gitto owned Charlie Gitto’s Pasta House on 6th Street in downtown St. Louis for 46 years and along the way became an icon in the city, earning his nickname of “The Mayor of 6th Street.” 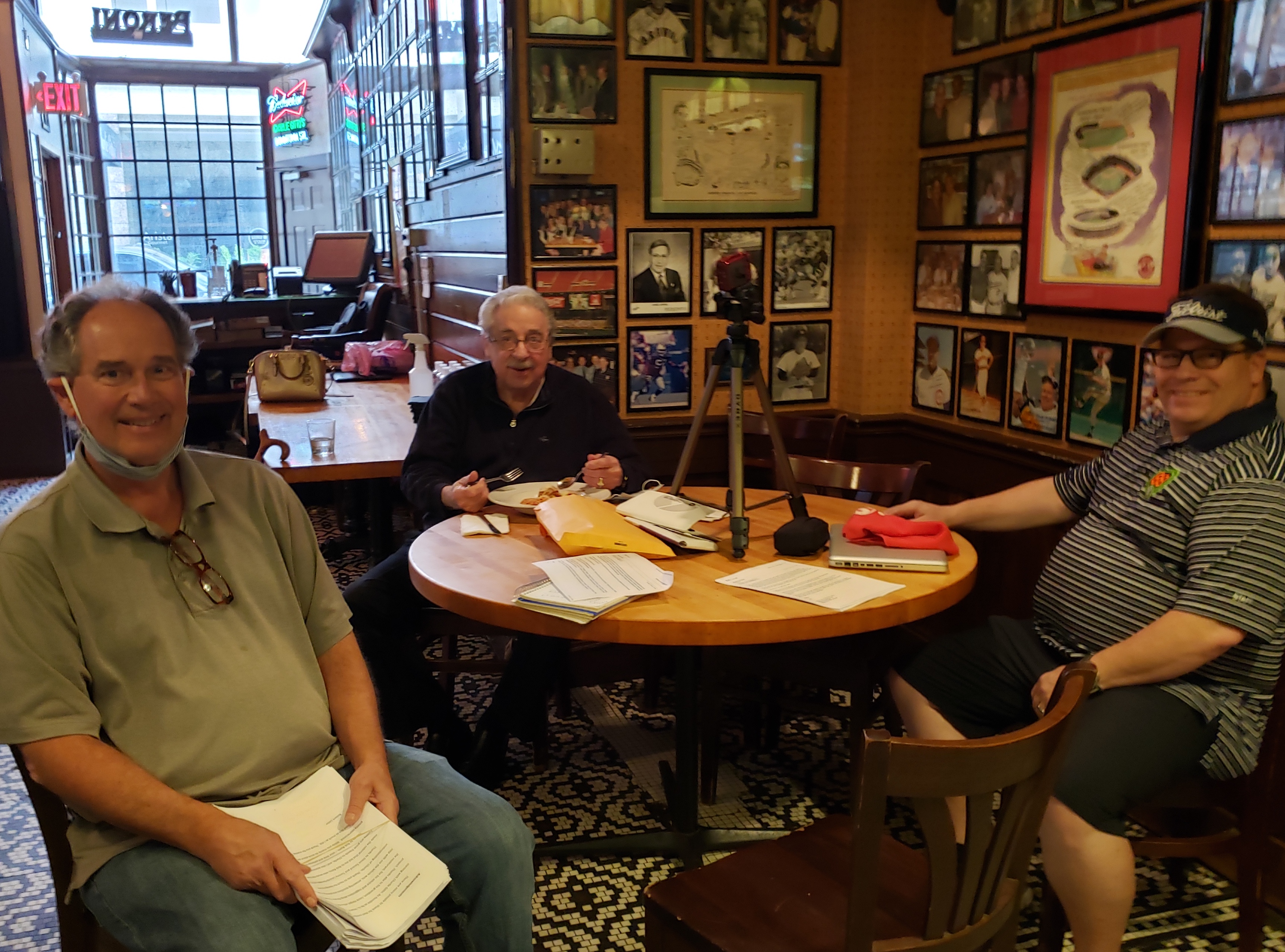 He sat down early this year and began to tell his life story as a book, compiled by Rob Rains and Bob Lister, (shown in photo above with Charlie) featuring all of the legendary stories for which Charlie became famous.

Lister, who has been a friend of Charlie Gitto’s persuaded the restauranteur to finally tell his story.

““I wanted to do the book as a show of respect and as a reward for Charlie’s lifetime commitment to St. Louis, his family, friends and customers,” Lister said. “HIs stories are legendary and sharing them with others allows people to always have a part of Charlie with them.”

Charlie completed work on the book just a few days before he suffered a heart attack and died on July 4, two days before his 88th birthday. 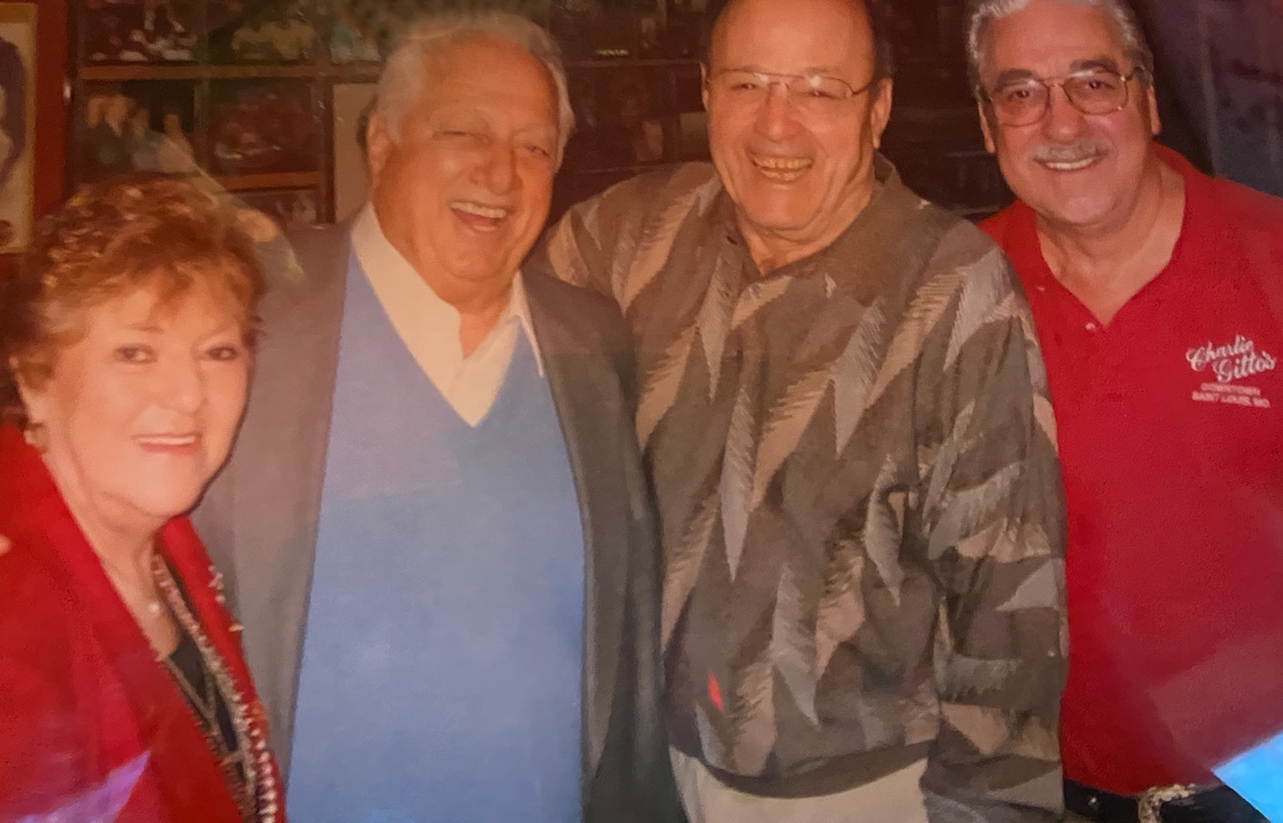 The book is written in his own words, describing how he became such good friends with Tommy Lasorda (shown in photo above with Annie Gitto, Joe Garagiola and Gitto) and Kenny Boyer, how his restaurant became a baseball hangout and other stories involving athletes, actors, entertainers, politicians and more.

The book features a foreword from Lister, a longtime friend; a preface from Charlie’s grandson Louie Vangel, who manages the restaurant; and contributions from Charlie’s good friends Steve Savard, Kent Ehrhardt, Lasorda and Joe West.

Books can be purchased at the Downtown restaurant as well as online. CLICK HERE to order and then click on “cart” to finish the order.

For more information on the book, email bob@gittobook.com, or the FaceBook page Charlie Gitto Mayor of 6th Street. 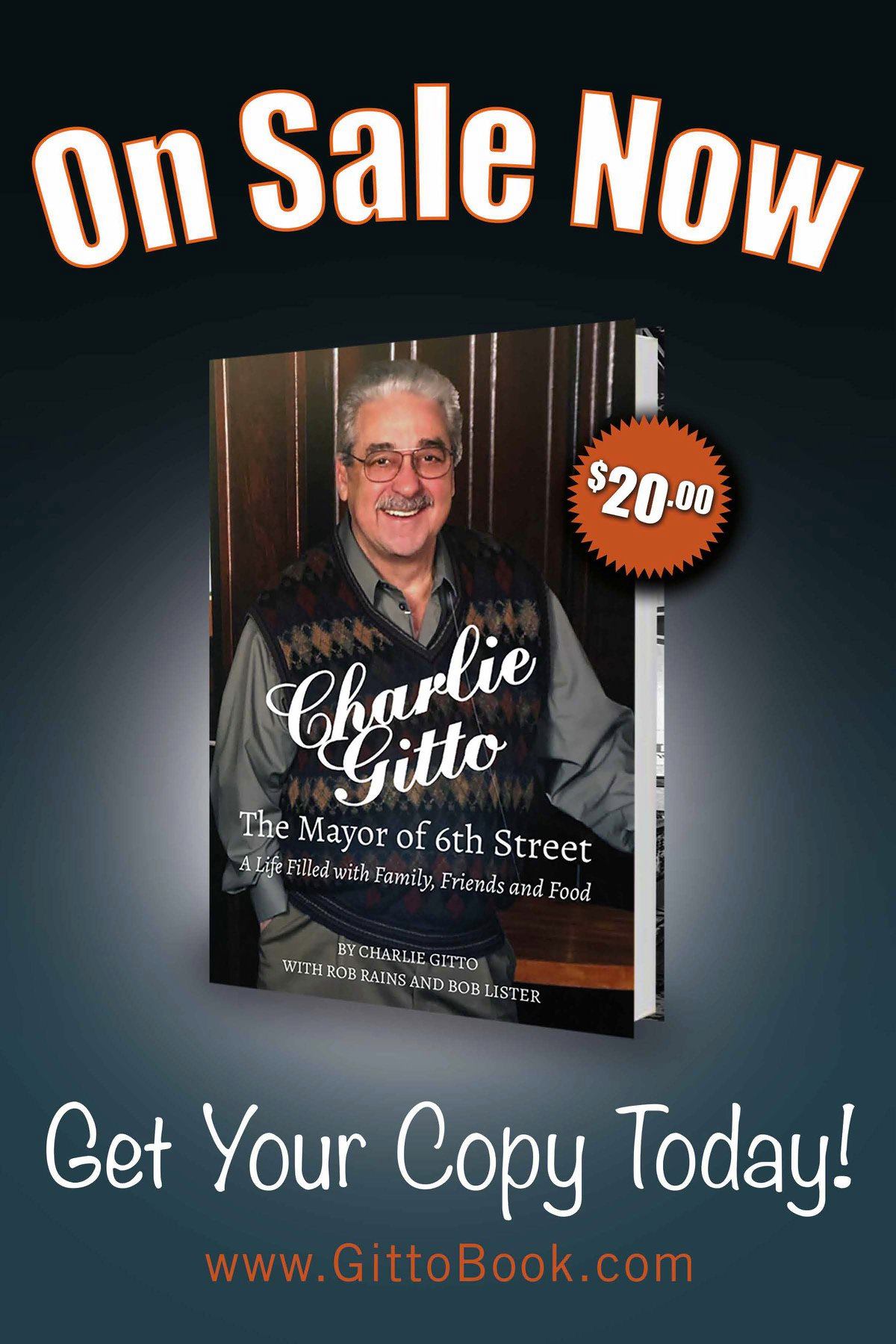