Long-time basketball coach Larry Graham passed away this week in Maryville, Illinois. The only things more important to him than basketball were his wife Karen, and his children.

Graham was a beloved figure with massive amounts of tributes coming in on the social media this week. It seems everyone who knew him remembers him with a smile. He was a member of the St. Louis Sports Hall of Fame, won two IHSA Class A State Championships as basketball coach at Madison and also became the all-time wins leader for the men’s team at SIU-Edwardsville.

He is known throughout the Metro St. Louis area as he coached at Florissant Valley, Harris Stowe, Lindenwood University and Parks College in Illinois, and Oakville High School. 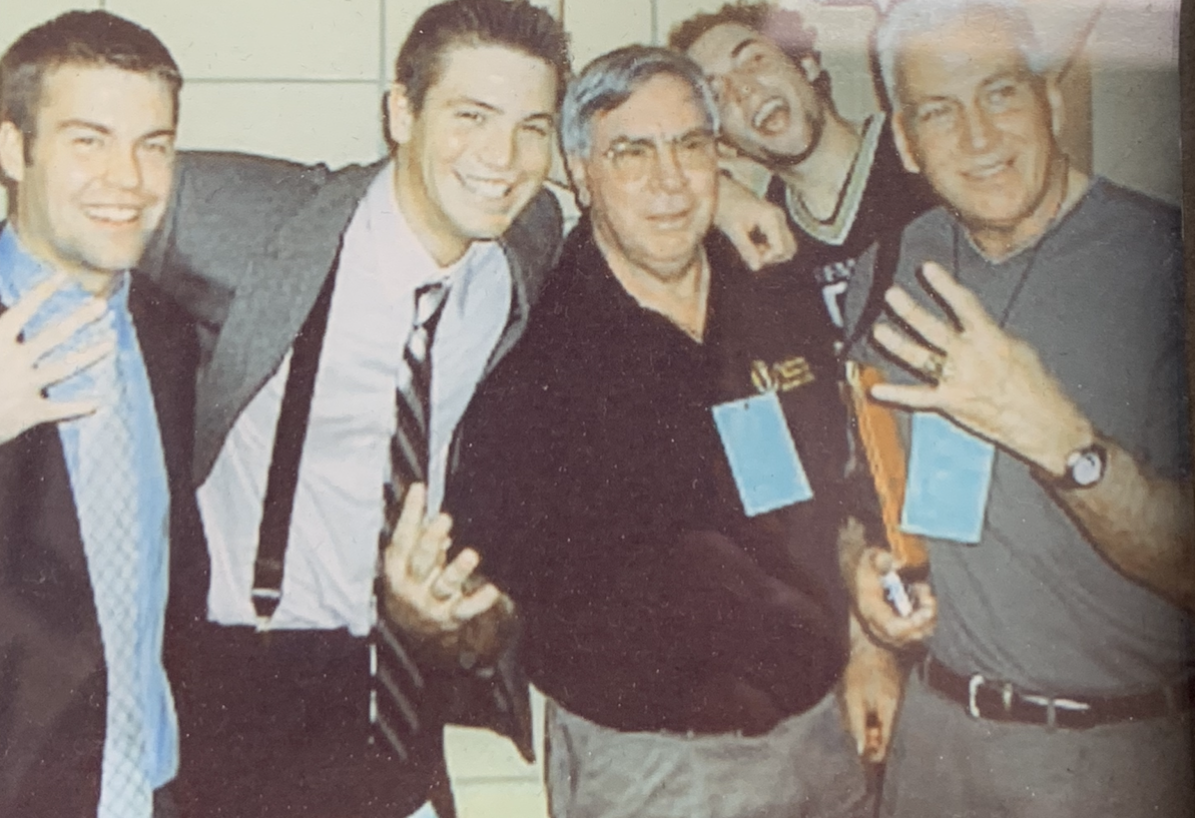 “Coach Graham was one of the best men I have ever met,” said Marshall Newman the assistant athletic director at MICDS who worked with him at Lindenwood University.  “He loved talking about the game, meeting new coaches and embraced the camaraderie within the coaching community.”

Larry Graham, who starting at a young age had the nickname ‘Buddy Graham’ had a storied career; he was named to Texas Wesleyan University’s “All Time Team,” Illinois Coach of the year 1977 & 1981, 1994 Inductee into the Illinois Basketball HOF, Named one of the “100 Legends of Illinois Basketball,” 2012 Inductee into the Indiana Hall of Fame and SIU-E’s all time leader in wins. 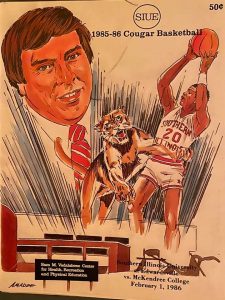 “He pretty much resurrected the program at SIU-E,” said Steve Porter, a friend and writer from the Alton Telegraph..

He’s in the 2006 Missouri Basketball Coaches Hall of Fame—and there are probably more. The 77 year old had been involved in basketball at various levels and was an assistant for both the mens’ and womens’ teams at Lindenwood University.

Graham started his basketball career at Odom High School in Scotland, Indiana, setting for most career points (1,387) and rebounds (929). He played college basketball for both Vincennes University in Vincennes, Indiana and then Texas Wesleyan University in Ft. Worth, Texas.

When he coached at Madison High School in Madison, Illinois in the late sixties and seventies he turned the program around and took them to two state championships. 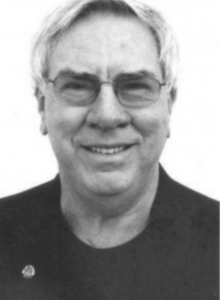 Larry Graham was a character.

“You don’t see a lot of ‘characters’ in sports these days,” said Porter,. “There were a lot of Larry Graham stories, and some of them were true.”

He loved every aspect of basketball and especially traveling to the NCAA Final Four.

“We would go to the Final Four and he would love nothing more than sitting, having a beer and holding court,” said Newman.  “He would be talking about everything from who the best player he’d seen lately to how to beat the full court press.”

“We became friends when he was the head coach at Florissant Valley Community college and I was the Softball coach there,” said Loberg.  “He told me about coaching openings at Harris Stowe and I was selected there to start up the softball program. The he called me and told me about the head coaching job at Lindenwood and I was selected for the position there and he was the assistant mens basketball coach at Lindenwood.”

Their coaching brought them together as friends.

“We would do things together with he and his wife and my wife,” Loberg said. “We ate lunch together while at LU. He had so many stories that were so interesting. He always had a saying TWW which mans ‘Together We Win.’ I went to his induction to the St. Louis Hall of Fame and had a great time with him, his family and friends.” 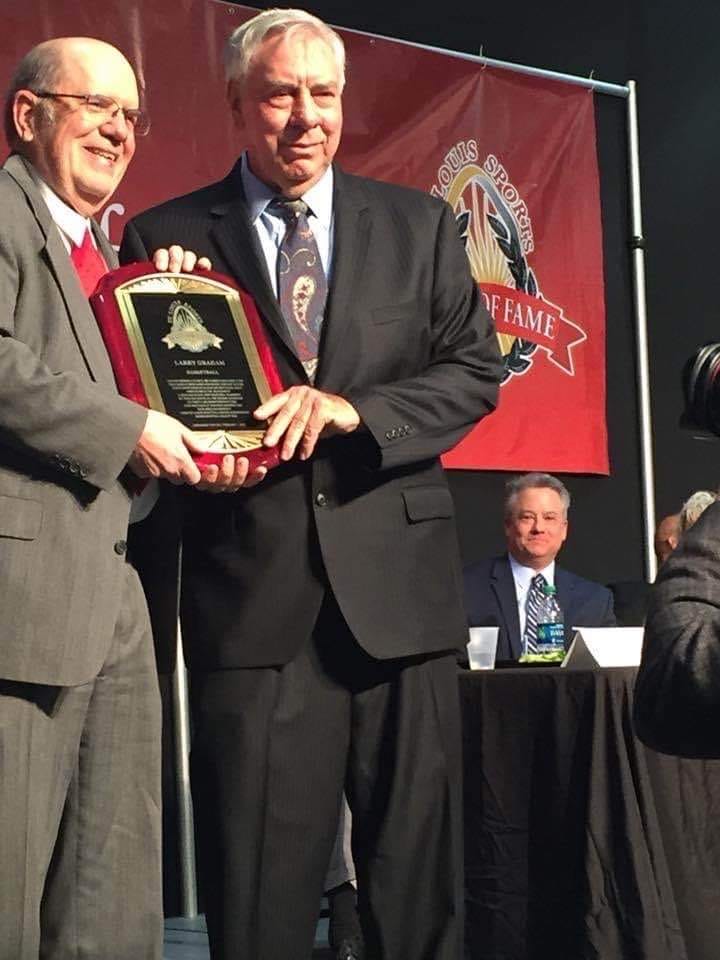 Graham is pictured, above  with former Alton Telegraph sports reporter Steve Porter at the St. Louis Sports Hall of Fame enshrinement banquet in 2018.

When Graham was inducted into the St. Louis Sports Hall of Fame, his friend Steve Porter presented him with the award and interviewed him at the dinner.

“I would always run into Larry around the metro-east,” said long-time Belleville News Democrat writer David Wilhelm. “He enjoyed talking to everybody and always got along well with the sportswriters. He was always friendly and had a kind word for you.” 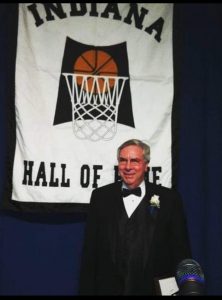 Despite all he had accomplished in his life—and continued to do—he was very modest.

“One year, I saw him at an SIU-E men’s basketball game and he mentioned to me that he was going to be inducted into the Indiana Basketball Hall of Fame.,” said Wilhelm.

He was being inducted for his contributions as a player at Odon High.

“I thought it would be a nice story to tell the Belleville News-Democrat readers. Larry was always well-spoken, so the interview went very well and I wrote the story. The next time I saw him, he said, ‘David, you made me famous.’ That’s the kind of guy Larry was. In reality, he already was famous based on his own impressive resume of work.”

Larry Graham’s many accomplishments and accolades are nothing compared to the impact he made on people’s lives.

Nicholas Hand, now in his last year at law school, was a young student at Lindenwood University when he first met Graham while pursuing his undergrad degree in 2006.

Larry Graham with Nick Hand at a basketball game.

“I received a grant/scholarship to work for the Men’s Basketball program,” said Hand. “Larry was one of the assistant coaches, and I had no idea that would turn into a 14 year friendship/mentorship”

Though his scholarship was to work with the basketball teams, Hand always made it known that his favorite sport was hockey.

“I learned so much from Larry about basketball, life, coaching, and teaching,” he said. “And there wasn’t a day that he wouldn’t give me a hard time about being a “hockey guy.” He would always have his arms and hands out saying, “HOCKEY?” much in the same way he would get on basketball referees and criticize late-game coaching decisions.”

Hand says he has a lot of stories about Graham but he will always remember how he always had a competitive spirit.

“His competitiveness and (basketball) shot never left him,” said Hand. “Before or after Lindenwood practices, he would challenge me to either a free throw or three point contest–always best-of-five.  One of Larry’s favorite sayings was, “YOU GOTTA HIT YOUR FREE THROWS!

“One day I got lucky and the ‘hockey guy’ hit four of five three-pointers and Larry only hit three of five. Of course, it playfully bothered him that I beat him that one time (out of probably 100.  Even in his late 60s his shot was neat to watch.

Graham was always getting involved in things and enjoyed shooting the breeze with whoever he was around—often the media.

“It was a great chance to catch up over the long weekend, and as Steve Porter (Alton Telegraph) can attest, there was never a dull moment at the media tables with Coach G around,” said Hand.

Graham was known to go into the media dinner rooms for the buffets. Porter who was a good friend of his said, “he was a fan of the buffets.” He chuckled when he remembered a story Graham had told him about a road trip with the late broadcaster Joe May for one of the SIU-E games being played at Southern Indiana in Evansville. According to Porter, May was Graham’s favorite broadcaster. May is shown below with Harry Gallatin calling Cougars basketball back in the day. 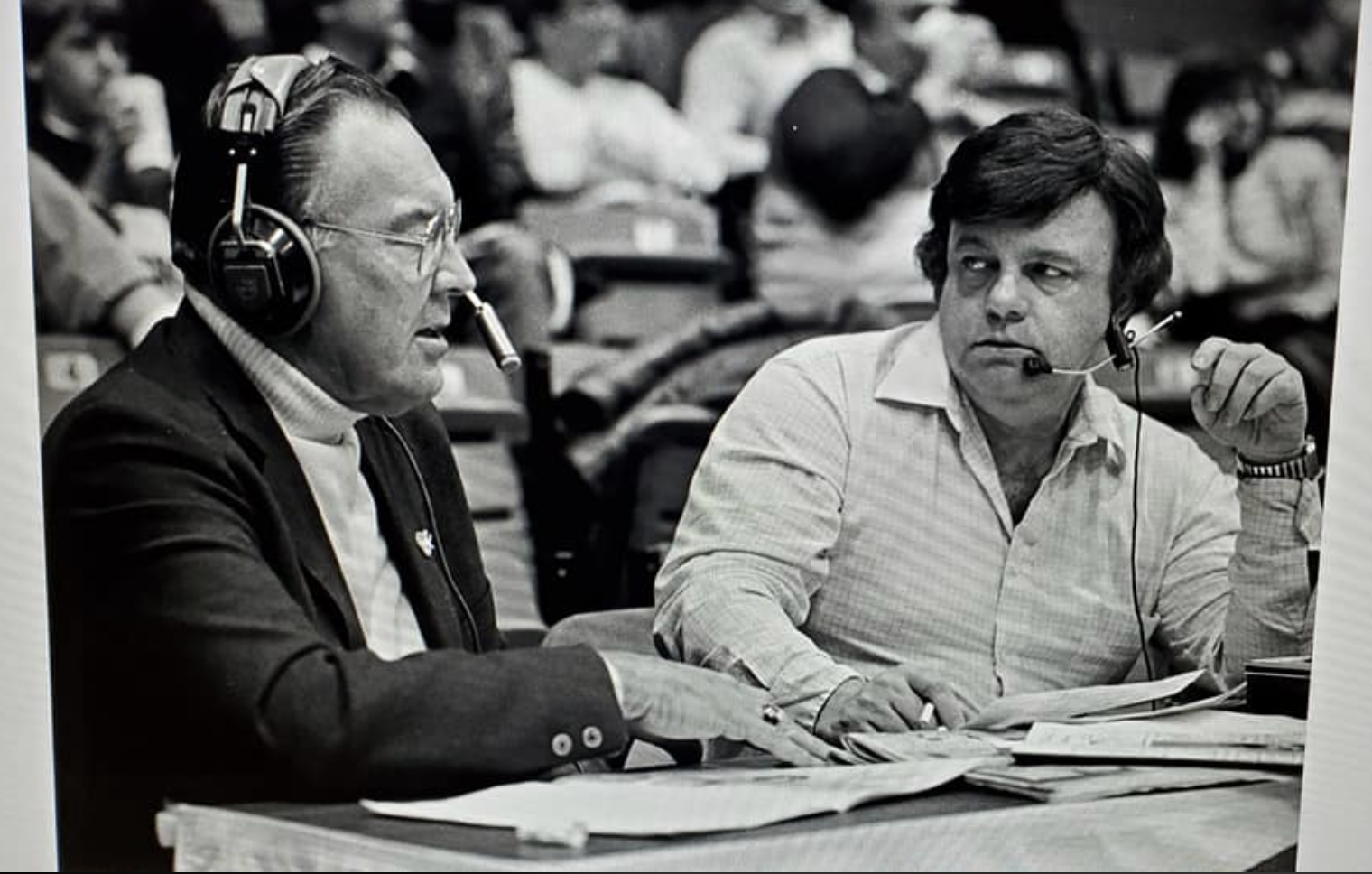 “Joe was always in charge of where the Cougars were going to eat,” said Porter. “On the way there, they stopped at a Ryan’s Steak House Buffet in Marion and they all ate too much before the game. Coach Graham told Joe, ‘well we can’t eat here on the way home!’ So Joe had them stop at a Ryan’s Buffet in Mount Vernon.”

Hand remembered many times at the buffets at Arch Madness but one stuck out.

“One of our favorite moments was getting to sit down at the media dinner a few years ago with John Rooney in between sessions,” said Hand. “It turned into an hour and a half conversation about basketball, Cardinals baseball, and broadcasting. Larry turned to me after and said, ‘Nick…that was cool!’”

Rooney probably said the same thing about Graham to someone else that night.

Marshall Newman said Graham cared about the players he was coaching.

“His X’s and O’s were far beyond his time,” said Newman.  “In an era that featured very rigid and structured offensive schemes, Coach G was far more concerned with teaching players to ‘play rather than teaching them ‘plays.’”

Porter commented on his coaching style. 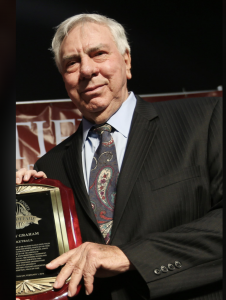 “He was a players’ coach,” said Porter. “His players loved playing for him. He gave his player freedom and  had sort of a free-wheeling offense, he kept it simple. One day I asked him to describe his offense and he said ‘organized freelance.’”

Newman respected Graham as a coach.

“He was one of the most laid-back coaches I have ever been around,” he said.  “He let his teams play loose and not uptight.  He had an amazing way to relate to young people and build trust and bonds with them.  This wasn’t limited to players as coaches would always gravitate to ‘Buddy’ for help, insight or just to bounce ideas off of him.

“His responses seemed to always be open ended such as ‘Maybe…’ ‘I don’t know, you tell me…’ and my personal favorite ‘I like thaaaaaaaat…’ For years I chalked this up to indecisiveness it was only recently that I realized he was teaching young coaches to think for themselves and trust their instincts.”

David Wilhelm knows Graham’s death will be noticed for a long time.,

I’ll miss seeing Larry around,” he said. “He loved basketball, but more importantly, he loved family and friends. He will be missed by so many.”

“I was blessed to know you for the last 14 years. I couldn’t have asked for a better cheerleader, mentor, and friend. You were ‘A Great American!’ and the definition of ‘Big Time!’ Rest in peace, Coach.”

Larry’s visitation has been scheduled from 4:00 P.M. to 7:00 P.M. at Sunset Hill Funeral Home located at 50 Fountain Drive, Glen Carbon, IL on Monday, September 7.  A private family service will begin at 7:00 P.M.   A celebration of life for all family, friends, and past coaches and players will be scheduled in the summer in coordination with the IBCA of Southern Illinois Hall of Fame event.