One of the finest men I’ve ever known died this week.

Charles Drury Sr., or CLD as he was known to all, was the founder of one of St. Louis’ leading companies, Drury Hotels, but to define his life with that one caveat does the man a great disservice. 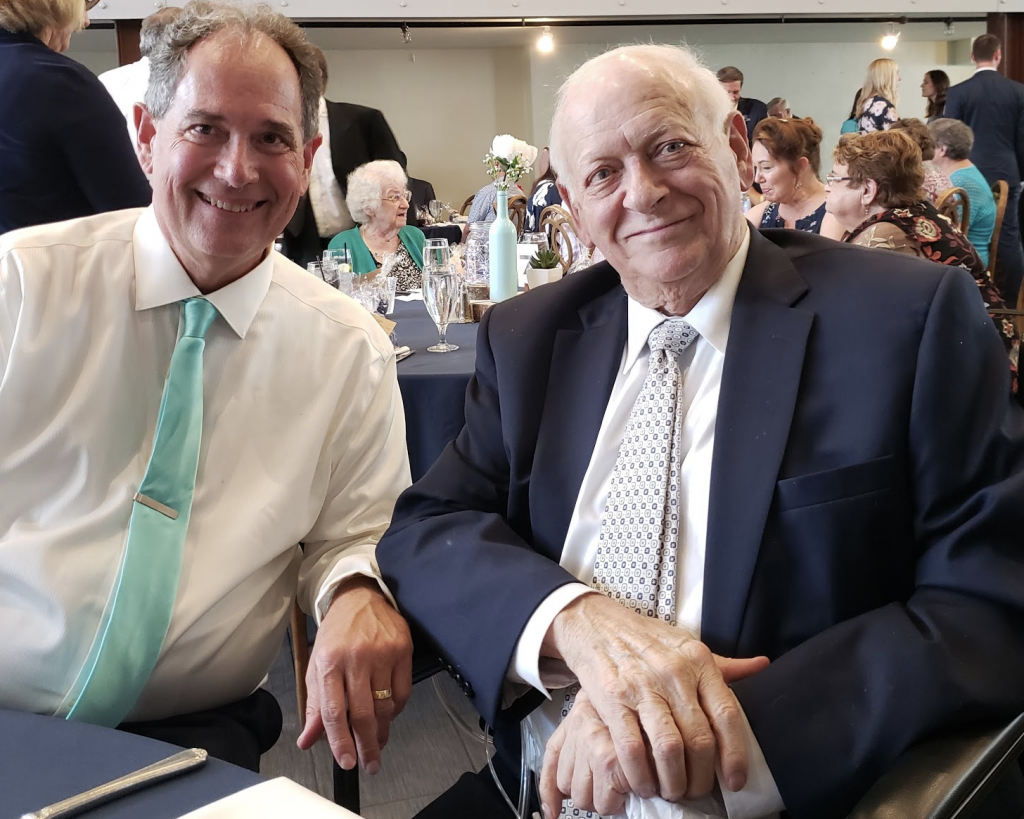 Our family had the privilege of knowing CLD, his wife Shirley, sons Tim and Chuck, and the rest of the family for more than 30 years. As successful as he became in business, he never really left the farm in the tiny town of Kelso, Mo., where he grew up.

CLD was a man with high values, who appreciated hard work, and respected those who also worked hard. He didn’t have time, or patience, for people who didn’t share those views.

One time, when the downtown Drury Plaza hotel was under construction, we got a preview of how the renovation project was progressing. He pointed to a wall and told us the person who had been doing the plastering job had not done it correctly. So CLD, who did that job when he was a young man, stepped up and did it himself – the right way.

We shared many dinners over the years with he and his wonderful wife Shirley; and one of CLD’s best traits was that he was always interested in other people. He wanted to know what you were doing, what your kids were doing, what was going on in your life.

He never wanted to see his name in the headlines. He preferred to do his good works in the background. His family, and company, was one of the leading donors to Rainbows for Kids, but he never wanted recognition for those efforts – which literally made it possible for a small charity to help thousands of kids in the St. Louis area suffering from cancer and their families for the last 20-plus years. 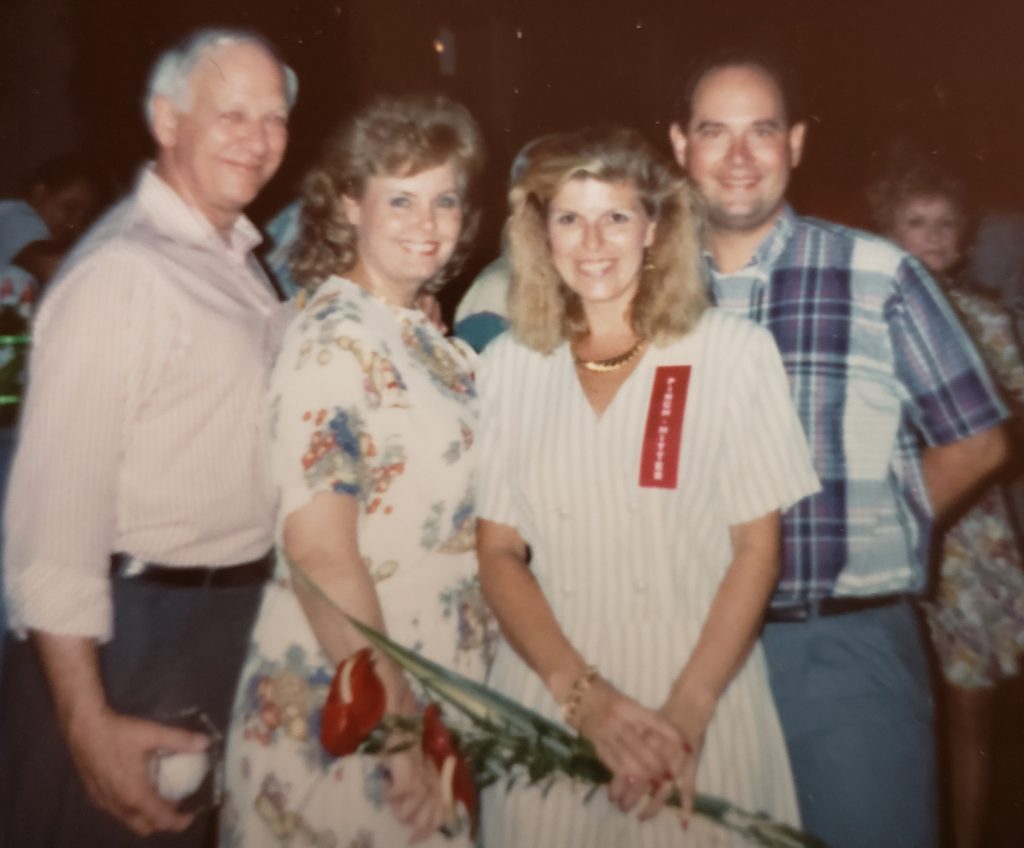 He always wanted to support the people who did the work. One of the first times we realized this was when my wife, Sally, was in charge of the Ball-B-Que, a fundraising event organized by Cardinals wives and wives of the media members who covered the team. The photo, right was taken that night. CLD could tell after the event at Grant’s Farm how hard the organizers had worked to put it on – and he sent Sally a free night certificate to go relax at one of the Drury Hotels.

CLD didn’t have to do that, but he wanted to. That was his way, his way of saying thank you.

CLD cared very much about what was happening in the St. Louis region. He and his company supported numerous charities and organizations, all of whom he thought performed a valuable function. He knew the one way he could help them was to support them financially. He didn’t want credit for it, he just wanted the people in charge to realize that somebody understood what they were doing and to thank them for it. He knew those efforts made our city a better place to live.

When I think of many of the notable events in our lives in recent years – my father-in-law’s funeral, our son Mike’s wedding – CLD and Shirley were there. They were a part of our lives, and we valued and cherished their friendship.

In recent years, CLD had some health challenges, but he kept going, and he stayed current with everything that was happening with his companies and in the world. He was 92, but he still spent at least a part of most days in the office.

He no longer was able to conduct a meeting while sitting on the floor, which he did often. He was not big on formalities, unless it was one of the biggest moments in his life – having a private audience with the Pope at the Vatican.

CLD was a deeply religious man, and thankful to God for everything that had happened in his life. I think sometimes he would admit he was surprised that his company had become so successful, but it was because of the way he ran it, the way he raised his children, the people he hired. Nobody ever wanted to get on his bad side. 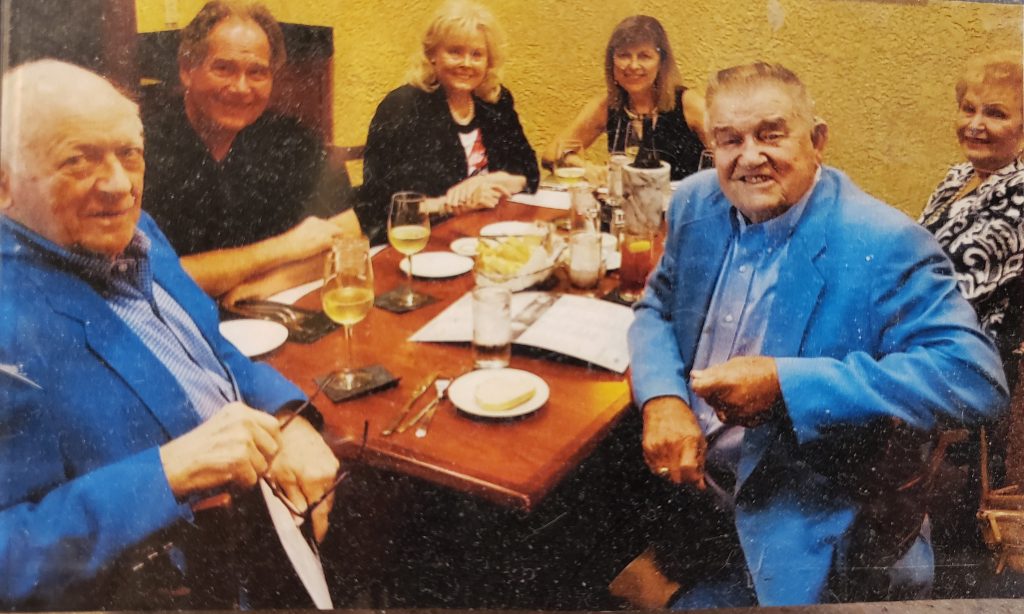 One time not too many years ago he told me he had one regret in his life. When Anheuser-Busch decided to sell the Cardinals 25 years ago, I suggested to CLD that he look into buying the team. He quickly dismissed the idea, despite the fact he was a big baseball fan who grew up loving Stan Musial and later became good friends with Whitey Herzog.

When we were having dinner one night, maybe five years ago, he said, “I should have listened to you.” He was referring to that suggestion. “I didn’t think we could do it,” he said, “but we could have.”

CLD liked to tell stories of growing up on the farm, getting up early in the morning to milk the cows. Many times when he tried to begin telling a story – which always had a point – Shirley would look over at him and say, “Oh Dad, they don’t want to hear that.”

He told the story anyway.

I will miss those stories, those times we were together for lunch or dinner or at a charity event. Luckily, I have the memories and I can’t thank CLD enough for that. 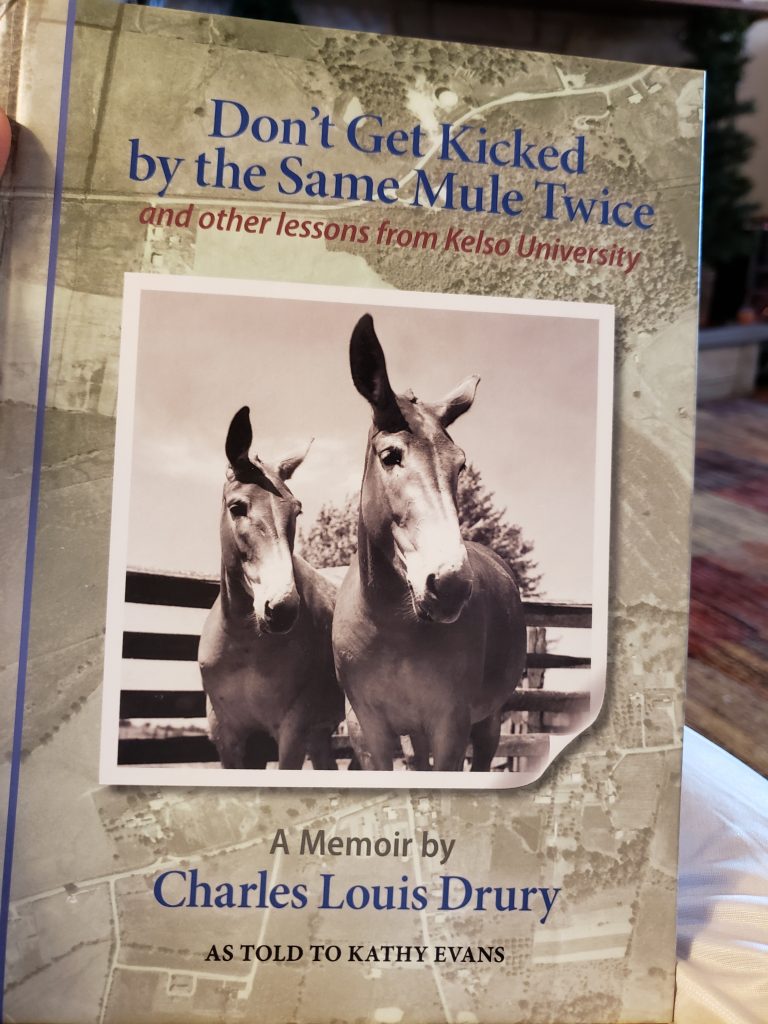 Don’t Get Kicked by the Same Mule Twice; Lessons Learned from Kelso University

By Charles.Drury and Kathy Evans (Published 2019)

Excerpt from his ‘Note to Reader’:

The most important question we can ask is one from the Baltimore catechism: “Why did God make me? Answer: God made me to know Him, and to serve Him in this world, and to be happy with Him forever in heaven.” Whatever we do in life, it ought to be to serve God, to know Him and love Him… Our values and morals aren’t old-fashioned, they aren’t out of date, and they do apply today. It’s the values of church, work, and family that will save you. Not wealth.