As the Cardinals prepare to play the Padres in the best-of-three wild card round beginning Wednesday night in San Diego, here are 10 numbers to know about the matchup:

0.00  That would be closer Trevor Rosenthal’s ERA since he was acquired by the Padres in a trade from the Royals. In 10 innings with his new team, Rosenthal has allowed only one unearned run while giving up three hits, walking one and striking out 17.

6 This is how many different hitters the Cardinals started in the cleanup spot in the regular season, including rookie Dylan Carlson, who started there for the first time in the final game of the year on Sunday. None of the hitters performed well in

that spot, posting a collective .198 average, which ranked 14th in the NL, ahead of only the Cubs. The group combined for eight home runs (ranking 14th) and 30 RBIs (12th). Carlson became the first 21-year-old player to start a game hitting cleanup for the Cardinals since Albert Pujols in 2001. He was moved into that spot in part because of the failure of the more veteran hitters. In the final 14 games of the season, the various hitters in that spot were a combined 3-of-43 with only one extra base hit, a double by Matt Carpenter, who also had the only RBI. The group totaled 21 strikeouts in those games.

14 The number of times the Cardinals have been to the playoffs in the 21 seasons since 2000. It’s also the number of years since the Padres’ last postseason appearance, in 2006, when they lost to the Cardinals in the Division Series.

16-13 With the Cardinals playing all of the games in this series in San Diego, it might be good to know that this was their record in 2020 in games away from Busch Stadium. This total does include the makeup games in doubleheaders when they were designated as the home team, and hit last, even though the game was played in the opponent’s stadium.

17 The number of players expected to be on the Cardinals’ 28-man roster who appeared in the Division Series last year against the Braves or the NLCS against the Nationals. This should be an advantage for the Cardinals as the Padres do not have nearly as much postseason experience on their roster. The only regulars with more than 10 games played in the postseason in their careers are Eric Hosmer and Manny Machado with Rosenthal having the most postseason experience on the pitching staff. Of the Padres projected starting pitchers, the only one who has previously started a game in the postseason is Mike Clevinger (seven starts) but his status is in doubt for this round because of an injury.

33 Especially if the Cardinals want to win this series, they will have to take advantage of their strengths, which include pitching and defense. This is the total number of defensive runs saved by the Cardinals in 2020, the most of any team in the major leagues. San Diego had a team total of just six defensive runs saved for the year, which ranked 14th in the majors.

51 The total number of home runs hit by the Cardinals this season, which ranked last in the major leagues, seven fewer than any other team. The Padres hit a total of 95 home runs in 2020, which ranked third in the National League behind the Dodgers and Braves. Nobody on the Cardinals hit more than seven home runs while four Padres finished with 10 or more.

55 The Padres led the National League with 55 stolen bases during the season, but none of course came against Yadier Molina. The Padres were thrown out in only 13 of 68 stolen base attempts, giving them a success rate of 81 percent. Molina, who turned 38 in July, cut down five of 11 runners trying to steal against him this year, a success rate of 45 percent. Opponents attempted only 15 stolen bases against the Cardinals this season, by far the lowest total in the NL.

Follow Rob Rains on Twitter @RobRains and read his stories @STLSportsPage.com for complete coverage of the Cardinals in the postseason 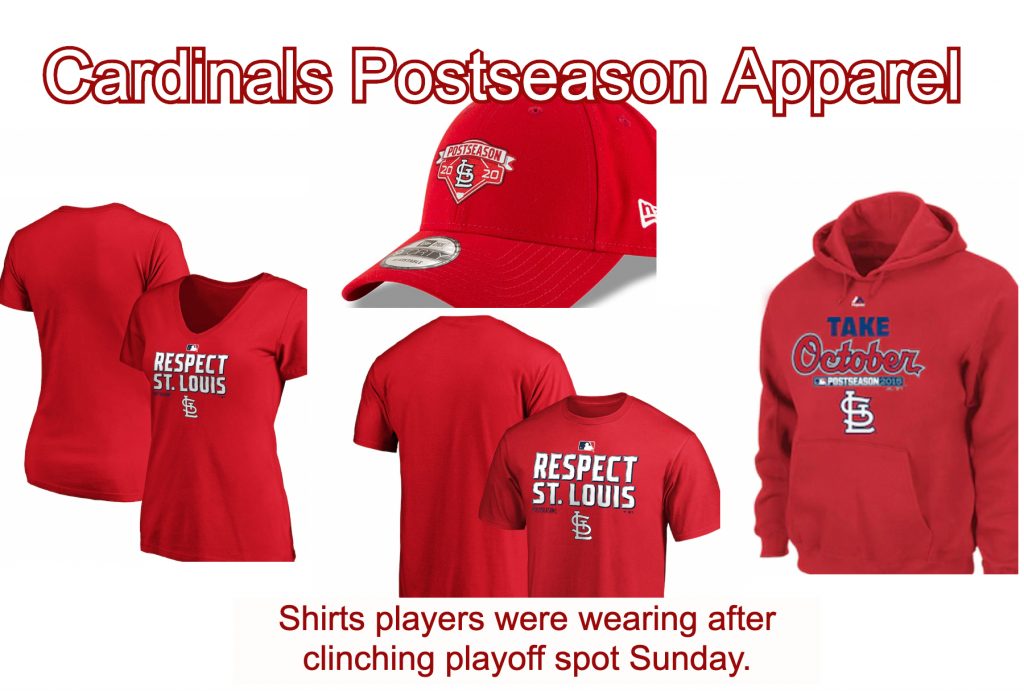