Former Cardinals outfielder and current broadcaster Jim Edmonds believes he could have “a lot to offer” working with the team’s young hitters and is trying to figure out a way he could do that next season.

It isn’t likely, however, that the role will be as a full-time member of the coaching staff.

“I have mixed emotions about it,” Edmonds said during an interview on Monday. “I think I have a lot to offer. I don’t know if I have the time but I’m trying to figure out if there is a way I can create a role where I can be used as needed and maybe just not be a full-time coach.

“It’s a shame that it (coaching) is such a grind. It’s such an awesome job and such a fulfilling job to help these young players. I have kids, I just built a new house, I’m going through a divorce. The best thing that happened to me this year was that when COVID hit we were able to work from a studio (for road games) so I would go to work and get to come home to my family every night. That’s something you can’t do as a coach and is something I’m kicking around right now. I don’t know if I can do a full season like that.”

Edmonds, who spent 17 years in the majors including eight with the Cardinals, said he has informed John Mozeliak, president of baseball operations, that he is interested in becoming more involved with the team’s hitters moving forward if something can be worked out.

“I’m not saying I want to cherry-pick any position; I’m just saying whether I am getting paid or not, I am always available for these guys and Mo knows that, Mike Shildt knows that and the coaching staff knows that,” Edmonds said. “I would like to maybe create a situation where I could come in there and spend some one-on-one time with guys that they just don’t get because they (the coaches) don’t have the time because there are 25 guys with one hitting coach and one assistant. There’s no way one guy can do all that work.

“I’ve had a conversation about helping a few guys and they know I’ve done it in the past. I do talk to some of the players and send them photos and talk about video. I have such a good relationship with some of these kids and have a good relationship with Jeff (Albert, the hitting coach) that I will just send them pictures – ‘look at your body position here, look at this or that.’ Sometimes that’s an eye-opening experience because during the course of a season the games and the days go by so fast that if you forget one thing then all of a sudden everything you thought about yesterday is gone and you are on to a new day.

“I’ve tried to help out when I can. You’ve got to know when to shove it in their faces and when not to … These kids know I have their back no matter what, good or bad. I know what I tried to do as a player when I was going bad and what I did and they listen. It’s fun to be able to do that.”

The Cardinals have not determined if they will be making any changes to their coaching staff for next season. They finished last in the majors with 51 home runs this season and ranked 28th in runs, 26th in OPS and 27th in slugging percentage.

Edmonds also confirmed that he was one of a group of former players, along with Chris Carpenter, Jason Isringhausen, Ryan Ludwick and others, who were let go from their jobs as special assistants recently when the team made a series of cuts throughout the organization in response to the loss of revenue caused by the coronavirus pandemic and no revenue from ticket sales.

“I got fired,” Edmonds said. “When Mo called I said, ‘Tell me you’re not firing me’ and he said he had to make some cuts. The Cardinals have been so amazing to me I would work for them forever and not go anywhere else. I would do whatever they paid me to do for free.

“I have said, ‘Mo I’m available.’ I don’t need money; I just want to help. I’m never going to go away; I’m always going to be ready to help these young players. ‘If you need me I’m here.’ That was our conversation.” 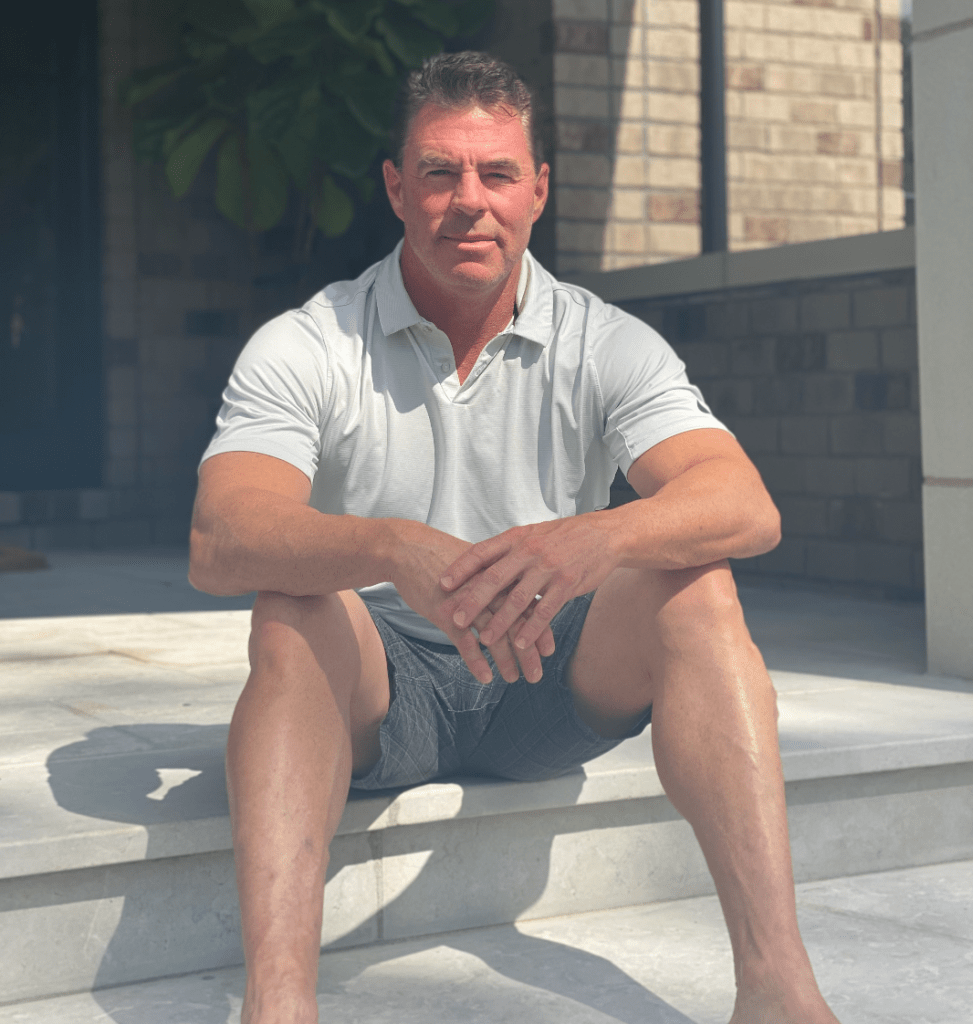 Edmonds does know what he wishes he could do, especially during games.

“I wish I could sit there on the bench every single day and talk to them the way I was talked to as a young player,” he said. “Unfortunately, I don’t think the coaching staffs have time for that anymore. There’s so much analytics and so much paperwork that the good ol’ days of Rod Carew sitting there and every time you walk back to the bench after your at-bat you know you are going to get an earful whether it’s going to be good or bad. That information is priceless and I think we are missing that in this day and age.”

Edmonds did not have a chance to work with hitters that closely this season because of the COVID-19 related protocols. He did have an opportunity to watch them through his duties working for Fox Sports Midwest.

How much the team’s offense was affected because of the stops and starts and shutdowns to the season is hard to determine, said Edmonds, who also contracted the virus shortly after spring training ended.

“I know those guys wouldn’t want me to make excuses for them because they never made them for themselves,” Edmonds said. “I definitely can’t imagine that it helped, obviously. They shut baseball down as a team twice, and that’s hard to do. I don’t know how they could overcome that other than basically guys trying to find places to work out under the radar.

“Mentally it probably had to have a bigger toll on them than anything. If you can think of it, it happened to them. I think you’ve got to give them credit as an organization for just being able to keep their heads above water. I think they did better than probably most people thought they would given the circumstances.”

One former Cardinal who also had to deal with the virus, and is now enjoying a breakout postseason, is Randy Arozarena with the Tampa Bay Rays.

Edmonds worked with him in past springs with the Cardinals and said he saw Arozarena’s ability that has now been on display for everyone to see.

“He had some flashes of being amazing,” Edmonds said. “He just never really got a chance to play. He was always just that guy who would get one at-bat here or there (in the spring). Then when he came up it was hard to get him in the lineup. It was hit or miss.

“You could see that he had the ability; I just think he didn’t get a chance. When you are given a chance it makes all the difference in the world.”

Arozarena was 6-of-20 with one home run for the Cardinals after he was recalled from Memphis in August of last season, making just three starts, and then was 0-of-4 in a very limited role in the postseason. After being traded to Tampa Bay last January along with Jose Martinez for pitching prospect Matthew Liberatore, Arozarena has thrived with the Rays with a .356 average and seven home runs in 14 postseason games.

He was the MVP of the American League Championship Series and leads the Rays into the World Series against the Dodgers beginning Tuesday night.

“Everyone knows what’s at stake right now and anytime you can put together a good stretch of a couple of weeks, especially in the playoffs, it’s going to get noticed and he is doing it from every angle,” Edmonds said. “It’s been amazing to watch.”

Arozarena’s performance followed a poor offensive season from most of the young outfielders the Cardinals kept last winter, when the team thought it had enough depth that it could make the trade with the Rays, expecting that Arozarena would be fighting for playing time behind Harrison Bader, Tyler O’Neill, Lane Thomas and eventually Dylan Carlson.

“Sometimes you have to let guys go,” Edmonds said. “Sometimes it looks like it’s going to  backfire but give Mo credit for letting him go and get his career started. It isn’t always going to work out that way. Guys are going to go and flop wherever they go and some are going to be good.

“The Angels traded me thinking I wasn’t going to get any better; I was a problem and this and that. It either works or it doesn’t work. Congratulations to Randy. Everybody deserves a chance.”

Despite the struggles of their young outfielders this season, Edmonds still has high hopes for the players the Cardinals chose to keep over Arozarena.

“The hardest thing is you can’t tell what anyone is going to do from the way they played at Triple A,” he said. “There’s a reason there’s a saying called ‘4A.’ There are guys who can play at Triple A and can’t play at the big-league level. There’s no place in between. Either you can or you can’t. You have to eventually figure out who can or who can’t.

“Sometimes you are going to lose players along the way and that’s just part of the game … Randy could have been one of those guys sitting in Triple A for life. I’m just happy for Randy.”

No matter what happens to his desire to become more actively involved in working with the team’s young hitters, Edmonds intends to keep watching them, and helping where he can, from his seat in the broadcast booth.

“They still have a lot of growing to do,” Edmonds said. “There’s a lot to be learned day in and day out. Some of them are picking it up slower than others. It will be fun to watch these guys. 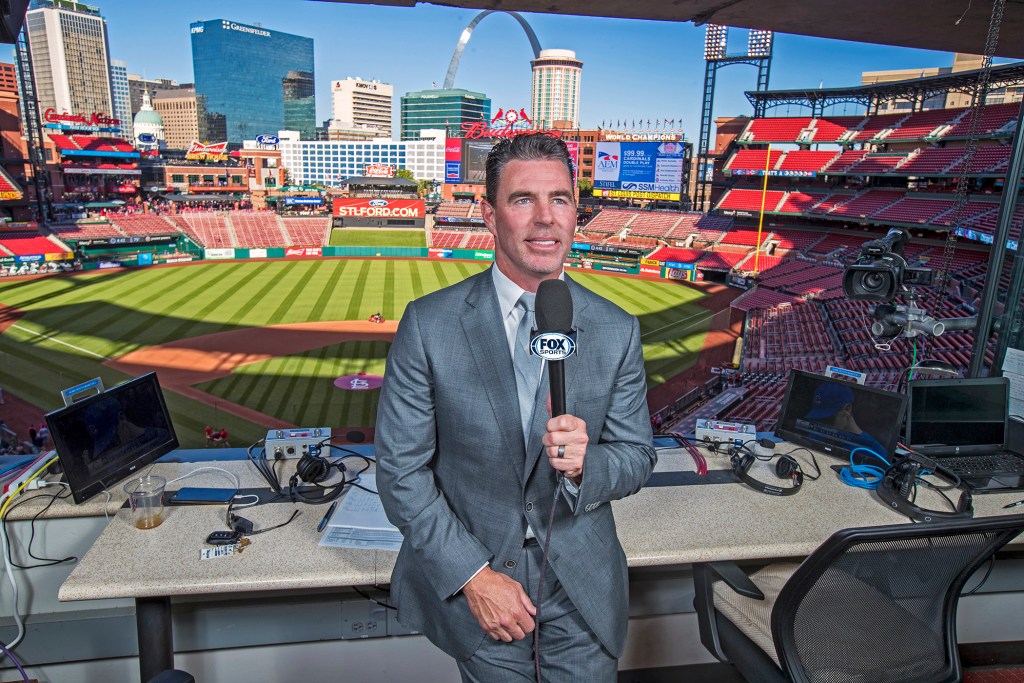 “Two years ago I just did spring training and helped whenever I could come in and work with the outfielders. It’s been a lot of fun to live and die with these guys just like I would if I was their teammate. It’s kind of brought baseball back into my house.

“Broadcasting has been more fun each day. Danny Mac is beyond amazing and been so helpful to me and such a great friend. As far as I know that’s going to stay the same and I look forward to doing more and more games each year.”