There have been some crazy endings to football games in Columbia over the years, a lot of which have gone against the Missouri Tigers, and it appeared Saturday was going to be the latest entry on the list.

Arkansas’ attempt for a two-point conversion was successful when a pass deflected off the hands of a Missouri defender into the arms of the Razorbacks’ Mike Woods, putting them ahead 48-47 with 43 seconds remaining in the game.

But quarterback Connor Bazelak led the Tigers on a 60-yard drive in seven plays to set up the game-winning field goal by freshman Harrison Mevis on the game’s final play that turned the apparent heart-breaking loss into a dramatic 50-48 win.

The Tigers scored 27 points in the fourth quarter.

Bazekak completed four of four passes on the drive to guide Missouri to the Arkansas 15-yard line before Mevis kicked the 32-yard field goal, his fifth field goal of the game.

The win was the fifth in the last six games for Missouri, which got another big game from running back Larry Rountree III as he rushed for 185 yards and three touchdowns.

Bazelak completed 32 of 49 passes for 380 yards as the Tigers rolled up 653 yards of total offense.

The Arkansas lead grew to 40-26 before Tyler Badie scored on a 46-yard run and Rountree had his third touchdown to tie the game at 40-40.

Badie added another score on a 25-yard run to put Missouri in front 47-40 with 4:43 to go. A touchdown by Arkansas brought them within one point and the successful two-point pass looked like it would be the game-winning play before the last Missouri drive.

The Tigers were forced to play the second half without linebacker Nick Bolton, who was ejected late in the second quarter for targeting. He also will have to sit out the first half of next Saturday’s rescheduled game against Georgia in Columbia. 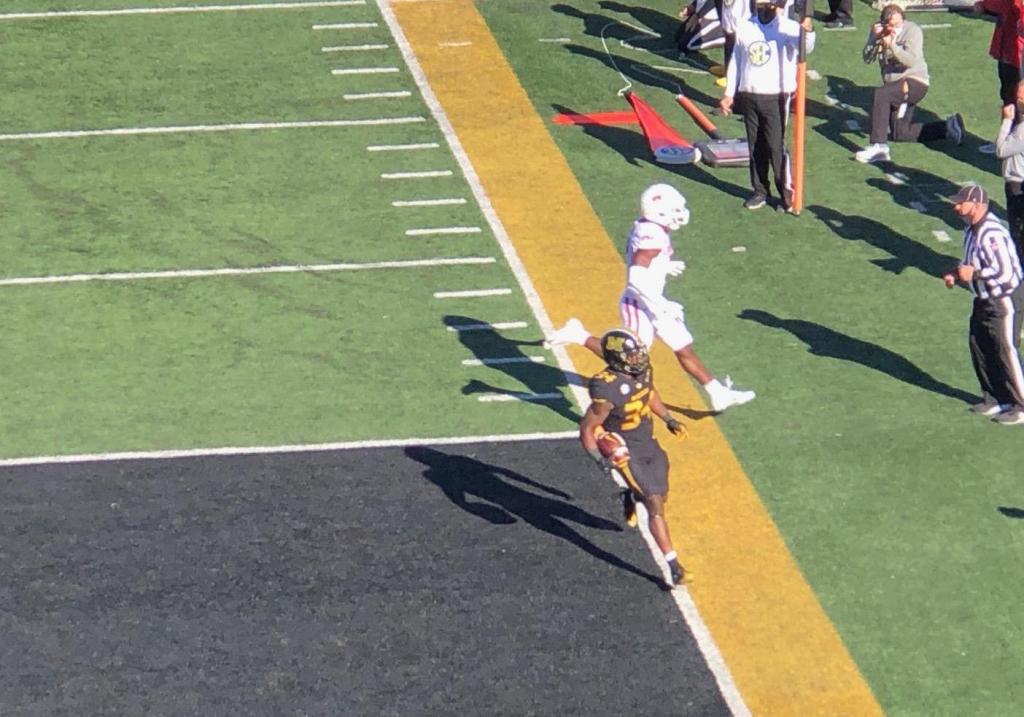