The Cardinals have announced Thursday that fans will be able to catch all of the club’s 2021 spring training games on either FOX Sports Midwest, KMOX 1120 AM/Cardinals Radio Network affiliates (CRN) or streaming via the MLB app or cardinals.com.

FOX Sports Midwest (rebranding as Bally Sports Midwest in the coming weeks) is scheduled to televise 12 games in 2021.  The television home of the Cardinals kicks off its live game coverage with the spring training opener vs. the Washington Nationals on Sunday, February 28, at Roger Dean Chevrolet Stadium and continue with the club’s next two games on March 2 & 3.  Each of FOX Sports Midwest’s telecasts will also be streamed live on FOX Sports GO and most afternoon games will be replayed in prime time.  The spring training television schedule is subject to change.  Dan McLaughlin will call the action alongside Jim Edmonds, Brad Thompson and Ricky Horton.

The team’s flagship radio station KMOX 1120 AM will broadcast 18 spring games with Mike Shannon, John Rooney, Ricky Horton and Mike Claiborne at the microphone.  The radio schedule also begins on Sunday, February 28, vs. the Nationals.  The 145 Cardinals Radio Network affiliates will carry six of the seven Saturday and Sunday games, as well as eight evening matchups.  Fans are encouraged to check their local listings for details.

Additional Cardinals spring contests may be televised or broadcast by opposing teams and be available for streaming via the MLB app or cardinals.com.   The Cardinals 2021 Spring Training broadcast schedule is below: 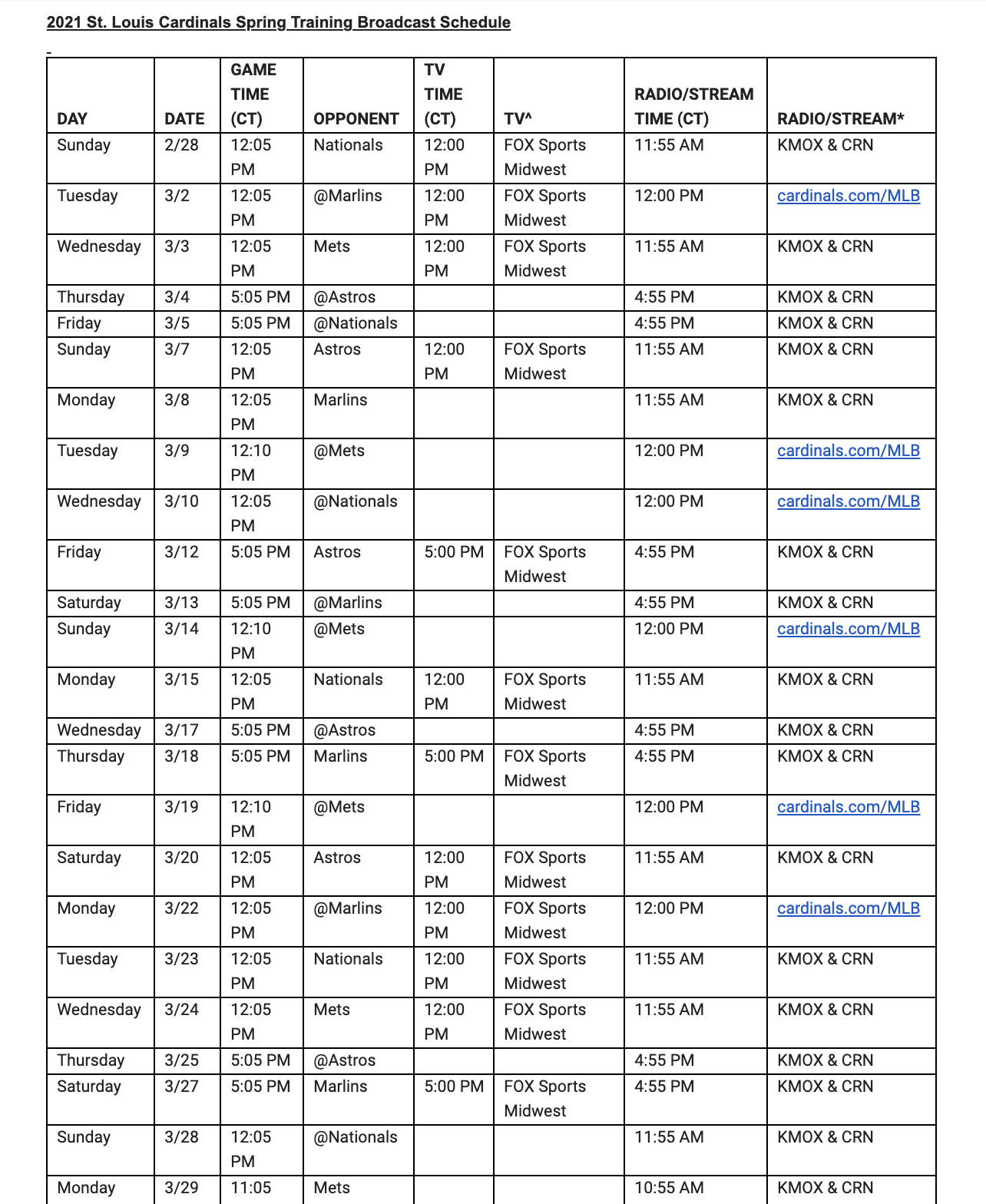 * All games broadcast on KMOX/CRN also streamed on cardinals.com and the MLB mobile app