JUPITER, Fla. – The trade for Nolan Arenado and the decision, at least for now, that there will not be a designated hitter in the National League this season has left Matt Carpenter without a spot in the Cardinals projected starting lineup.

And while he realizes Arenado will be at third, Paul Goldschmidt at first and Tommy Edman is slated to replace Kolten Wong at second base, Carpenter also came to camp this spring with a positive attitude about what he thinks will happen this season.

“I know if I hit like I know I’m capable, I’m going to help this team, plain and simple,” Carpenter said on Friday. “I think we’re a better team if I’m swinging the bat like I know I can.”

Carpenter doesn’t think that was the case in 2020, although he also said it was unfair to judge him, or any hitter, on the results from the shortened and interrupted season.

Still, he went into his workouts in the off-season determined to correct what he saw as the biggest problem in his game that has produced only a .216 batting average in his last 661 plate appearances since the start of the 2019 season – bat speed, or more specifically, a lack of bat speed.

“More than anything I was just trying to get my bat speed back to where I feel like it should be,” Carpenter said of his work at a new training facility this winter near his home in Texas. “I was able to accomplish that, doing a lot of functional baseball specific swing training, a bat speed program, flattening out my swing and trying to produce consistent line drives. It’s really kind of been the goal and I feel like I was able to accomplish that and I’m looking forward to putting it together.”

“There is a device called blast that is kind of a computer chip you can put on the end of your bat and it tracks your bat speed,” Carpenter said. “I’ve had measurables on that the last couple of seasons and built a program specific to increasing that speed in the offseason. I was able to track the numbers and they were going up. There was positive feedback there.”

For much of the winter the 35-year-old Carpenter appeared headed to a spot in this season’s lineup at third base following the departure of Wong as a free agent, which moved Edman to second. That all changed with the addition of Arenado, but the trade met with Carpenter’s immediate approval.

“My reaction was excitement,” Carpenter said. “Anytime you can add a player of Nolan’s caliber it makes the team better. We immediately got a lot better. I was fired up.”

Carpenter and Arenado already had a personal friendship and he said the two were texting back and forth before the deal became official.

Knowing the move would have a direct effect on Carpenter’s playing time, manager Mike Shildt said he waited until the day after the deal was announced before calling Carpenter.

“I let 24 hours go by for Carp to collect his thoughts before I called him and he probably didn’t need five minutes to do that,” Shildt said earlier this week. “He put his ego aside and said, ‘I’m so glad this guy is here. He’s going to make us better and help us get where we want to go.’

“He was genuinely excited, at the detriment of clarity of his playing time.”

Carpenter will get work in at third, second and first this spring, and said he can foresee a scenario at some points this season where he could play second and Edman could shift to the outfield on certain days.

Carpenter also knows there still is an outside chance a late rules change could restore the DH to the National League as was the case a year ago – but he is not counting on that happening.

“My mentality when I came down this spring was to expect the worst but hope for the best as far as that,” he said. “I’m planning as if we are not going to have it just like everyone is. For me that means repping at all kinds of positions, working at second base, finding a way to get in the lineup. If I’m pleasantly surprised with the DH before the season starts we will welcome that with open arms.”

Whether it’s as a DH, part-time infielder or pinch-hitter, what the Cardinals will welcome is seeing Carpenter return to his previous level of offensive success.

Carpenter thinks it can happen.

“I felt really good all off season and I feel really good now,” Carpenter said. “I’m looking forward to going out there and having good at-bats and being able to swing the bat like I know I’m capable of. Really that’s kind of my first and foremost mentality for this entire season.

“If I’m getting my bat in the lineup and I’m swinging like I’m capable of, I’m helping our team win ball games. That’s my mentality all spring to take care of that first. As far as where (position) and how, that will all work itself out.

“I still feel I’ve got a chance to really help our team offensively this season.”

For the first time in his career, there might be something different about Carpenter’s at-bats this year, especially in the early season – batting gloves.

“I do have some,” he said. “You might see them, especially in cold games. We’ll see. There’s definitely a chance.” 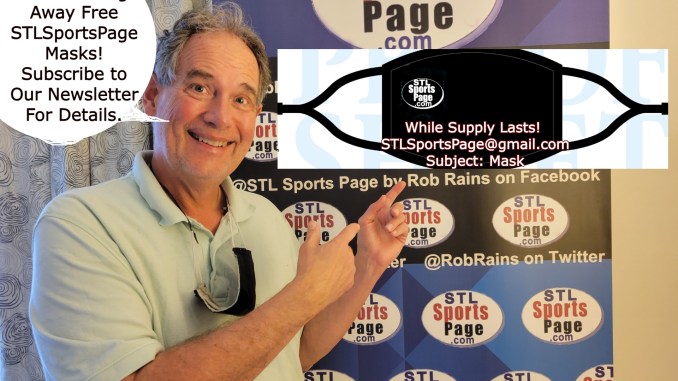