Nolan Arenado had hit a lot of home runs throughout his time in the major leagues but his home run in the eighth inning that sent the Cardinals to the home opener win over the Brewers on Thursday did something that the first 236 didn’t do.

It earned him a curtain call. 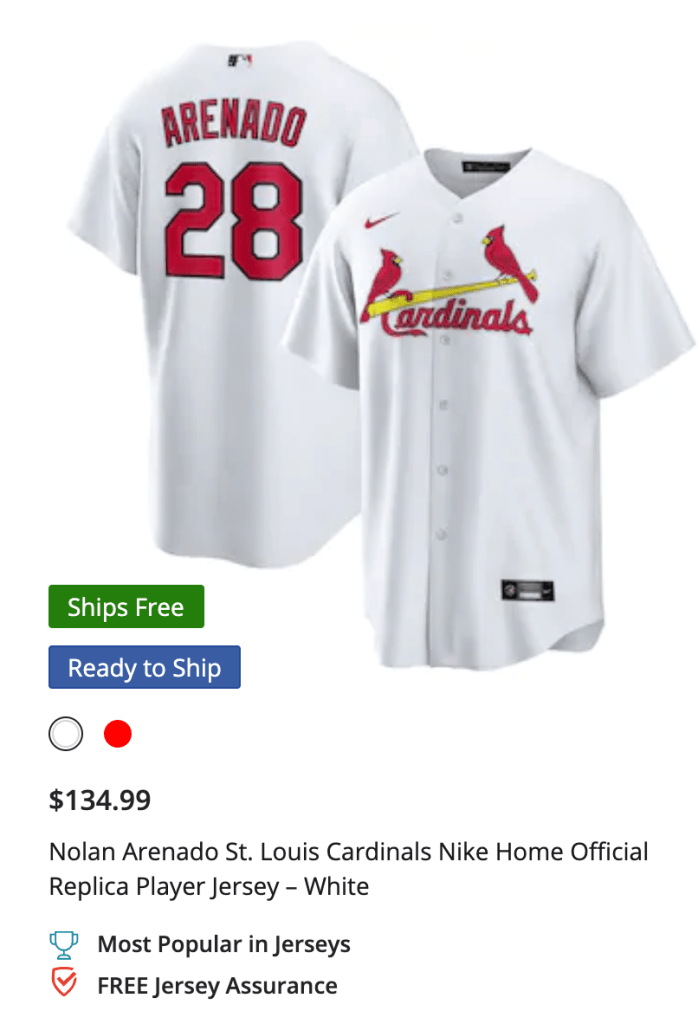 The two-run blast broke a 1-1 tie, gave the Cardinals the win and capped an emotional day for Arenado which left him still trying to soak in everything that happened, from the standing ovation before his first at-bat to being summoned out of the dugout after the home run.

“It doesn’t feel very real right now yet,” Arenado said. “It will sink in, maybe tomorrow on the off day when I get to relax. It was an unbelievable day from start to end, a great day, an amazing day, very thankful for it.

“I hit a homer for a cycle one time, still probably tops this, but I’ve never gotten a curtain call before. To get one of those was an unbelievable feeling. I was just so pumped up … it’s hard to put into words how special it was for me and my family.”

It took his teammates to tell Arenado he needed to acknowledge the crowd after he got back in the dugout following the home run.

“I wasn’t even thinking about it,” he said. “I was just happy I hit a homer. Carp and all of the guys were like, ‘You’ve got to get out there, get out there’ and when I did everybody was already standing. It was an unreal moment, I’ve never had that before.”

Adam Wainwright was watching on a television monitor in the training room, which is on a slight delay.

“Have your first big Cardinals, Busch Stadium moment right now,” Wainwright said he was thinking as Arenado came to the plate. “All of a sudden we hear the cannons go off and we were like, ‘Did he do it? Did he do it?’ and then we saw it was a homer. Happy for him that he was able to have that moment.

“The fans were as loud and awesome as they could possibly be. They were on their feet and going crazy but just imagine with 45,000 or 46,000 fans how that would have been. That’s a moment I’m sure he will never forget and none of us will. It was awesome.”

Here is how Thursday’s game broke down:

At the plate: The Cardinals had just one hit, a leadoff triple by Tommy Edman in the first, who was left stranded, and a hit batter before Yadier Molina singled with two outs in the seventh. Dylan Carlson doubled, sending Molina to third, and he scored on an infield single by Tyler O’Neill – breaking his 0-of-16 streak – and tying the game … In the eighth, pinch-hitter Austin Dean worked a walk with one out before Arenado hit the first pitch for the go-ahead homer … Of the Cardinals 10 home runs thus far, five have come in the seventh inning or later.

On the mound: Wainwright was able to get out of a first inning, bases loaded jam because of an outstanding catch by Carlson in center field … His throwing error on a pickoff attempt at second base led to the Brewers only run in the third … The bullpen combined to throw four scoreless innings, allowing only one hit.

Key stat: During their four-game winning streak, the Cardinals have scored 14 of their 18 runs in the sixth inning or later.

Worth noting: Paul Goldschmidt was held out of the game for precautionary reasons after complaining of back tightness. Manager Mike Shildt said Goldschmidt’s status was day to day with the team hoping he can play on Saturday … Kolten Wong was 0-of-3 after walking in his first at-bat in his return to Busch Stadium … Kwang Hyun Kim is expected to throw one more simulated game at the alternate site early next week before he will be added to the active roster and return to the starting rotation.

Up next: After Friday’s day off, the Cardinals and Brewers will play game two fhe series on Saturday afternoon. Carlos Martinez will get the start.