Olympians often come from humble beginnings. Such was the case of two track stars, Jesses Owens, and Missouri’s own, Helen Stephens. Teammates on the  1936 United States Olympic team held in Berlin. Both took multiple gold medals. Each captured gold in the 100 meter sprint, and the title of the fastest man and woman on earth. And both shattered world records in their careers while overcoming prejudices decades before Civil Right and LBGT legislation would be enacted.

Their triumphs are celebrated and best discovered by visiting their hometowns, Oakville, Alabama, the location of the Jesse Owens Memoria Park and Museum, and Fulton Missouri, the city that gave Stephen’s her nickname, The Fulton Flash.

The Owens memorial site is more than a museum and a statue. Here is a research center,  a replica of the sharecropping cabin he was born in, exhibits, a theatre, and for those athletes (young or old) who want to try their skills at the Long Jump Pit. Jumpers are encouraged to see how close they can jump to Jesse’s gold medal jump of 26 feet, 5  5/16 inches.

Want to know more? Then travel to Ohio State University and visit their library. The destination for scholars to admirers of Owens who wish to research his life either onsite or online. OSU’s collection dates to Owens time as an Ohio State student, which began  in 1933, to his death in 1980. Of special interest is the diary that Owens kept during the Olympics of 1936 and four medals awarded during those games. (The original medals were lost years ago and were replaced by the German government.)

Home of the Fulton Flash

Unlike Owens, there hasn’t been established a permenant museum honoring Helen Stephens, yet. However, the best place to discover who Helen Stephens was is to visit her Fulton, Missouri. Begin at William Woods  University where she attended college, and where she returned after retirement from civil service to coach track. Helen trained on what was then a cinder track. When she returned to coach in the 1980s the track had received the upgrades, which today is near the Helen Stephens Sports Complex. Call to take a tour inside the complex to catch the displays of memorabilia from Helen’s Olympic days, which at times has included her Olympic diary  The diary is part of Helen Stephens collections at the Missouri State Historical in Columbia, Missouri.

Back in Fulton, look for the old Fulton High School building, where her talents as a runner were first discovered by her gym teacher.  She use to like to run behind the school in the alley. Stroll, don’t run, downtown to window shop and have lunch, An activity Helen enjoyed when she came back home to visit. Trips that often included a stop at Westminster College, where she would retell memories of seeing Churchill on campus for his Iron Curtain speech. A site she return to on the day Ronald Regan and Mikhail Gorbachev spoke at the dedication of the Breakthrough  Sculpture –  made from sections of the Berlin Wall by Churchill’s granddaughter, sculptor Edwina Sandys in 1990.

To walk, or run, in the steps of Helen Stephens, I offer my top Fulton sites to explore.  Something I can speak of with some authority because I knew Helen. She was a dear friend,  who just like her Olympic medals, her friendship was golden.

The National Churchill Museum is housed in the lower level of The Church of St. Mary the Virgin, Aldermanbury, a seventeenth-century English church located within the heart of mid-Missouri in Fulton.

This church once stood in the center of London, England, where Nazi bombs gutted it during the Blitz of World War II. It is the only building in the United States designed by renowned English architect Sir Christopher Wren. It was moved stone by stone and reconstructed on the Westminster campus in honor of Churchill’s speech.  Adjunct to the church and off the quadrangle  is the Breakthrough sculpture. www.nationalchurchillmuseum.org

2: The Kingdom of Callaway Museum

over 100 vintage cars. A collection that begins with paying homage

to the Doctor’s Buggy its oldest car, the 1896 Ford Quadricycle, Henry Ford’s first automobile.  Fulton’s auto museum is unique in that it not only displays the vehicles, it shows them in historical context.  www.autoworldmuseum.com

Five years ago, Suzanne Corbett wrote a story about Helen for STLSportsPage.com. Here is an updated version of that article. 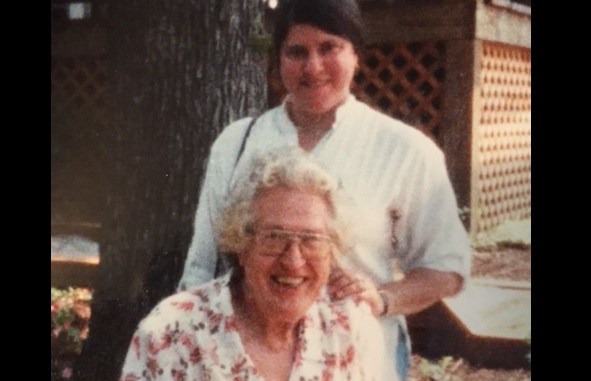 During  the track and field events at the Tokyo Olympics of 2021, I will watch and fondly remember the Missouri farmer who won double gold at the track at the 1936 Berlin Olympics, Helen Stephens, the Fulton Flash. An inspiring woman who was my mother’s workmate, best friend, and in turn became my unofficial aunt, who taught me her mantra, “Keep on, keeping on, and keep running.”

Helen lived her advice and embraced what she loved. And what Helen loved was to run. She discovered the joys of running on her family farm outside Fulton, Missouri  “ I always loved to run. On the farm I used to like to try out run the rabbits, and I often did,” Helen would say.

In an interview with the late St. Louis Post-Dispatch sportswriter Bob Broeg, Helen reported running a race with a horse in a short sprint in Canada, which she won.  Another story Helen loved to repeat was exhibition race in Springfield, Illinois between her and a car. As Helen told it, “ I beat an automobile in a short sprint because the driver had to shift into gear, and I didn’t.”

If you knew Helen, you would believe those claims. Nonetheless, the undeniable facts are Helen Stephens athletic achievements shines as bright as any 21st century track and field star. And not unlike many of today’s track stars who shared her humble beginnings, was discovered in school. As a 15 year-old high school student Helen unofficially equaled the world record in the 50-yard dash. Luckily, her high school coach took notice and worked to develop her natural talent. In spite of her high school superintendent’s protest, Helen’s coach brought her to St. Louis in 1935 for the Amateur Athletic Union National Indoor track meet at the old Arena. There she defeated the then world and Olympic champion, Stella Walsh from Poland.

The following year, Helen would repeat her win over Stella in 1936 Olympics, winning the 100-meter with a time of 11.5 seconds – running on a cinder track without starting blocks.  Helen’s second gold medal was for the 400-meter relay, which she ran anchor. Helen’s 100-meter time of 11.5 seconds was an Olympic record that remained unbroken until 1960 when Wilma Rudolph would shave a half second off Helen’s time. Then as now, the winner of the 100-meter earned the title of fastest woman or man in the world, which she shared in 1936 with her teammate, Jesse Owens.

During the games, Helen’s wins attracted the attention of Adolf Hitler who asked to meet her and had her escorted to his private box. I can still hear Helen’s voice retelling story of how Hitler greeted her with a sloppy Nazi Salute, which she didn’t return. Instead gave him as she described as ‘a good old-fashioned Missouri handshake’. Hitler told her she should run for Germany since she was a true Aryan type, which always made her laugh.  Helen always thought Hitler’s remark was funny, saying, “ The joke was on him, my great-grandmother was a full-blooded Cherokee.”

Hitler extended an invitation to spend the weekend with him in Berchtesgaden, which she politely refused.  During their short meeting Helen asked Dur Fuhrer for his autograph. He obliged. A photographer captured the moment, which enraged Hitler. Helen described the incident, “ Hitler took hold of him and shook him (the photographer) like a rat.”

After the Berlin, she continued her running career – never losing a race, winning more than 70 consecutive races.

After hanging up her track shoes as an amateur athlete, Helen toured playing baseball and basketball with her own team the  All-American Red-Heads (Helen noted that they all dyed their hair red).  With the encouragement of Abe Saperstein, manager of the Harlem Globetrotters, she established a professional exhibition women’s basketball team, the Helen Stephens Olympic Co-Eds.  After World War II and touring with her basketball teams Helen settled in St. Louis and worked for the government, retiring in 1976 along with my mother from the Defense Mapping Aerospace Center (National Geospatial Intelligence Agency).

Once retired from government service Helen returned to her Alma Mater, Williams Woods, to coach track. A firm believer in exercise and competitive sports, Helen helped establish the Senior Olympics, which she competed, and of course,  never lost a race. Before her death in 1994 Helen had been inducted into the National and United States Track and Field Hall of Fame, The Woman’s Hall of Fame and the Missouri Sports Hall of Fame.