There was a good crowd on hand to welcome the 2011 World Series Championship team. More than 30 former players and other team personnel came and the fans got to see them parade around the ballpark to “Here Comes the King”– a reminder of the many “Opening Day” ceremonies each of them have experienced when they were with the Cardinals. 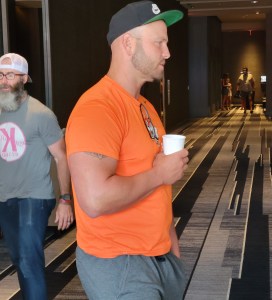 Matt Holliday (shown left)  was in town from Oklahoma. He is a coach for the baseball team at Oklahoma State with his brother head coach Josh Holliday.  Jason Motte was there. He is living in Memphis, where he is originally from ,and works with his Jason Motte Foundation.

Lance Berkman was there as well as Jon Jay, Kyle Lohse, and Daniel Descalso. Descalso has continued in baseball since leaving the Cardinals, having played for the Rockies, Diamondbacks and Cubs and this year playing some minor league games for Milwaukee’s Triple-A team. 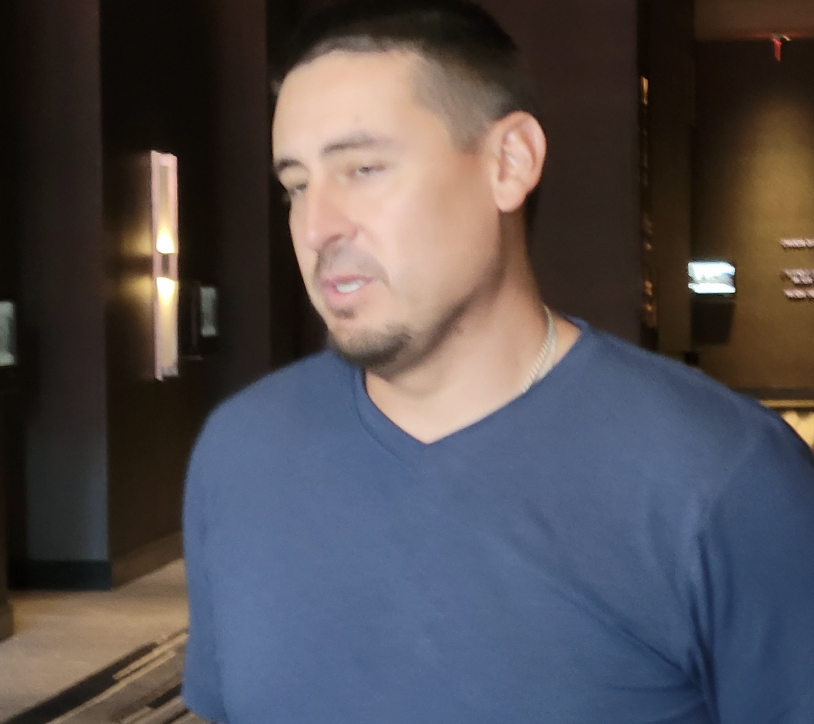 Allen Craig (shown right) was in an awkward position, because of his allegiance to his current employer, the Padres, while he was celebrating with the Cardinals.

And speaking of the Padres, Skip Schumaker also works with the team and was in uniform. Stadium announcer John Ulett introduced him, while in the Padres dugout and one could tell he thought about it and then ran on out to shake the hands of John Mozeliak and Bill DeWitt, Jr., but  returned to the dugout. Schumaker was a popular player on the team and remembered for his incident when the squirrel ran through his legs as he was up to bat, bringing to life what fans thought was the good luck charm, “Rally Squirrel.” 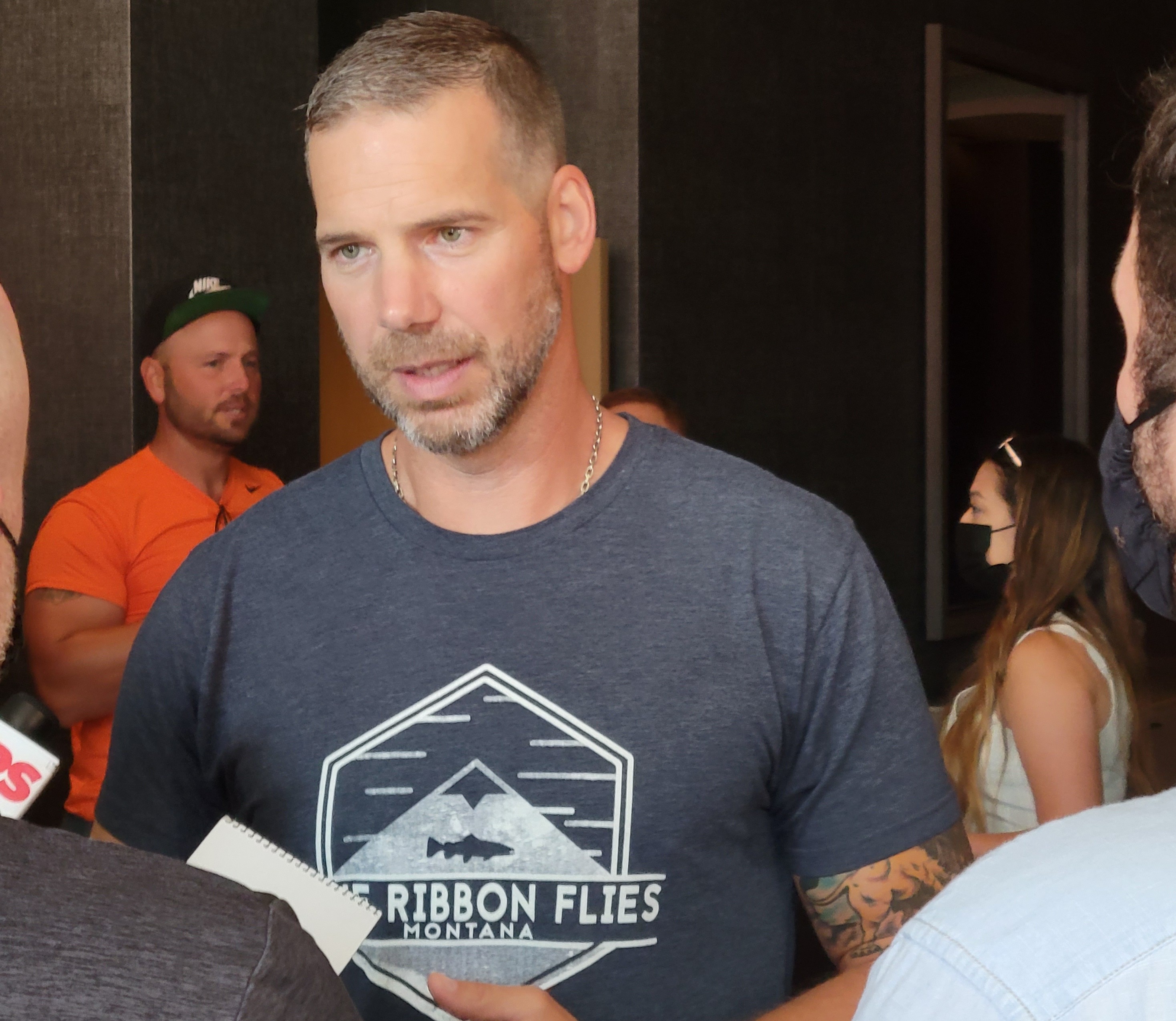 Some of the others who took part in the weekend– including the parade around the field in Ford Trucks was Chris Carpenter (shown right), Kyle McClellan and David Freese.

In May of this year Descalso signed a minor league contract with the Minnesota Twins organization and was assigned to the Triple-A St. Paul Saints.

The three current players who were on that team, Yadier Molina, Adam Wainwright, and Matt Carpenter were there and came on the field for the team photo.

The Cardinals will host a 10-year anniversary reunion of the 2011 World Series Championship team at Busch Stadium on Saturday, September 18, presented by Heartland Coca-Cola.

More than 30 former players and coaches from the 2011 team, including Cardinals Hall of Famer Chris Carpenter, World Series MVP David Freese, 2011 Cardinals All-Stars Lance Berkman and Matt Holliday, are scheduled to take part in a pregame ceremony before that evening’s 6:15 PM game against the visiting San Diego Padres.

Beginning at approximately 5:30 PM, members of the 2011 team will parade along the Busch Stadium warning track in Ford F-150 trucks and be individually introduced at home plate.  The ceremony will conclude with a ceremonial first pitch and a team photo with the World Series trophy at home plate.

After being 10½ games out of a playoff spot after August 24, the Cardinals went on to win 23 of their final 32 games to qualify for the postseason, clinching the lone NL Wild Card spot on the final day of the regular season.  The 90-win club defeated the MLB-best, 102-win Philadelphia Phillies in the National League Division Series, with the help of the infamous “Rally Squirrel” in Game 4 at Busch Stadium and capped off by a historic 1-0 Game 5 victory in which Chris Carpenter outdueled reigning Cy Young Award Winner Roy Halladay in Philadelphia.  The club then defeated that year’s NL Central Division Champion Milwaukee Brewers in six games in the NLCS to capture the organization’s 18th pennant.

The Cardinals completed their improbable championship run by beating the Texas Rangers four games to three in what is considered by many to be one of the best World Series matchups in MLB history.  The 2011 Fall Classic was highlighted by Albert Pujols’ record-tying three homer performance in Game 3 and the dramatic, come-from-behind victory in Game 6 featuring David Freese’s game-tying, two-out, two-strike ninth inning triple; Lance Berkman’s game-tying, two-out, two-strike tenth inning single; and Freese’s walk-off eleventh inning solo home run