“Do you remember, 21st night of September? Love was changing the mind of pretenders…Ba-dee-ya, dancing in September…” That was  Earth Wind and Fire in 1978, but could apply to Cardinals fans, who are dancing in September with the come-back the Cardinals are staging in the waning days of the season—just in time to be leading the way for the second wild-card spot.

A quick check on the internet shows at least 20 pop songs about September, including songs by Frank Sinatra, Carole King and Green Day. What’s so great about September that it would inspire a song?  For the Cardinals in 2021 it’s a month that they are experiencing record setting wins.

On Tuesday, September 21, with their 2-1 win over the Brewers the Cardinals winning streak went to 10. The  last time they won 10 games in a row in September was in 1963. The sudden turn of events in September is worth singing about—and that’s just what a couple of musician Cardinals fans did. 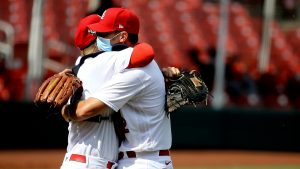 This September Supe Granda of the Ozark Mountain Daredevils and musician/songwriter Steven Williams released a song inspired by the 2021 Cardinals called “The Ballad of Waino and Yadi.”

“The man on the mound and the one behind the plate, they’re going for the record being battery mates,” says one line of the song, referring to the fact that they are third all-time in the majors in combined starts.

Adam Wainwright and Yadier Molina have played a significant role in the Cardinals success as of late and while the media insists on reminding them of their age, they just keep doing things to help the fans forget it.

Wainwright turned 40 on August 30 and with a 16-7 season so far has put together the type of year a 30-year old would like to have. 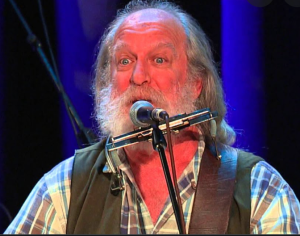 The founding member of the Ozark Mountain Daredevils, Granda, who grew up in St. Louis and went to Lindbergh High School, is working as hard as ever these days–performing around Nashville either as a solo or duo act, often singing ballads and comedic songs.

Granda, shown in photo right, whose songs “Jackie Blue” and ‘If You Want to Get to Heaven (You Gotta Raise a Little Hell)” were all over the pop charts when he was young and are still requested today –even as he has hit the age where he is relishing being a grandpa. In fact he recently put out a children’s album called “Silly Grandpa” and in December he can be found taking advantage of his white beard playing Santa around Nashville where he and Williams are neighbors.

Anyone who meets or interviews Granda finds out what a huge Cardinals fan he is in the first five minutes. As a kid growing up in South County, he says he spent every waking minute thinking about baseball, talking about baseball, collecting baseball cards, and playing baseball. As he hit his teenage years he realized he wasn’t the greatest athlete so he traded his baseball glove for a guitar—but he could never get the Cardinals out of his mind.

“I wrote ‘The Ballad of Waino and Yadi’ (which can be heard on  iTunes, Spotify, etc. under Steven Williams feat. Supe Granda) with another St. Louis native/Cardinal fanatic/Nashville songwriter Steven Williams,” said Granda.

While Granda is famous for the Daredevils– Williams, a McCluer High School grad, who sings on the Waino/Yadi song is also an accomplished musician, best known for his songwriting. He has penned hit songs for singers like The Oak Ridge Boys, George Strait, Kristen Chenoweth, Bucky Covington, and most notably Williams wrote “Red Neck Yacht Club” for Craig Morgan.

Along with writing songs for major stars he also works with PTSD victims and other veterans doing music therapy with an organization called Operation Song.   Operation Song empowers veterans, active-duty military members, and their families to tell their stories through the process of songwriting.

The way the Waino and Yadi song came about is Granda and Williams saw each other at a Celebration of Life one day, and later that night as Williams was watching the Cardinals game he realized he’d been distracted at the service, and thought he should have talked to Granda more at the service so he texted him. Little did he know Granda was also watching the game. 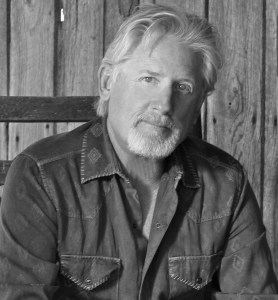 “As I was texting him, Adam Wainwright was pitching a two-hitter,” said Williams, shown in photo, left. “So, my next text to Supe was: ‘Waino!’”

The next day Granda called Williams.

“He said, ‘we have to write this song about Waino and Yadi going for the record being battery mates!’” said Williams and they got together to write it.

Williams says he’s been a Cardinals fan since 1963 when his Dad took him  to Sportsmans Park and he got to see Stan Musial play before retirement. He might have been at one of those 10 wins in a row in Sept. of 1963.

“I think this run that the Cardinals are on resembles 2011,” said Williams. “Supe and I are so excited that the song is getting such a response.”

“We had a blast writing it,” said Granda. “We wrote it about three weeks ago, right before they went on their winning streak.

“We wrote the song and then I gave it to the Cardinals,” said Granda. “From the day I gave them the song the Cardinals won ten straight games, so maybe it’s a lucky song.”

(Scroll down for lyrics to Yadi & Waino song)

This past week, Wainwright made it a point to thank the fans and tell them how much he appreciates their support. He has a great relationship with the fans and the Cardinals wanted to do something to show their appreciation so they have created a special reduced ticket where proceeds will go to his charity, Big League Impact.

The Cardinals and are urging fans to keep filling Busch Stadium for the final homestand of the regular season as the team looks to clinch the second NL Wild Card playoff spot—and they are giving incentive to do that. cardinals.com/waino.

Fans can purchase tickets for just $5 to watch the Cardinals take on the Milwaukee Brewers on September 28-30 and $10 tickets to cheer on the team during the final weekend series of the year versus the Chicago Cubs on October 1-3. 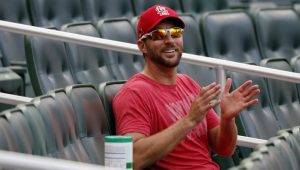 “Hearing that rumble from the fans during last weekend’s series against the Padres was inspiring,” said Wainwright. “We’re going to play some big games down the stretch and it would be awesome to have the fans pack the ballpark for our final six regular season games.”

For every ticket bought with this discount the Cardinals will donate $1 to Big League Impact. To purchase tickets, or for more information, visit cardinals.com/waino.

Wainwright added, “Thanks for sticking with us. We love you and are glad you’re back!”

A limited number of these specially priced tickets will be available while supplies last. Tickets are limited to eight per customer. 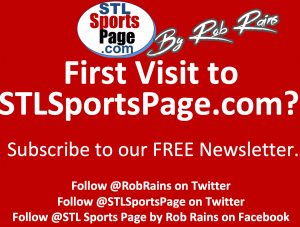 Wainwright is scheduled to be back on the mound on Thursday. The game will be shown exclusively on YouTube. He needs one strikeout to get to the 2,000 mark.

The fans know Wainwright loves music and hope he and his battery-mate Yadier Molina, along with their teammates continue giving them something to sing about in September and beyond.

‘The Ballad of Waino and Yadi ‘ is available on all streaming platforms, i.e. iTunes, Spotify, etc. under Steven Williams feat. Supe Granda

The Ballad of Waino and Yadi

There’s a man on the mound. Throws a ball that’s round

And one behind the plate, putting two fingers down

A call for Uncle Charlie. It’s really a curve

A swing and a miss at a ball in the dirt

It was back in ’04 when Yadi arrived

Waino donned the birds on the bat in ‘05

In 2006 he threw that nasty slider

In the top of the ninth, when they tamed the Tiger

So, here’s to the years and all the good times

They’re really getting up there, now they’re both 39

Gibby and Dizzy there’s no debate

That Stan the Man, Ozzie and Lou Brock were great

But, the man on the mound and the man behind the plate

They’re going for the record being battery mates.