MLB and MLBPA failed to come to an agreement and fans were not happy to learn that it will now affect the regular season. The deadline set by MLB of 5 p.m.  on Tuesday passed without a resolution after the players union unanimously rejected the owners’ last offer. .

Click on the video player to hear Rob Rains give details:

as the owners had threatened, they said opening day of the regular season, set for March 31, would be delay the missed regular-season games would be cancelled.

All of this is despite the marathon meetings that lasted until around 2:30 a.m. Tuesday after beginning at 10 a.m. Monday. At the time they broke for the night and arranged to meet back up at 10 a.m., there was optimism. That soon changed as it became apparent the two sides were further apart than had been believed the night before.

No new talks are scheduled after the  nine days of sometimes grueling talks. Both sides are believed to want to take a break and regroup.

“My deepest hope is we get an agreement quickly,” Manfred said. “I’m really disappointed we didn’t make an agreement.” 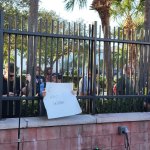 As Manfred addressed the crowd of media inside Roger Dean Stadium, a group of fans were outside chanting “we want baseball!”

Throughout the negotiation meetings there have been fans congregating on the sidewalk by the parking lot where the players park.

A few had signs, but most of them just wanted to get an autograph or a glimpse of the players as they came to the discussions every day. 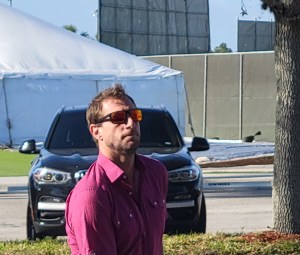 After the announcement was made that there would be no agreement, Max Scherzer (shown, left)  came out and signed autographs for the fans. There was a large crowd waiting  and he smiled but did not engage as several yelled out questions or gave support. He just signed and posed for photos.

Andrew Miller also came out and signed for the fans. He has been coming out nearly every day after the discussions.

An. hour later they were both in a press conference where a larger group of players as well as MLBPA head Tony Clark spoke to the media and stood together in solidarity. 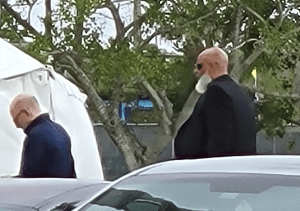 Clark called it “a sad day” and said “there is still significant work to be done.” He also call the lockout “the ultimate economic weapon.” Every day for nine days Clark and MLBPA chief negotiator Bruce Meyer would stand in the parking lot and various players would gather around them so they walked in to the meetings together. Clark and Meyer are shown, right. 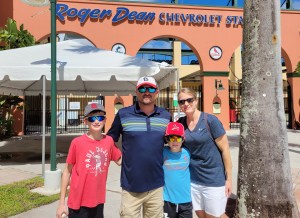 Lost in some of the discussions were the fans, many of whom took vacation and traveled to Jupiter, Fla., in hopes of seeing some spring training games or at least some minor league games. The Cardinals have the minor league fields locked so fans can’t even see them.

Greg and Jamie Cottom are shown, left with their two sons Colton and Caden of Carbondale, Ill., shown left, decided to use spring training as an incentive for their sons to do well in school. They both got good grades and were rewarded with the trip .They even skipped Christmas presents in order to save up for the trip.

On Monday, they had their Cardinals clothes on while they walked around Roger Dean Stadium. They had scheduled their trip to see the spring training opener, and in the end they didn’t see any games.

“We drove down,” said Greg Cottom, “It was unfortunate for us it happened at this time. We wish they could reach an agreement  and get back to baseball.”

They were asked if this experience would have any effect on their feelings on baseball.

“No, we love baseball,” said Jamie Cottom. “It doesn’t change our opinions.”

The parents were trying to look at it from an upbeat perspective, but their son Caden broke in, “We are heartbroken that we could not see a game.”

No date has been set as for when the talks will resume.

The Cardinals issued a statement following the announcement:

Rob Rains and STLSportsPage.com will remain in Jupiter, Florida doing features on the minor league players and some of the major league players who are here working out. Follow @RobRains on Twitter. 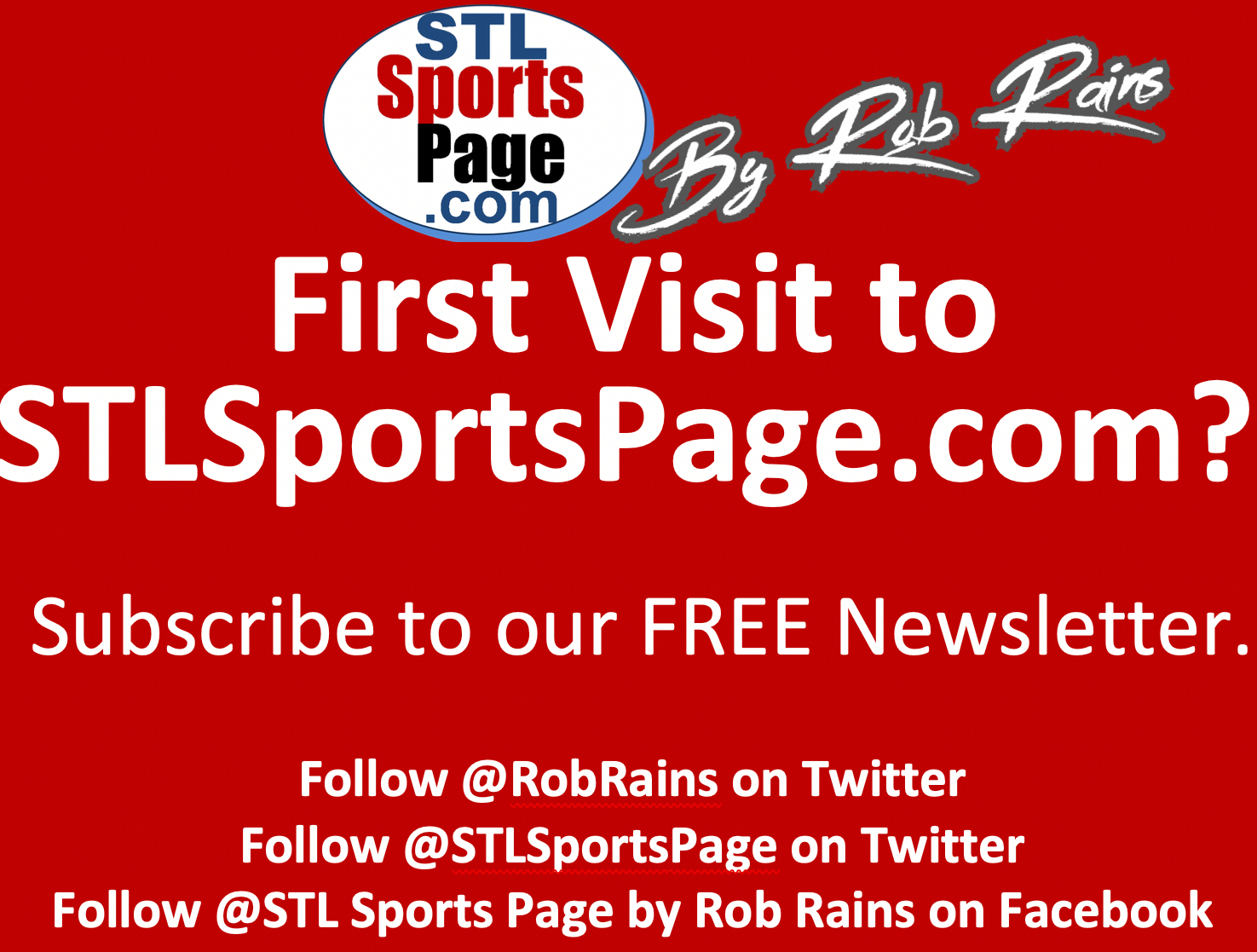