The Dufour family from St. Louis had a great trip to spring training and Adam Wainwright was a big part of it. Their 11-year-old son Cooper got a big surprise after a game. He and his family were standing by the gates where the players park when a big SUV pulled out.  The driver rolled down the darkened window, and out came the smiling face of Cooper’s favorite pitcher. 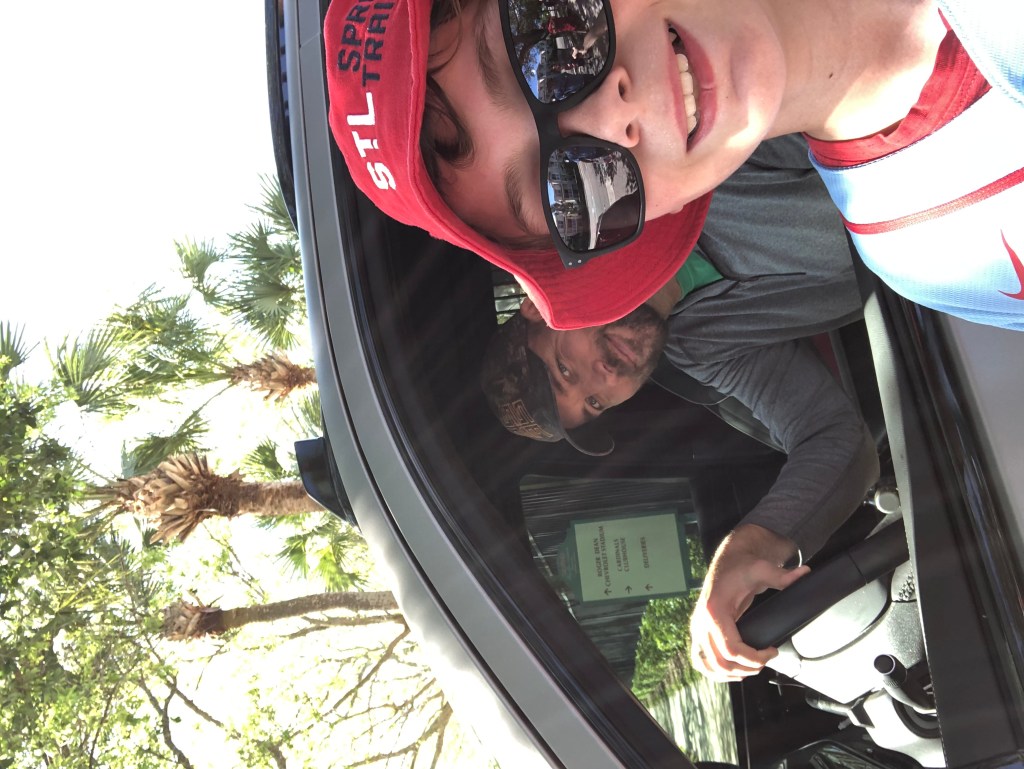 When the fans saw Wainright many rushed to get his autograph and he obliged. According to one autograph seeker, “he signed for everybody.”

Cooper asked Wainwright if he could take a selfie with him and he said yes.

“What an amazing first experience not only for Cooper, but for my husband Matt and I,” said Dawn Dufour, his mother.

They all got a laugh out of how they almost did not get the selfie.

“When Cooper went to take the picture he completely cut out Adam,” she said.

Adam had been so excited to get the picture that he missed the person he wanted in the shot. Not to worry because Wainwright–who’s a pretty good selfie-taker himself, noticed it.

“Adam smiled and asked Cooper  ‘did you want me in the photo?'” she said.

Of course he did so they took a few more being careful to get both in.

“The look on Adams face says it all,” she said.

Spring Training is where fans of all ages congregate in a laid-back fun atmosphere.

This year, the stadium is bagless and cashless, so no purses are allowed and all purchases either at the concession stands and the Team Store had to be by credit card. We noticed there were no vendors; nobody walking around selling soda or beer. That is probably because of the cashless policy. 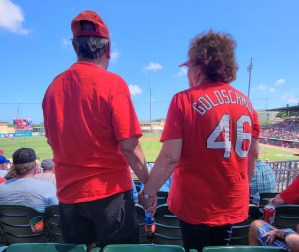 We met a 90-year-old man from Philadelphia who remembers his first St. Louis Cardinals game in 1933 when the Cardinals were playing the Philadelphia Athletics at the old Shibe Park in Philadelphia. He was at the game with his daughter. We saw couples decked out in their Cardinals clothes, who have been coming for years; and some for whom it was their first trip.

Fans enjoy coming early to watch batting practice and they stay after the games in hopes of getting autographs. There are usually  players who walk over to the stands and sign. 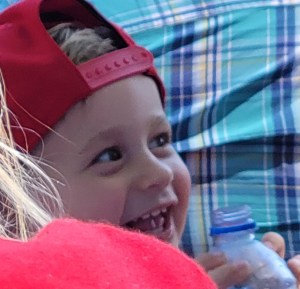 There were old-school jerseys with Musial and Brock on them as well as the Goldschmidt and Arenado jerseys.

Throughout the ballpark there were parents with their young toddlers making memories the parents will never forget.

We saw several groups of college students who came to spring training on their spring break.

The lines were long at the Team Store as everyone wanted to see what new apparel they had for this year’s spring training.

The Cardinals have developed a new spring training hat for this year. They are so excited about it that they made a video to show the fans about the hats: