The Cardinals announced their 2023 regular season schedule on Wednesday, with the season-opener scheduled for Thursday, March 30 at home against the Toronto Blue Jays.

Other schedule highlights include the previously announced two-game series against the Cubs in London and home games against American Leragueopponents Kansas City, the Los Angeles Angels, Tigers, Astros, Yankees, Twins and Oakland A’s.

The Cardinals will face their four National League Central division opponents 13 times each—two series versus each opponent both at home and on the road—for a total of 52 games.  Busch Stadium will play host to Pittsburgh on April 13-16 & September 1-3; Milwaukee on May 15-17 & September 18-21; Cincinnati on June 9-11 & September 29-October 1; and the Chicago Cubs on July 27-30.

Additional key home dates for the 2023 season include four-game weekend series versus the Los Angeles Dodgers on May 18-21 and the New York Mets on August 17-20.

The longest homestand of the 2023 campaign consists of 10 games over a 11-day span from July 27-August 6 versus the Chicago Cubs, Minnesota, and Colorado.  Their longest road trip of the season comes on April 21-30, where they will play 10 consecutive games against Seattle, San Francisco, and the Los Angeles Dodgers.  The team has a stretch that will see them play 19 straight days beginning on May 12 through May 30.

Here is the complete schedule: 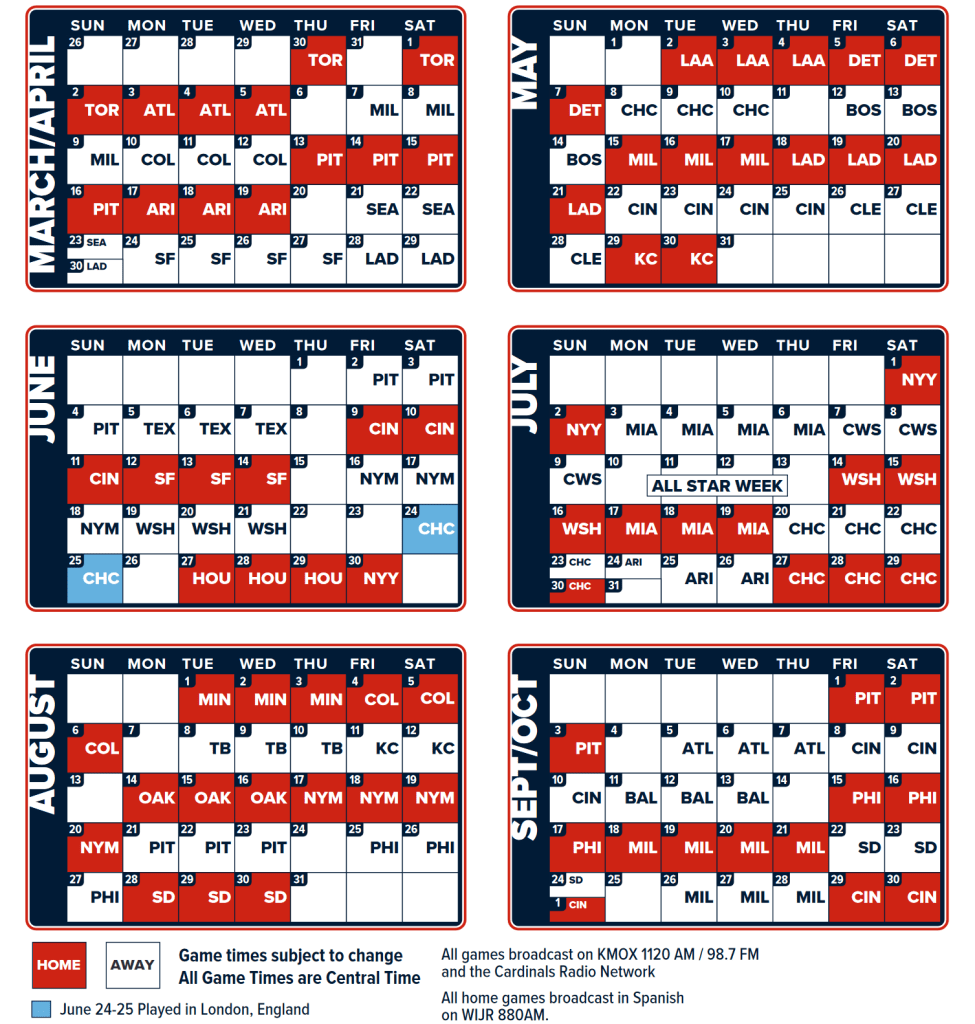