Sports fans have a unique opportunity to experience a few new perspectives on the games they love at this year’s St. Louis International Film Festival and The St. Louis Jewish Book Festival.

St Louis Jewish Book Festival has set November 13 as its Sports Night. The night’s featured authors two authors for its sports panel. Dan Grunfeld, author of the Grace of the Game, and The Holocaust, a Basketball Legacy, and an Unprecedented American Dream. Also on deck is Barry Weinberg author of Eating my Way Through Baseball: Legendary Stories with a Major League Bite. Weinberg may be familiar to Cardinal fans since he served as the team’s Head Athletic Trainer. The event is held at The J where both authors will share stories and field questions during their program, which begins at 7 p.m.

Sports films slated for screening during the 31st ST Louis International Film Festival is the biopic, Pinball: The Man Who Saved the Game, and the documentary Humanity Stoked. Humanity Stoked looks at world-renowned skateboarders and other lifelong skaters that are also scientists, artists, musicians, politicians, activists, philanthropists, and educators. While many are known for their skateboarding skills and are leaders in their chosen fields, the film reflects on personal struggles, professional challenges, and the beauty of overcoming various obstacles, while their perspectives and humanity are shaped by their love of skateboarding. 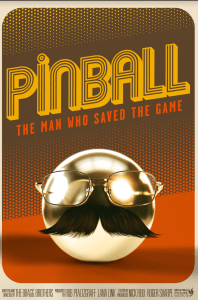 Pinball: The Man Who Saved the Game, tells the true story of Roger Sharpe, the journalist, writer, and real-life pinball wizard who in 1976 single-handedly helped to overturn New York City’s 35-year, politically motivated ban on pinball machines. He gained notoriety following a 1976 New York hearing where he provided a demonstration to members of the Manhattan City Council, that pinball was a game of skill rather than a game of chance, and therefore not subject to legal prohibitions on gambling. Following Sharpe’s demonstration, the council voted unanimously to lift the longtime existing ban on pinball.

For more information of both festivals, locations of screenings and complete schedules of events visit the St. Louis Jewish Book Festival at jccstl.com/festival-events-schedule/, and the STL International Film Festival at https://cinemastlouis.org/sliff/subject/sports