The St. Louis Cardinals announced that every 2019 regular season game will be televised locally or nationally as well as broadcast on the Cardinals Radio Network.  Additionally, nearly one-third of the games will be produced as Spanish radio broadcasts.

In its 26th season with the team and its ninth as the exclusive local TV home of the Cardinals, FOX Sports Midwest is scheduled to carry 150 regular season games this season.  Each of the 150 telecasts will also be streamed live on the FOX Sports GO app and at FOXSportsGO.com.  FOX Sports Midwest will continue to produce theCardinals Live pre- and postgame shows for every regular season telecast live from the network’s studio in Ballpark Village.  FOX Sports Midwest will also continue to airCardinals Insider, the club-produced weekly news magazine television show, throughout the season beginning on Sunday, March 17.

Currently, five regular season games are scheduled to be carried exclusively as part of Major League Baseball’s national television packages with FOX (aired locally on KTVI), FS1 and ESPN.  In addition, seven games have not been scheduled, but will be televised nationally or carried locally on FOX Sports Midwest.  The schedule is subject to change based on future national television selections.

In addition to televised game coverage, KMOX 1120 AM, the team’s flagship radio station, and most stations on the Cardinals Radio Network, will carry every regular season game.  Broadcasters Mike Shannon (48th season) and John Rooney (14th season) will again share all the Cardinals highlights on the radio at home.  Ricky Horton will continue to join John Rooney to call all Cardinals road games.  Mike Claiborne will also assist with broadcasts while Tom Ackerman, Chris Hrabe and Alex Ferrario will serve as pre- and postgame hosts on KMOX.  This year marks KMOX’s ninth consecutive season as the flagship station and 62nd year overall.  The Cardinals Radio Network consists of 147 radio stations in eight states and is the largest radio network in MLB.

The club, in cooperation with WIJR 880 AM La Tremenda, will produce 53 Spanish-language radio broadcasts during the 2019 season.  Play-by-play announcer Polo Ascencio and color commentator Bengie Molina will return for their fourth season to provide Hispanic and Latino fans with a way to follow the Cardinals in their native language.

The Spanish radio schedule will feature 51 home broadcasts, including Opening Day, every weekend series and midweek series against the Dodgers and Cubs, in addition to the two-game series versus the Cincinnati Reds in Monterrey, Mexico.  All 53 broadcasts will air on WIJR 880 AM and will also be streamed via cardinals.com and the MLB.com At Bat mobile app. 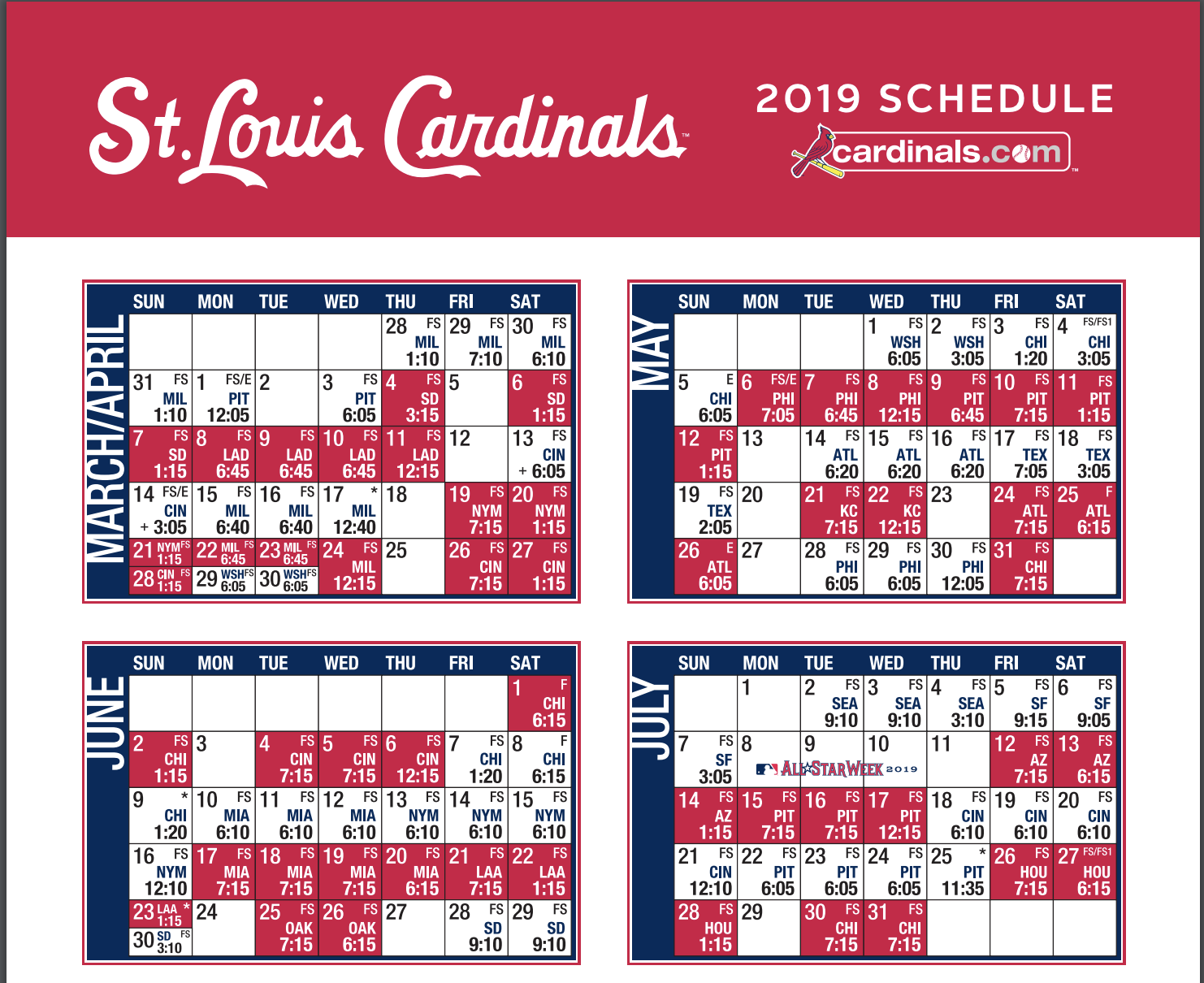