Saint Louis captured the Atlantic 10 Conference title with a 55-53 win over St. Bonaventure on Sunday at Barclays Center in Brooklyn, N.Y.

The Billikens earned the A-10’s automatic bid into the NCAA Men’s Basketball Championship, receiving a 13th seed in the Eastern regional. Their first gam will be on Friday against fourth-seeded Virginia Tech in San Jose, Calif.

Saint Louis completed a thrilling A-10 Tournament by winning four games in four days to punch its ticket to the NCAA tourney. SLU will be making its first NCAA appearance since 2014.

On Sunday, Jordan Goodwin led the way with 16 points and 14 rebounds. Javon Bess added 11 points and eight boards. The Billikens trailed by 15 points late in the first half before rallying for the win.

Tramaine Isabell Jr. was named the A-10 Tournament Most Outstanding Player. Bess was named to the All-Championship Team as well.

This will be the 10th overall appearance in the tourney for the Billikens.

The winner of Friday’s game will face the winner of No. 5 Mississippi State/No. 12 Liberty on Sunday, March 24. The winner of that game will advance to the East Regional on March 29 and 30 in Washington, D.C. The Final Four is set for April 6 and 8 in Minneapolis, Minn. 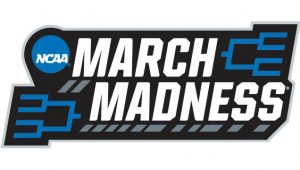