The Cardinals take on the Pittsburgh Pirates at Busch Stadium on Mother’s Day with a special give-away handbag for Mom. 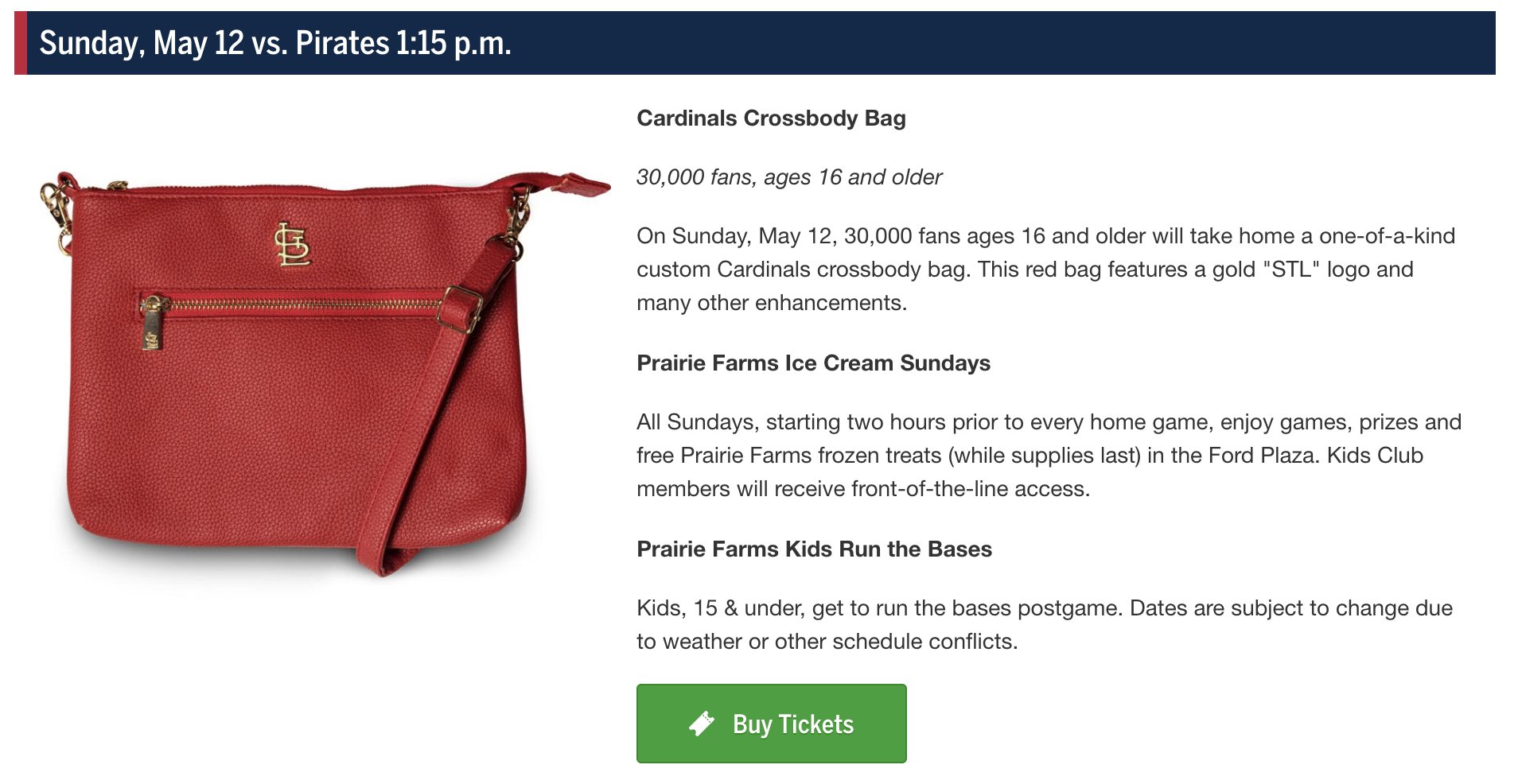 This year for Mother’s Day, Anheuser-Busch is honoring the legends behind the legends, Moms. With the help of some of MLB’s biggest stars, Budweiser is inspiring America to #CallYourMom with four new videos that will air this Sunday on Mother’s Day.

One of videos features Matt Carpenter of the St. Louis Cardinals calling his mom after a career-defining moment – his first grand slam that took place on April 27, 2017.

“Budweiser has always celebrated the extraordinary people behind iconic American milestones,” said Monica Rustgi, Vice President of Marketing for Budweiser. “For Mother’s Day, we wanted to shed an unexpected spotlight on the legends behind some of the most iconic MLB legends and plays: Moms. This campaign honors the role mothers play in some of baseball’s greatest moments. And when those moments happen, the first call you make is to your mom.”

The company said they  want to inspire the nation with a glimpse behind the curtain of that heartfelt call between an MLB legend and his mother.

Here’s the one they did with Matt Carpenter:

Rob Rains and Sally Tippett Rains were guests on the Charles Brennan Show on KMOX Radio Monday morning. They followed Bob Costas and talked about their new book, “All Roads Lead to St. Louis; A […]

Cardinals Care, the charitable foundation of the St. Louis Cardinals, has announced that the 25th annual Winter Warm-Up will go virtual due to the ongoing COVID-19 pandemic.  The largest fundraising effort organized by Cardinals Care, […]

Audio by Mike Reeves Click on the audio player below to hear the interview: John Mozeliak Mike Shildt Jack Flaherty  Cardinals invite 12 to alternate training site 2020 first and second round picks among invitees […]