The kids at Shriner’s Hospital for Children in St. Louis felt a need for speed Friday morning as the Raminator–the GUINNESS WORLD RECORDS® record holder for the Fastest Speed for a Monster Truck—showed up on their doorstep.

The Raminator, known for hitting a record speed of 99.10 miles per hour made the  special pit stop to Shriners Hospitals for Children – St. Louis to surprise the kids and brighten their day. 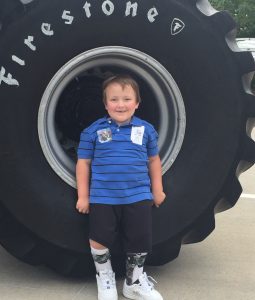 Patients, families and hospital guests were able to get an up close and personal look at the monster truck and meet its owners and operators, the Hall Brothers Racing Team.

The Hall Brothers – Tim and Mark–were onsite and greeted guests, sign autographs and handed out mini monster trucks. This brother team collects awards and accolades year after year and they race around the United States and in Canada. Mark Hall has won Driver of the Year seven times, and Tim has racked up four Mechanic of the Year awards. 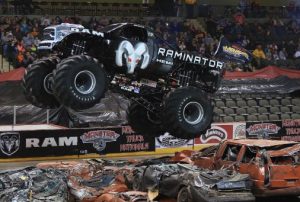