You have probably seen snippets of information about what’s happening at Union Station, Maybe you’ve even seen the giant “Wheel” if you were downtown for a Blues game. On Christmas Day of 2019 the crown jewel of Union Station arrived: the St. Louis Aquarium opened. And there’s more.

With all that is going on, Union Station is a fun destination for all ages. Young children would just enjoy running around and playing on the train-themed playground. Everything is open during the day and the lights at night make it an exciting place to be.

Developers have done a great job in making it kid-friendly. There are benches all around as well as chairs around the lake area for seniors or others who may want to take a load off for a few minutes.

There is a carousel that kids of all ages will enjoy. 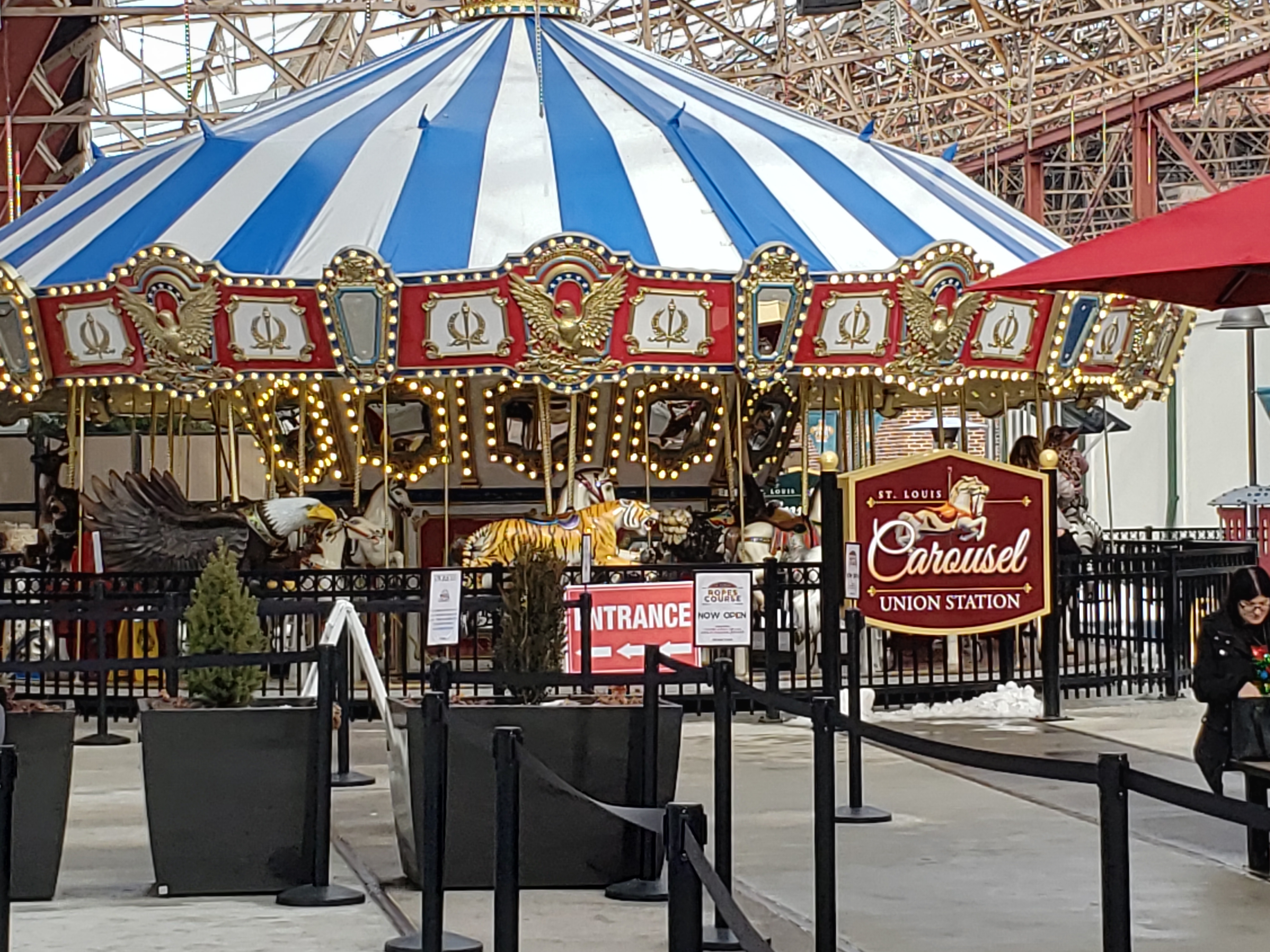 Old trains are still parked there, reminding those of a certain age that Union Station was once a bustling travel stop for the railroad. There is a Polar Express train which brings families on an adventure. Tickets are available for train departures from now to December 30.

It’s a special chance for you and the entire family to experience the magic of The Polar Express, the classic children’s book by Chris Van Allsburg. THE POLAR EXPRESS™ comes to life on a journey to the enchanted beauty of “the North Pole”—where Santa Claus and his reindeer are waiting with a keepsake present for every good boy and girl. 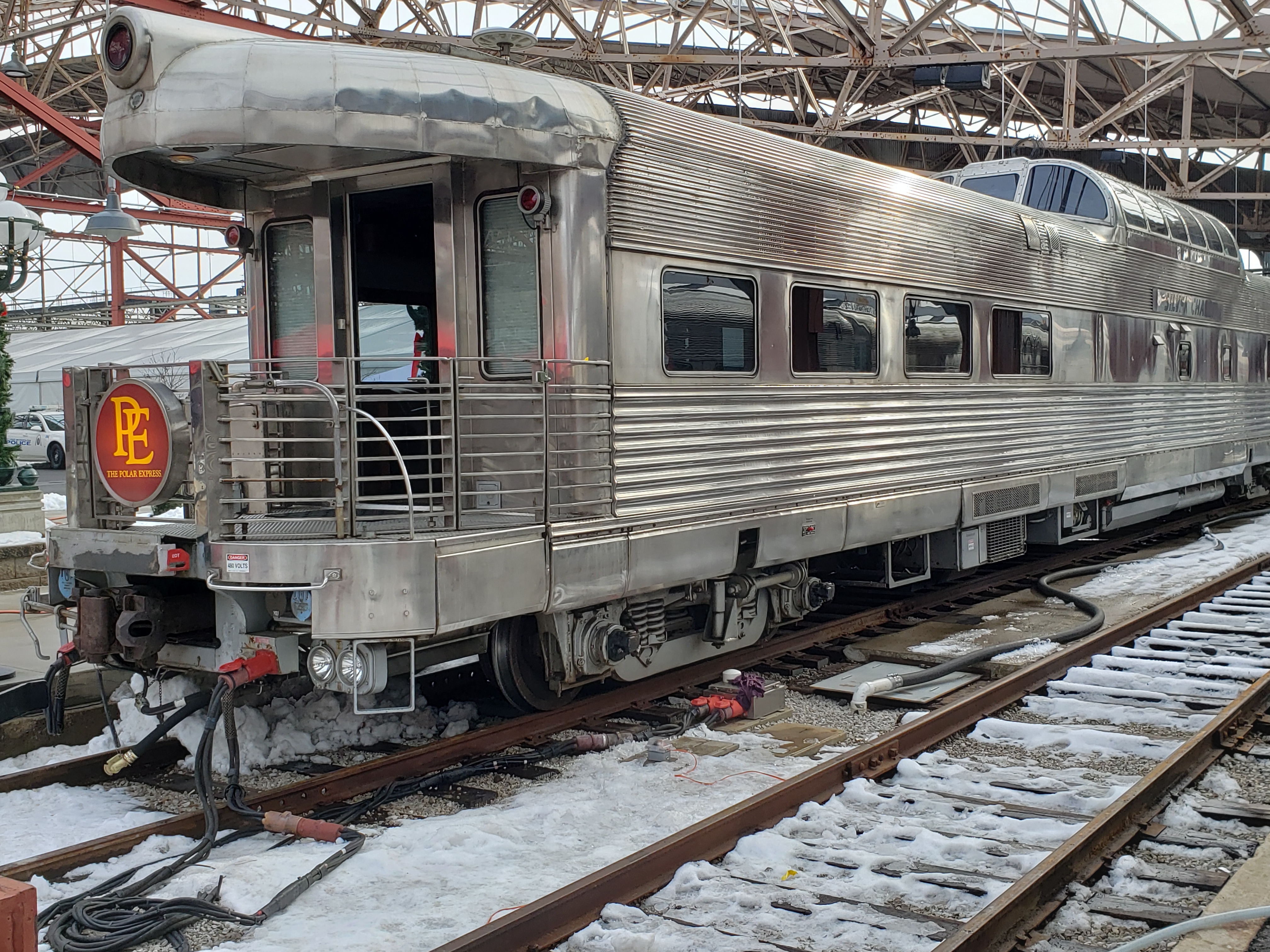 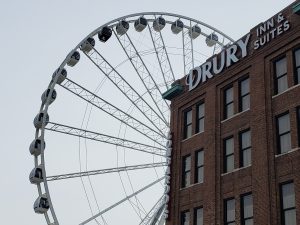 A trip to Union Station will prove that there is something for all ages.

Young and old will enjoy the beverage stand which has beer and soda for those who may want to take in the sights and sounds with a drink.

Out of town travelers coming to St. Louis to check out the newly renovated Union Station grounds will be surprised at how easy it is to find a hotel in walking distance. The Drury Hotel is right there as is another hotel in the venue.

On Dec. 20th workers were trying to finish everything to ready the aquarium for its Dec. 25th debut. There were many areas roped or fenced off that were being worked on but it opened on Christmas as scheduled.

The aquarium has been in the works for a while and all the plans culminated with the grand opening.

The cars for the Wheel are closed off so they are climate controlled– which riders will appreciate whether they are visiting in the St. Louis freezing winter or summer heat. 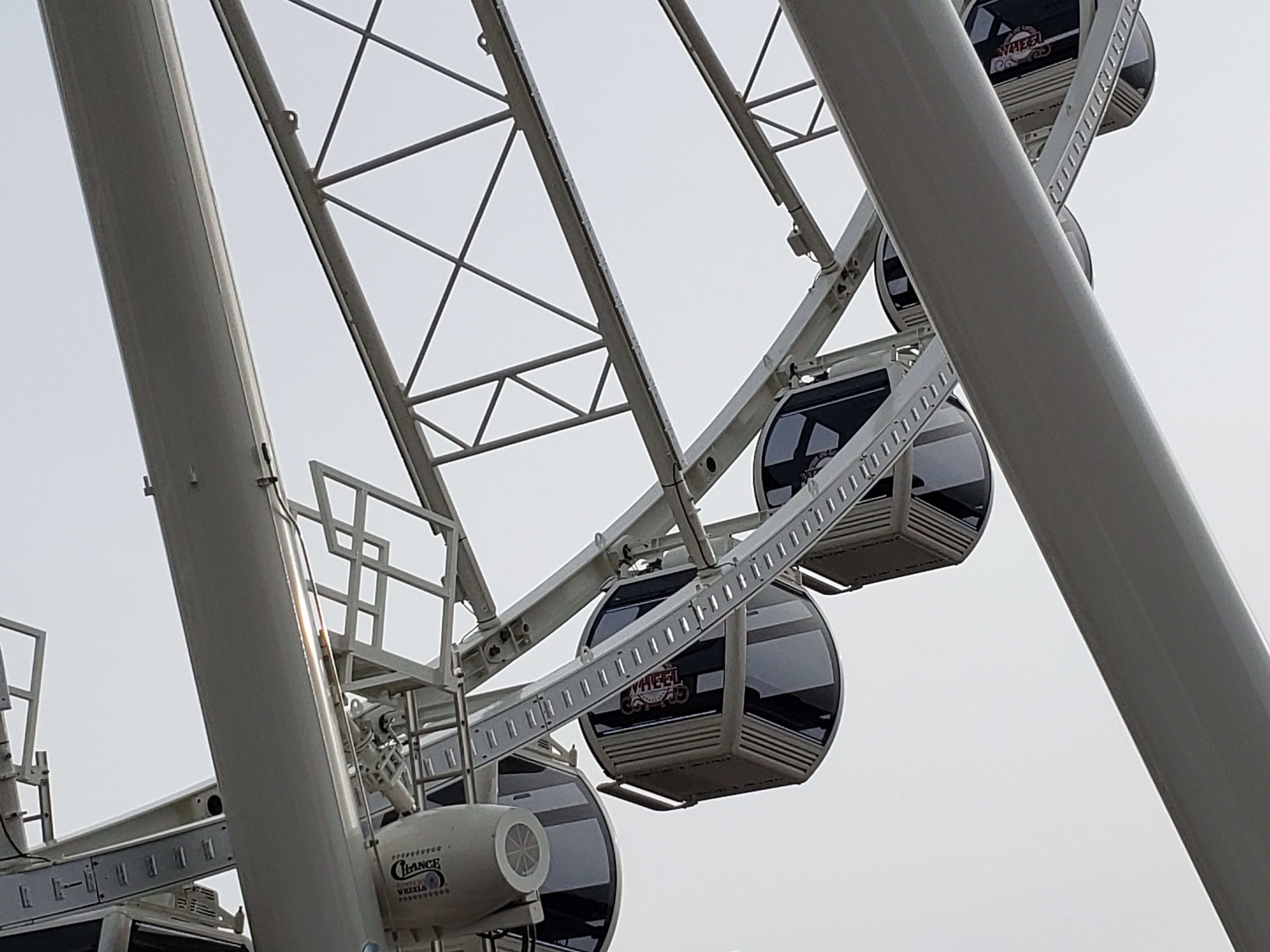 Why a ferris wheel? The nostalgia of Union Station beckons memories of the 1904 World’s Fair where they had a large ferris wheel. 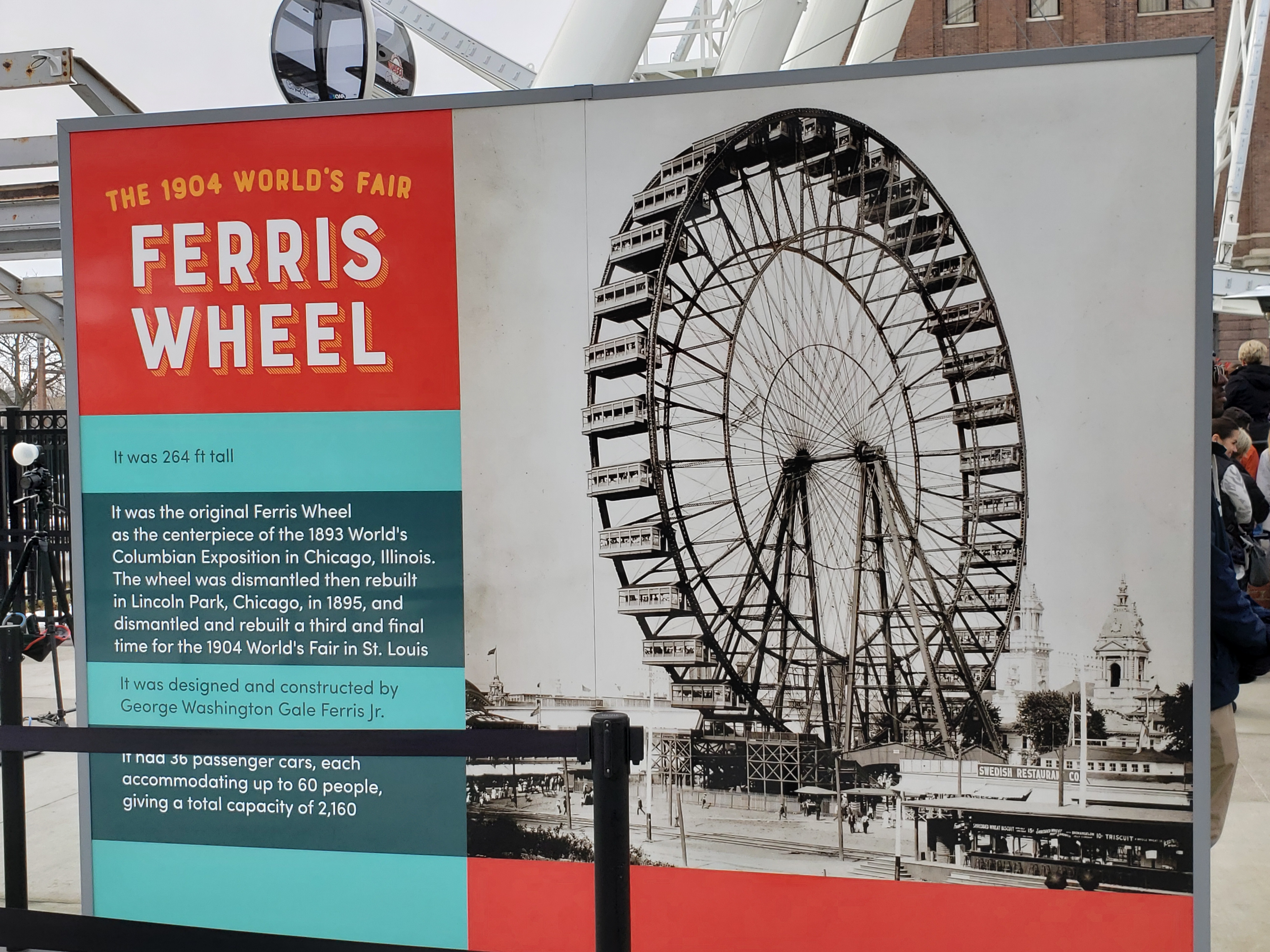 This sign shows current buildings and compares them to the current Wheel: 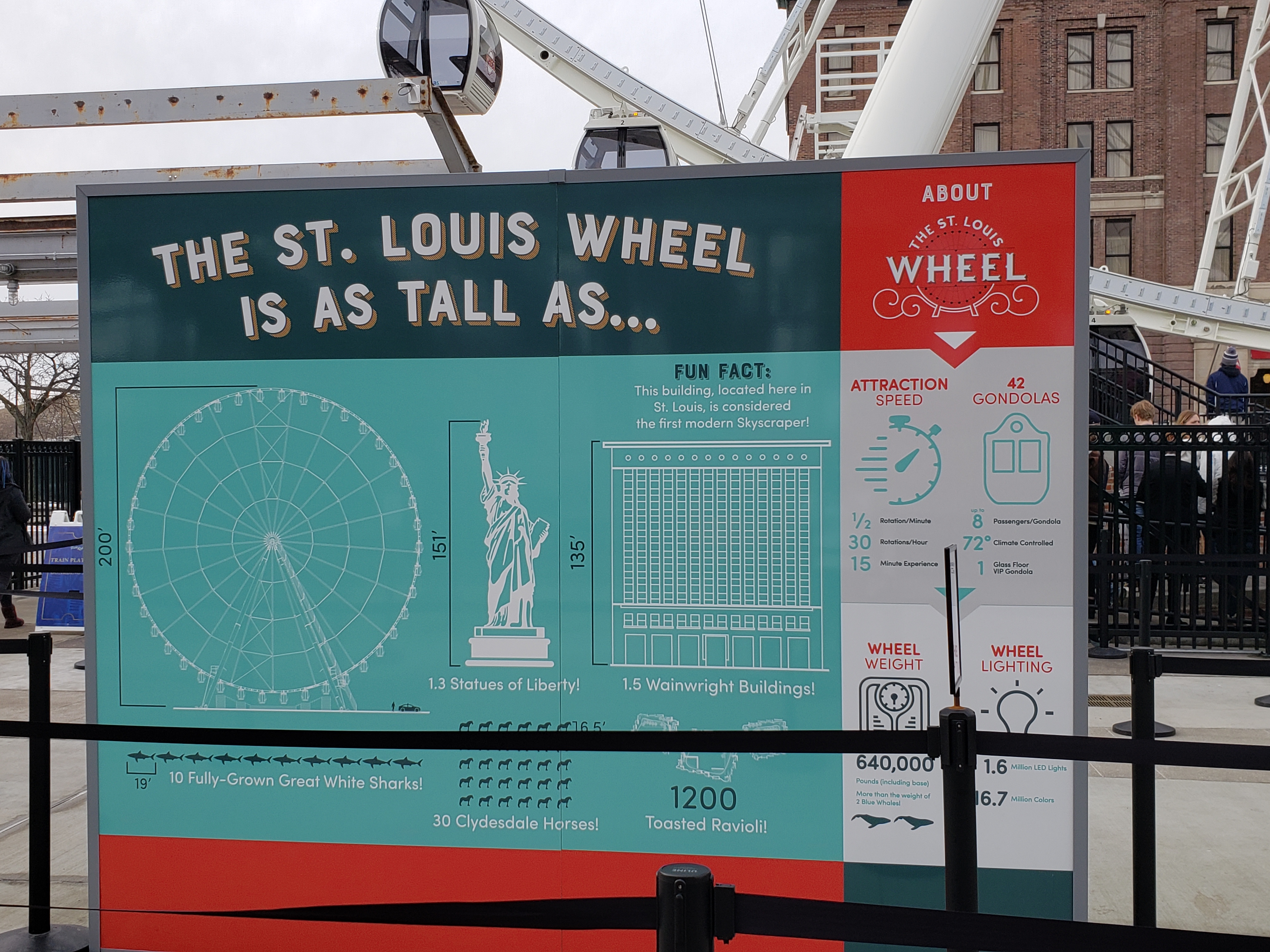 There are probably several visits needed to adequately see everything. 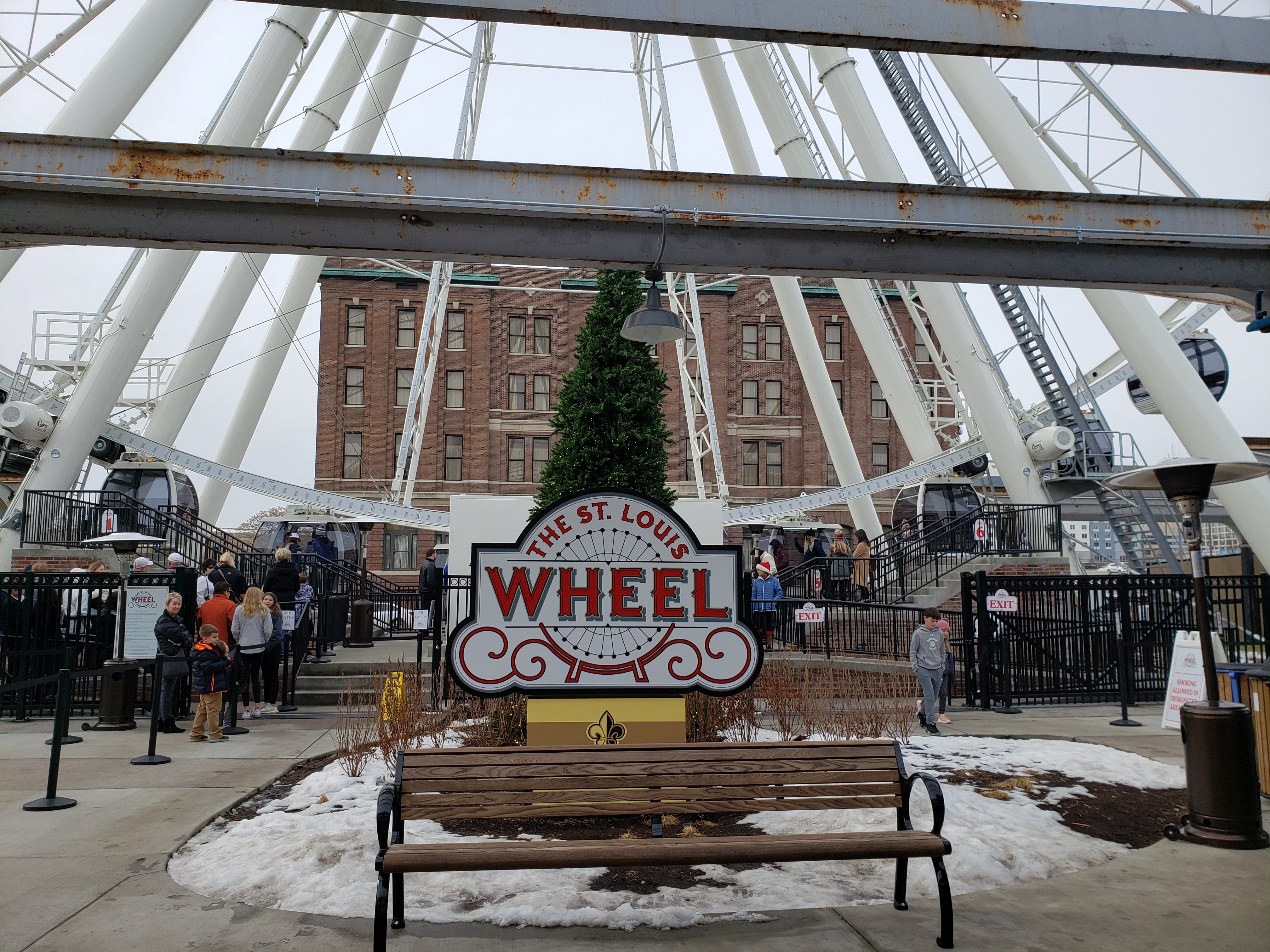 There are several restaurants to choose from. Landry’s Seafood has been there for years and is still going strong.

A fairly new restaurant named The Train Shed which opened in November of 2019 is right across from the Aquarium. It features, contemporary cuisine and creative cocktails in a restaurant where every table has a great view of the lake and the outside at Union Station.

From their rotating taps to entrées and apps, The Train Shed has something for everyone — especially those with a taste for adventure. 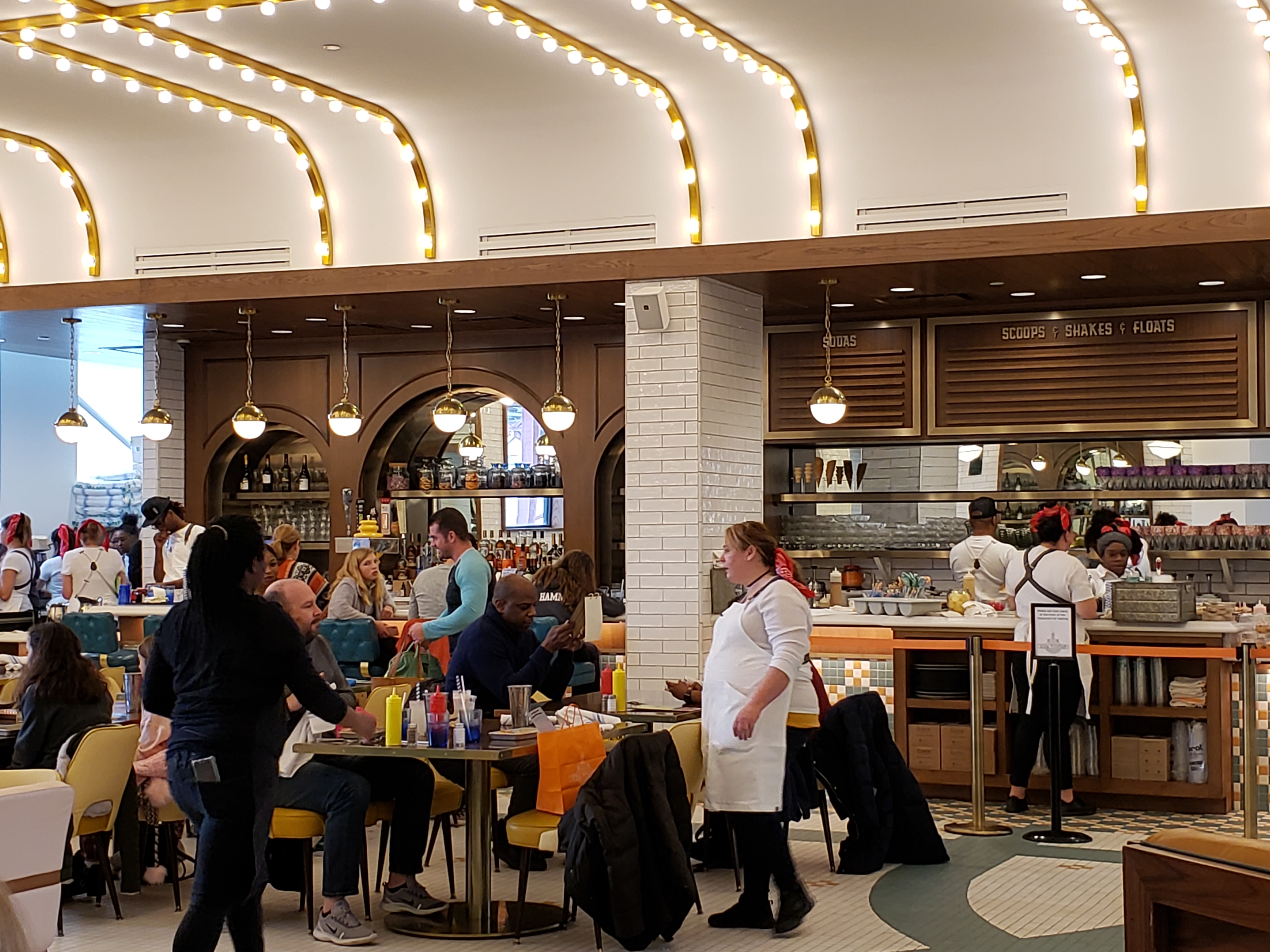 Another restaurant at Union Station is The Soda Fountain, which features numerous ice cream and dessert entries plus items from the grill like burgers and chicken fingers.

In the same area as the soda fountain, there is a big candy store. Besides all the various types of candy they sell, including the old “penny candy”– which doesn’t cost a penny any more. 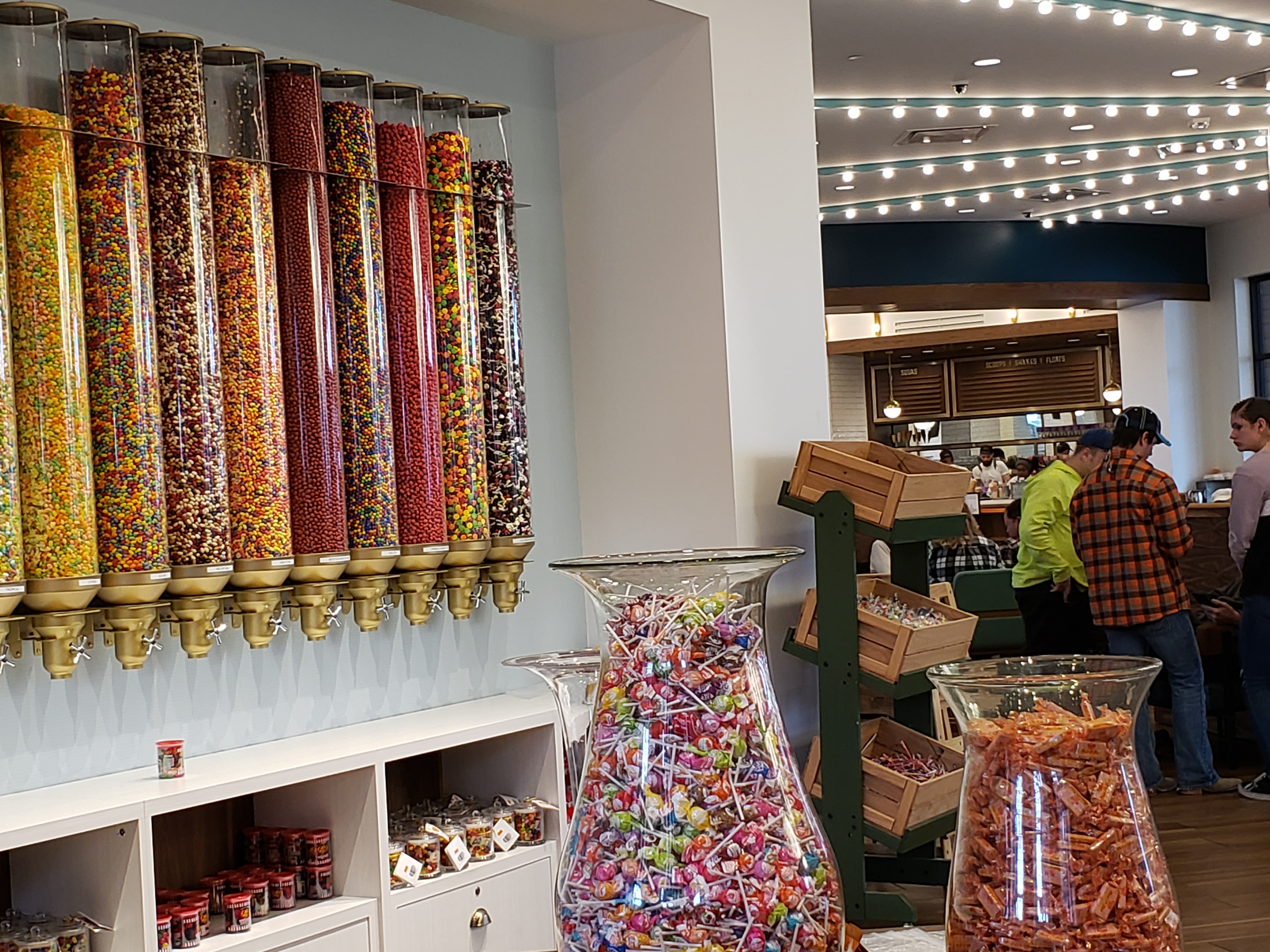