During most of the time Mike Shildt was isolated in his hotel room in Milwaukee for five consecutive days, he thought about one aspect or another of the virus that had invaded the Cardinals world.

The Cardinals manager, through his conversations with players and staff members, concluded there was nothing anybody could have done to prevent what happened.

He also came away convinced, however, that what the team had done in the past would need to be done even better as they moved forward and resumed their season.

After the team finally escaped the Pfister Hotel for the first time since Friday morning, they flew to St. Louis and got back on the field at Busch Stadium for a light workout. Shildt was back behind the desk in his office as he met with the media for a 30-minute zoom call.

Baseball topics, and lineup questions, came up – but it likely will still be a while before the COVID-19 outbreak can be put in the past.

Seven players who were on the roster, nearly 25 percent of the 30 players, who were there when the Cardinals played their last game a week ago in Minneapolis will not be in Busch Stadium for Friday night’s game against the Cubs.

“Clearly something happened that allowed this to get into our space,” Shildt said. “My understanding is how it got in was from an outside source, not anybody in our group going out doing anything. Reports to that are pretty irresponsible, quite honestly. The fact of the matter is somebody got it, asymptomatic, and brought it into the clubhouse.

While Shildt can’t control what his players and staff do away from Busch Stadium, he promised there will be changes as a result of the COVID-19 invasion when the team is at work.

For example, Shildt said, it will be enforced that players who are not in the lineup for that game will not  be allowed in the dugout as the team is even more diligent about social distancing.

“There will not be, as hard as it is, as natural as it is, as ingrained as it is to physically support your teammate with a high five or a pat on the back to celebrate or pick somebody up if something happened, we just won’t do it.” Shildt said. “We’re going to super cautious about how we do everything and how we celebrate and how we react.

“We will take it to the next level to where, candidly, we won’t even interact at all at any point, shape or form.”

Shildt described it as moving from an already sterile environment to “an uber-sterile” environment.

“The fact of the matter is it’s an invisible beast. I wish there was a guarantee to prevent it. It’s scary to know how quick it can go and move with people that are taking every precaution they can take and still contract it.”

As the Cardinals move forward without the seven players placed on the injured list, including Yadier Molina, Paul DeJong and Carlos Martinez, here is  some of what will be different from a pure baseball standpoint:

* Kwang Hyun Kim will move back into the starting rotation, taking the spot of Martinez. He will pitch on Monday night after the Cardinals use Jack Flaherty, Adam Wainwright and Dakota Hudson in the three weekend games against the Cubs.

Kim had been in the competition with Martinez for that spot in the rotation in both spring training and summer camp. He was named the closer days before the season started and got a save in his only appearance, but it was rocky as he allowed two runs.

“He had more than the opportunity to prove himself and be part of the starting rotation,” Shildt said. “We will take advantage of the pause we had to get him back in the rotation and help stabilize it.”

* Tommy Edman will slide from third base to shortstop, at least on most days, taking DeJong’s place.

“He got an opportunity in both the spring and summer camps,” Shildt said. “He’s a get-it-done guy.”

* Shildt was not ready on Wednesday to commit to a new fourth-place hitter, about how the team will replace DeJong in the cleanup spot. He also said it’s likely Matt Carpenter will play some at third base, while continuing to DH in other games, with Brad Miller also likely to see time at third.

* The closer role will go from Kim to more of a decision based on matchups in that particular game, Shildt said.

* MLB rosters will be reduced from 30 to 28 on Thursday, meaning the Cardinals had to add five players to their roster to replace the seven technically placed on the injured list. They did that by promoting pitchers Alex Reyes, Genesis Cabrera and Roel Ramirez from Springfield, activating infielder Brad Miller from the injured list and adding infielder Max Schrock off the taxi squad.

* The seven postponements – the three games in Milwaukee and four against the Tigers – mean that starting Friday, the Cardinals will have to play 55 games in 52 days if they are to play all 60 games on the schedule. 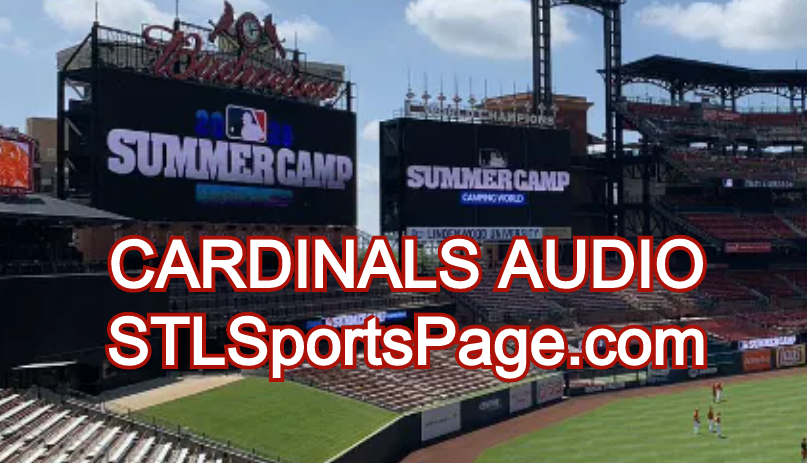 Mike Shildt talks to reporters after the team arrived back to STL Wednesday: CLICK HERE