Benjamin Hochman of the Post-Dispatch  interviewing former MLB outfielder Art Shamsky, author of “After the Miracle” at a past festival

Film and television director, Barry Sonnenfeld will be the Keynote Speaker for Opening Night of the St. Louis Jewish Book Festival on Sunday, November 1 at 7:00pm; just one of the many interesting presentations that includes Ben Hochman interviewing the author of a book about former St. Louisan and MLB Hall of Famer, Yogi Berra. 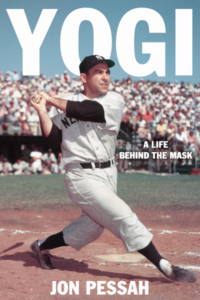 Yogi: A Life Behind the Mask  by Jon Pessah, a founding editor of ESPN Magazine, is the first biography to cover the entire arc of Yogi Berra’s life, from his hardscrabble Depression-era childhood in St. Louis, through his reign as a Hall of Famer to his death in 2015—just before Barack Obama awarded him the Presidential Medal of Freedom.

St. Louis sportswriter Benjamin Hochman of the Post-Dispatch will be the moderator for the Yogi Berra discussion. The Berra book is St. Louis-based since Yogi Berra grew up in The Hill.

Sonnenfeld will speak about his new book Call Your Mother: Memoirs of a Neurotic Filmmaker, a laugh-out-loud memoir which traces his idiosyncratic upbringing in New York City, his breaking into film as a cinematographer with the Coen brothers, and his unexpected career as the director behind such huge film franchises as The Addams Family and Men in Black, as well as Get Shorty. Sonnenfeld will be interviewed by comedian writer Alan Zweibel, an original Saturday Night Live writer who has won multiple Emmys and award for his work in television which includes Curb Your Enthusiasm, and The Late Show with David Letterman.

During the 2020 Festival more than 15 additional authors will present their latest titles, including two New York Times bestselling authors: novelist Sara Paretsky with her book Dead Land on November 7, and Bruce Feiler with Life is in the Transitions on November 8.

Kay Quinn from KSDK News Channel Five will be featured in a discussion. News personality Joan Lunden and her book Why Did I Come Into This Room: A Candid Conversation about Aging, will be discussed as a pre-festival event on October 25 with an interview by Quinn.

Another Missouri tie with the book festival is a book called The Paris Hours, the author, Alex George lives in Columbia and runs a book store there. That discussion runs Monday, November 4, 2pm, with ticket at  $18 He will be Interviewed by Momta Chaudhry, author of Haunting Paris

The summary of that book: In glittering 1927 Paris, Josephine Baker (who was born in St. Louis) dances with Ernest Hemingway, Maurice Ravel plays a lonely piano, and Gertrude Stein hosts her legendary salons. Yet alongside these creative geniuses, a quartet of ordinary men and women are forging their own extraordinary stories. The Paris Hours shows us that even the forgotten residents of Paris are as dazzling as the glorious city they inhabit. Alex George is a writer, a bookseller, a director of a literary festival, and a lawyer. He was born in England, received a law degree from Oxford University and worked for eight years as a corporate lawyer in London and Paris. He now lives in Columbia, Missouri, where he and his wife own an independent bookstore, Skylark Bookshop. His two previous novels, A Good American (a national and international best seller) and Setting Free The Kites received a variety of awards and recognition.

To see their brochure about the online festival: CLICK HERE 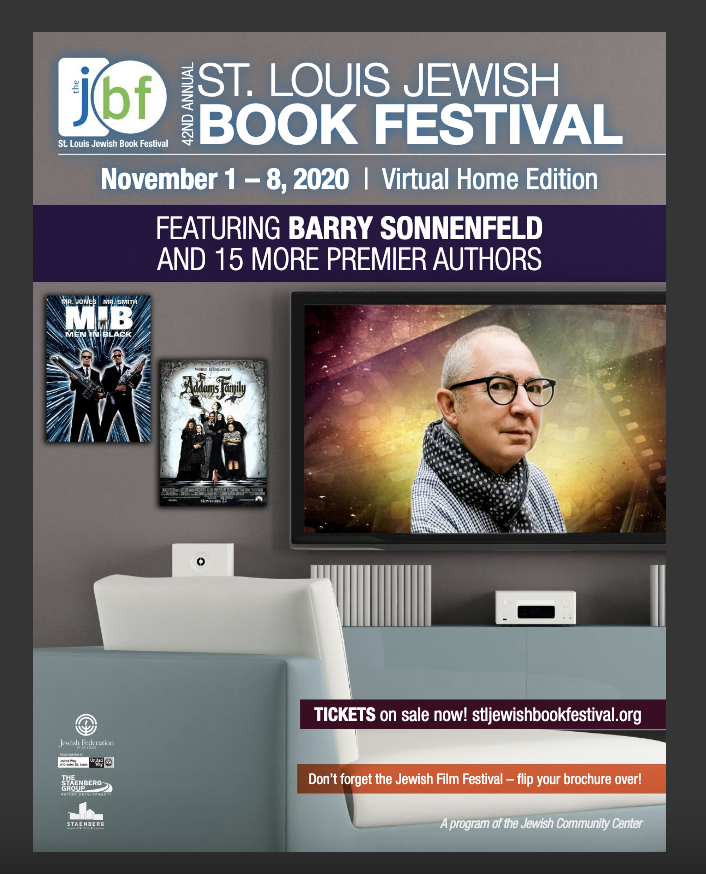 Now in its 42nd year, the Jewish Book Festival, is nationally recognized for both its excellence and its size – it is one of the largest in the country, with more than 10,000 audience members annually. People from all backgrounds and faiths come to Festival events to hear premier authors on topics such as history, music, politics, cooking, family, religion, sports and more. This year the Festival will be presented all online in a virtual home edition format featuring special guest interviewers and Q&A discussion with attendees.

Festival-goers can take advantage of the Fall Virtual Pass, which allows access to Opening Night and all Jewish Book Festival virtual events in 2020 for $95 per household. Passes are on sale starting September 8 and can be ordered by visiting stljewishbookfestival.org. Tickets to Opening Night with Barry Sonnenfeld are available for $30. Books can be purchased online at http://www.mainstreetbooks.net. The Festival, which runs November 1-8, is a program of the Jewish Community Center.

ABOUT THE J: The J is an interactive, multi-generational gathering place that offers a variety of programs and services to both the St. Louis Jewish community, and the community at large. The Jewish Community Center provides educational, cultural, social, Jewish identity-building and recreational programming and offers two, state-of-the art fitness facilities, all designed to promote physical and spiritual growth. Everyone is welcome at the J. Jewish Community Center Staenberg Family Complex 2 Millstone Campus Drive St. Louis MO 63146 jccstl.org