The Mizzou Football team plays at Florida this Saturday at 6:30 central time. It’s also Halloween so why not make some special treats for the occasion?

This year Tiger football fans are not able able to enjoy game day with thousands of their closest friends– whether at Faurot Field in Columbia or the away games since tailgating is prohibited, due to COVID-19– but that doesn’t mean you can’t still enjoy tailgate-worthy grub at home.

For your pre-game lineup consider a build your own brat or hot dog bar. A simple and tasty main course, grill up hot dogs and bratwursts then customized with a table set with toppings for each guests to create their winning combination.

Add in a few extra treats that are will up your game as the fancy but easy Pigskin Potatoes. A hand held bacon wrapped loaded baked potato that’s bitesize.  And don’t forget the nachos. It’s the number one seller at Busch Stadium. Make them extra special with a dollop of Bacon Chipotle Guacamole. 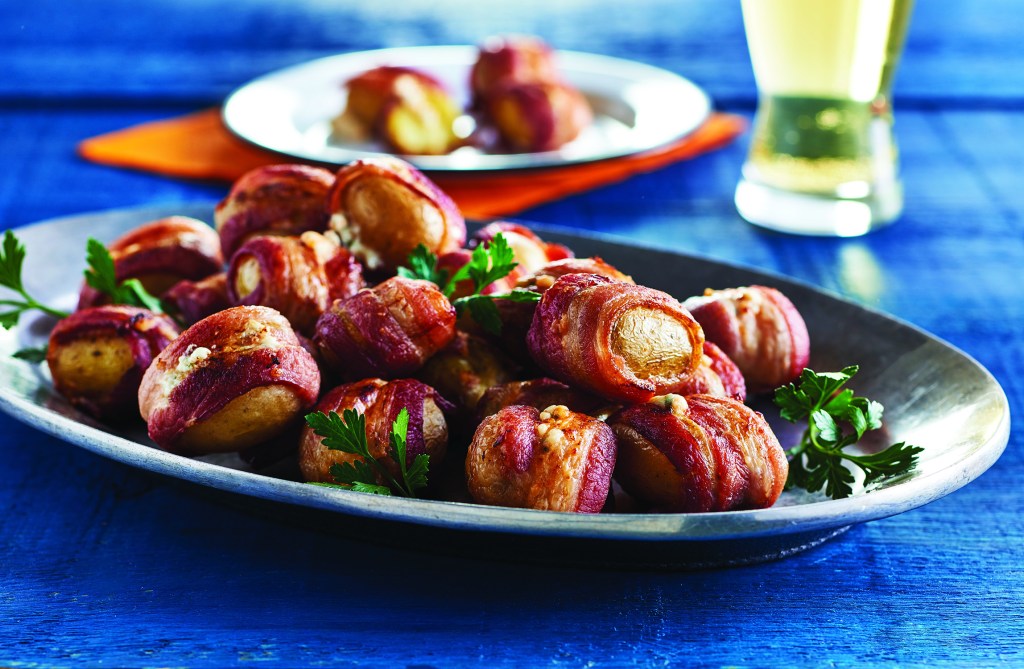 (courtesy of The Little Potato Company on behalf of Wisconsin Potatoes)

Boil potatoes until fork tender, approximately 15-20 minutes. Cut in half and allow to cool.

In bowl, use spatula to combine cream cheese, cheddar, chives, salt, pepper and jalapenos, if desired.

Once potatoes cool, spread cream cheese on one half of each cut potato and sandwich using other half. Wrap each potato using half rasher of bacon around cut middle to secure cheese filling. Bake on middle rack 10 minutes to allow bacon to set. Flip and bake 10 minutes.  Turn oven to broil. Broil 2 minutes, turn and broil 2 minutes until bacon reaches desired crispiness.

Tip: Bacon-wrapped potatoes can be made ahead of time and kept in refrigerator until ready to bake. 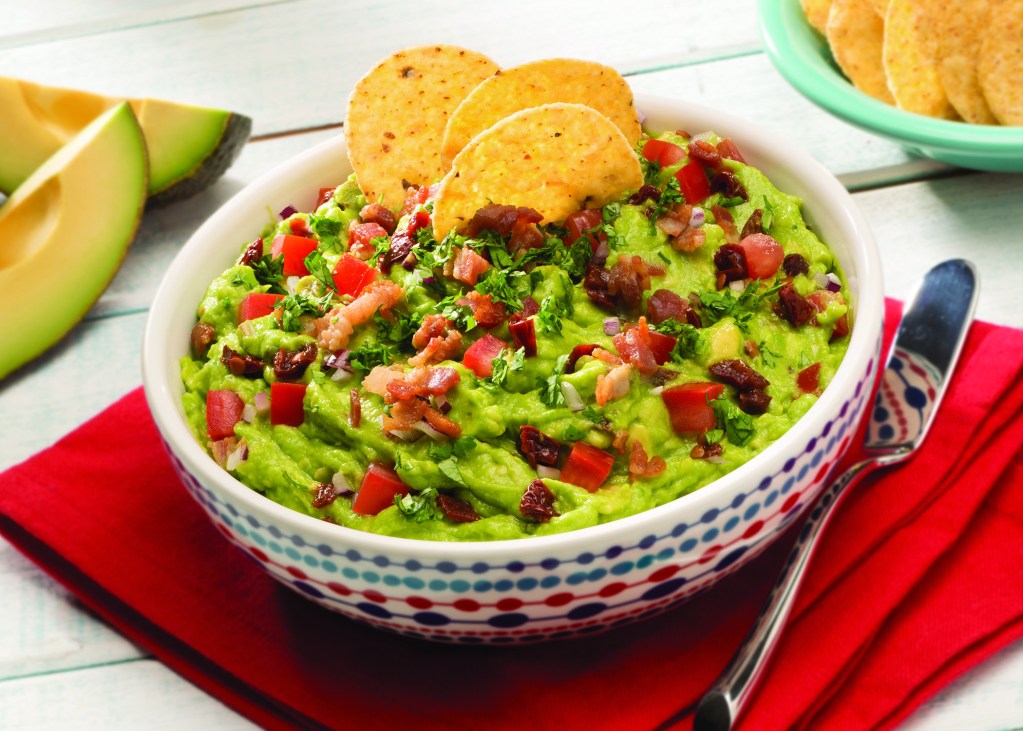 salt and pepper, to taste

In large bowl, mash avocados with shallots, garlic, cilantro and lime juice to desired consistency. Fold in bacon, tomatoes and chipotle chiles until well combined. Season with cumin, salt and pepper, to taste.