Carlos Martinez is in the news today but the facts about what exactly happened are still being sorted out as of Monday afternoon, after a tweet by reporter Hector Gomez that Martinez was arrested. The Cardinals then issued a statement saying it was their understanding that he was not arrested.

He also posted this: “St. Louis Cardinals RHP Carlos Martínez was taken into custody today by the National Dominican Police in Puerto Plata. Martínez had a massive activity in Puerto Plata’s seaside avenue “Malecón” violating all the social distancing protocols and the mandatory use of masks.”

Statement: “The St. Louis Cardinals were informed earlier today that Carlos Martínez had participated in a public gathering event this past weekend in Puerto Plata, Dominican Republic. We are currently gathering details from this event, but it is our understanding that Carlos was not arrested nor are there any pending legal charges against him. Certainly, we would not condone anyone from our organization knowingly violating community laws or health regulations.”

Gomez also posted a photo of Martinez on a motorcycle  at the event with Dominican singing star Denisse icelle Tejada who is known as “La Perversa.”

That translates as: “Major League Baseball player Carlos Martínez (the Tsunami) was arrested this Monday for participating, along with urban singer Denisse Michelle Tejeda, known as “La Perversa”, in a massive activity on the Puerto Malecón.”

DominicanToday.com, an English version of Dominican Today Newspaper reported that “La Perversa” was arrested but did not mention Martinez: “Urban singer Denisse Michelle Tejeda, known as ‘La Perversa’, was arrested on Sunday for attending a massive party in Puerto Plata, in which physical distancing protocols were violated. The measure is established to prevent the spread of COVID-19. 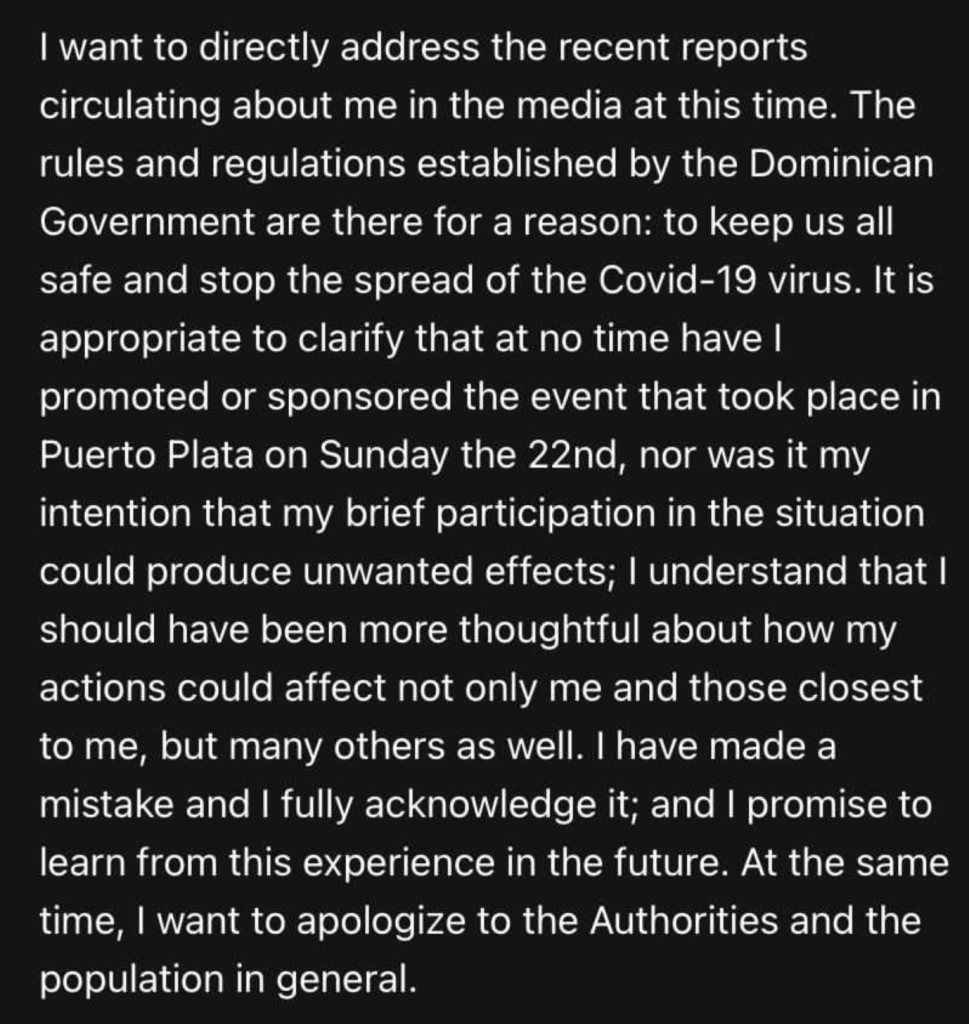