These are unique times, but even in a pandemic there are creative people coming up with new ideas on ways to get things done– even Santa is getting in on the act! 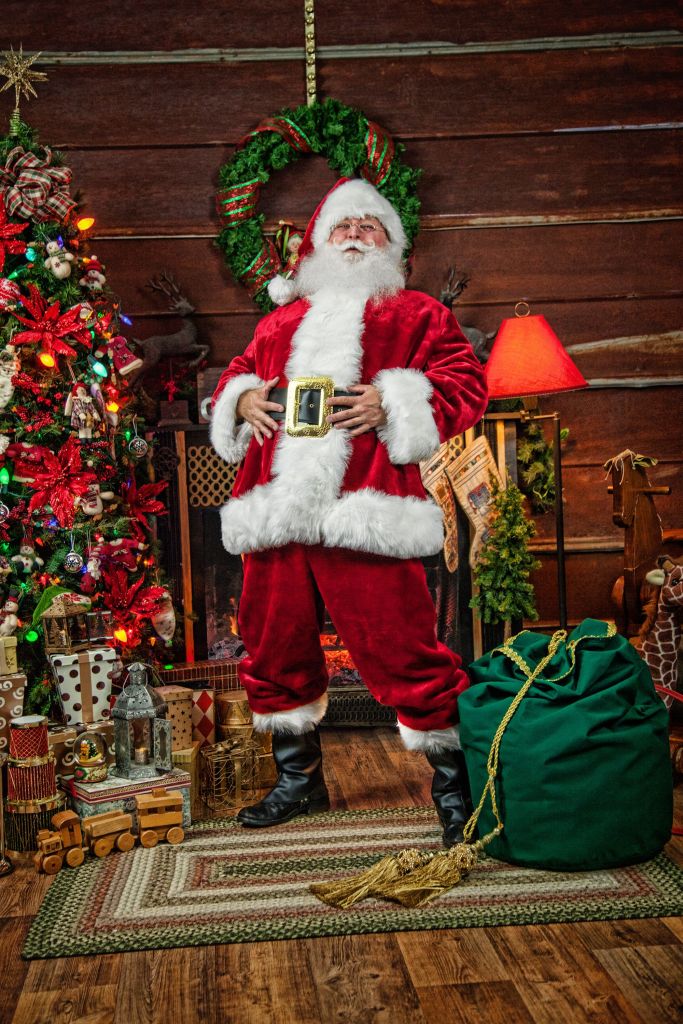 Santa Steve, RBS (Real Bearded Santa), aka Steve Campbell has been helping put the “Ho, Ho, Ho” into the holiday season since 2015, appearing throughout the Midwest and Mid-South at various venues from open houses to corporate events; but in the midst of COVID-19 he has come up with a way to help families keep up the tradition of visits with Santa.

With the pandemic effecting public spaces and gatherings, Campbell wanted to find a safe way to spread the Christmas Spirit for families as he has in prior years.  Zoom Video Calls with Santa was the clear and obvious solution! This Santa who looks every bit the part and actually looks like a Currier and Ives painting or a Coke ad is taking his love of being Santa to the next level.

Campbell, whose friends were not a bit surprised when he decided told them he was Santa.

“When he ‘came out as Santa’ to us friends years ago, it was no surprise,” said his friend Jim Corbett. “He has the genuine beard and loves the holidays.”

Steve Campbell is not just one of those Mall Santa’s picking up a little extra money in a costume. He takes his craft seriously and is a graduate from Susen Mesco’s nationally recognized Professional Santa Claus School based in Denver Colorado.

“Since 1983 Professional Santa Claus School of Denver has provided comprehensive education and training,” says their website. “We focus on what it takes on the inside, the Santa mindset and keeping the magic of the holidays for the children.” 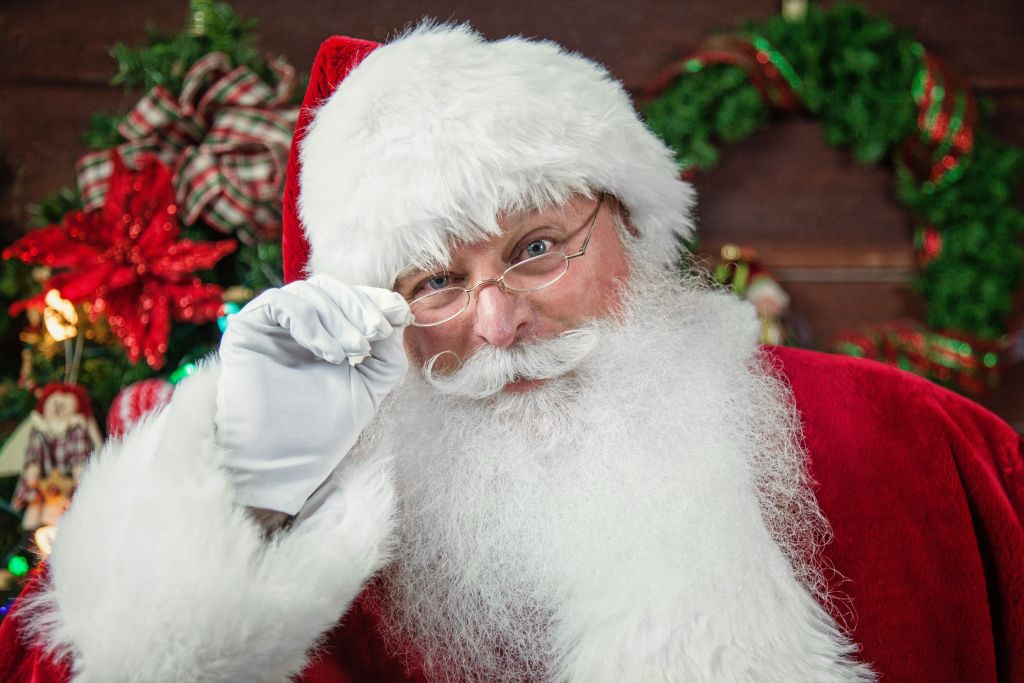 Just taking a look at Campbell will bring anyone back to their childhood—and the magic of the holidays.

“I don’t have children of my own, but I have a niece and nephew and a great nephew and lots of cousins,” said Campbell, who was told he looked like Santa often, even before starting the Santa business. “I was considered the ‘fun uncle.’ I was always a big kid.”

Campbell said he has always had a great love for Christmas.

“I had a intense love of Christmas,” he said. “The lights, decorations, gatherings and  spirit of the season.”

He had a large beard for most of his adult life and when it started graying very early, people started noticing.

“I always took it as a compliment when people would call me Santa even before I became Santa,” said Campbell.

“I’ve known Steve since 2003, and of all my friends, he’s certainly the most Christmas obsessed,” said Corbett. “You should see his house. The Griswolds would blush. It’s funny to be out in public with him in the off season because little kids will often point and call out ‘Santa!’ – to which he’s developed a wink and a ‘shhhhh’ gesture as if to say to the kids ‘don’t give my identity away!’”

Since it’s 2020 and people can’t take the children to the shopping mall to visit Santa, the new Zoom option is an easy way. to keep up the yearly tradition And besides, it beats, standing in line and being rushed through only getting a few minutes on Santa’s lap – now. With Santa Steve, the person who sets up the visit gets to set the time for the visit and the child gets 10 minutes of one-on-one with Santa. For a fee he will actually make a personal appearance if it is in a safe social distancing situation.

The more you look at the picture, the more you think maybe it’s not Steve Campbell. Maybe it is Santa.

The calls are informal in tone and performed from “Santa’s Den” in the North Pole, shown in photo at the top of the story.

When you reserve your time slot, you’ll be asked some questions which will help make the call more magical for your child.

Calls are $25…. Recording your child’s visit is available for an additional fee.

Formal (fully suited up) Christmas Eve calls are also available this year for an additional fee.

Santa Steve’s performances can be custom tailored to enhance an event and can even include Campbell’s musical talents as a singer /guitarist creating a singing Santa. During COVID-19 most of his requests have been for Zoom calls or one-on-one visits.

“I want to try to bring a little normalcy to Christmas during the pandemic,” he said “And through a Zoom call I get to spend more time with a child than they usually get to spend with Santa when they visit him in a store or mall. This can be more personal to the child.”

In non-pandemic years you can find Campbell leading Christmas parades, welcoming guests to events, reading The Night Before Christmas or climbing board The Polar Express; but in 2020 in true Santa fashion, he is finding ways to be there for the kids. 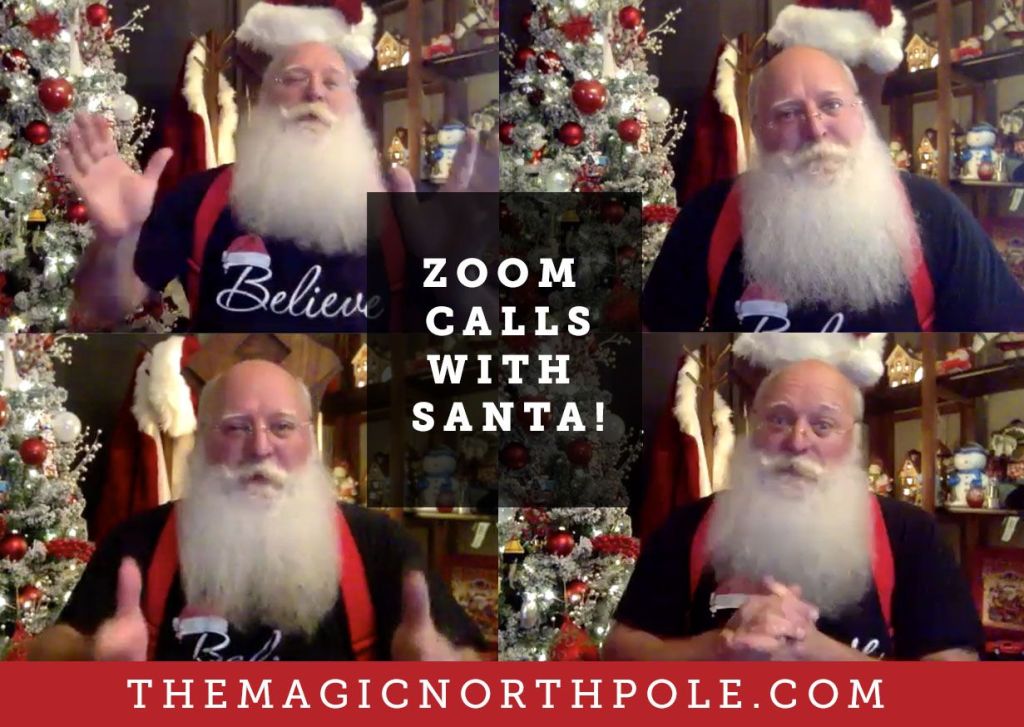