The Cardinals will open their spring training schedule on Sunday, Feb. 28, against the Washington Nationals in Jupiter, Fla., under the revised schedule released Friday by Major League Baseball.

The new schedule begins one day later than the original schedule, which was changed for health and safety reasons. The schedule was reduced from 30 games to 24 games. The missing games are expected to be replaced by intrasquad games.

One feature of the revised schedule is that the Cardinals will play eight night games, an increase from the one or two which they usually play in a normal spring. 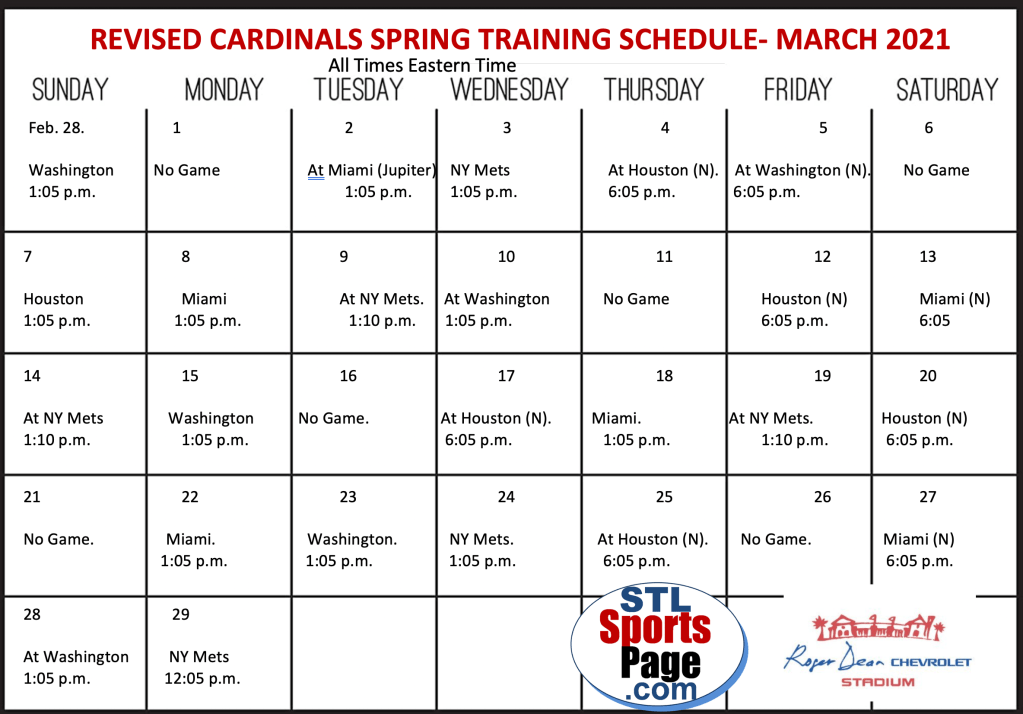