Skip Schumaker is coming back to the Cardinals.

Sources told STLSportsPage.com on Saturday that Schumaker, one of the team’s most popular players in recent years, will be named the Cardinals’ bench coach under new manager Oli Marmol.

The deal was being finalized this weekend, according to another source, and likely will be announced next week – along with the rest of Marmol’s staff.

The bench coach position became open with Marmol was hired as the Cardinals’ new manager, succeeding Mike Shildt. Other key members of the staff are expected to remain in the same positions working under Marmol, including pitching coach Mike Maddux, hitting coach Jeff Albert, third base coach Pop Warner and first base coach Stubby Clapp.

The only other open position on the current staff is that of the assistant hitting coach. Jobel Jimenez was not retained in that position and turned down another job in the organization.

The Cardinals have discussed adding additional personnel to the staff in coaching-level positions, but no final decisions on those jobs, or who would fill them, have been made.

In choosing Schumaker as the bench coach, the Cardinals decided to bring in a new voice who has been coaching outside the organization, but one who has deep ties to the Cardinals.

Schumaker, 41, was drafted by the Cardinals in 2001 and played for the team from 2005 to 2012 as part of an 11-year major-league career that concluded with stops with the Los Angeles Dodgers and Cincinnati Reds.

He joined the Padres organization after his playing career, first working in player development and then joining the coaching staff in 2018. He served as the first-base coach until being promoted to the position of associate manager, with bench-coach type duties.

Schumaker became available to look for another job with Jayce Tingler was fired as the manager of the Padres after the season. The Padres then hired Bob Melvin, the former manager of the Oakland Athletics, to replace Tingler.

Schumaker has no career managing experience but was considered one of the team’s smartest players with great baseball knowledge when he played in St. Louis. The Cardinals also were believed to have considered at least two former managers for the position before deciding on Schumaker.

Among Schumaker’s best friends are two of his former teammates, and current Cardinals, Adam Wainwright and Yadier Molina. 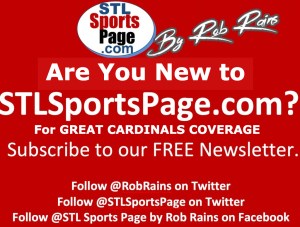