If you looked closely on  Family Feud this week on KMOV (CBS) Channel Four in St. Louis one team may have rung a bell to you because St. Louis was represented with the Bell family. Floyd Bell and his brothers Aaron, Darren, Matthew and their brother-in-law Manvel were on “The Feud” with Steve Harvey. 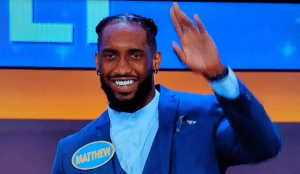 They found out that Family Feud was doing auditions in St. Louis and thought it would be fun for their family to audition. Trouble is they have a large family so there were more people than one team could hold.

They decided to divide the teams into men and women– do the battle of the sexes; so they tried out with two teams with siblings and some spouses. The women’s team was Aisha, Ashia, Kashina, Jessica and Andrea. Their sister Felicia helped both teams prepare.

Their sister Felicia was the main connection with the show and she made sure everything was handled. She played the host (the Steve Harvey character) in the audition tapes)

Felicia Bell saw an advertisement on Facebook that was seeking families in the Tampa Florida area.
“I figured I lived in Florida so that should count as a Florida family,” she said.  ” I sent a mass text to all of the siblings and parents and asked if anyone would be interested and the response was overwhelming so we could have more than just one team. We decided we had to have two teams just because of the interest over 15 family members responded with a yes.”
The Bell family is close and during COVID-19 supported each other in virtual ways.
“We celebrated birthdays baby showers and created a space to reconnect,” said Felicia. “Because we were already communicating, this process was easy. We used our routine Sunday calls for collaboration, rehearsal and for the creation of the audition submission.  We even tried to coordinate playing other families for the experience.

The male team made it to the second round and the show flew them to ATL for the taping. Felicia spoke for her sisters who were happy their brothers made it.

“We had mixed feeling about the boys team being selected and not the girls, but we are hopeful that there will be an opportunity to submit again and Learn from the experience.”

Once the brothers were selected the girls immediately went from their team to “Team Bell”– giving them encouragement and cheering them on.

“We were all excited for the boys team and seeing them on television made every bit of the process worth it. This was a major step just having the idea and having it coming to light.”

After they taped the show they could not tell anyone what happened.

The night of the show aired on TV the whole family watched.

Steve Harvey introduced them as: “the Bell Family from St. Louis, home of Cedric the Entertainer” and mentioned they were representing “The Lou.”

“We are a family of 12 sibling that grew up in North St. Louis,” said Felicia Bell.  “We had a lot of love growing up.

“Our family is competitive and tight knit– yet we are a strong family of faith.  We knew we could achieve the impossible if we believed. Our parents, Floyd and Alice Bell taught us about resilience and fortitude. They cheered us on through the process and are the biggest supporters of their children.” 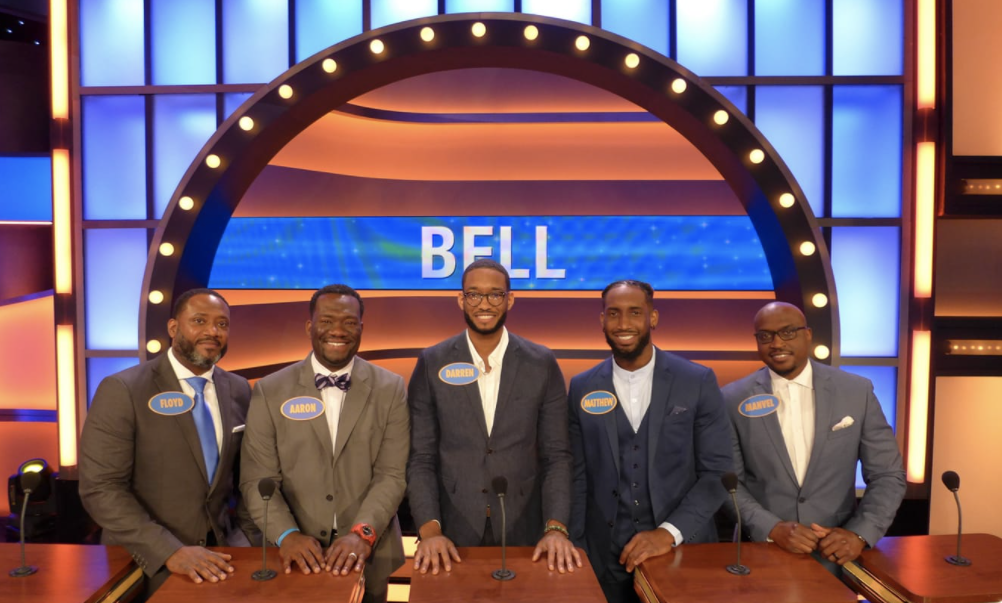