STLSportsPage.com knows our readers are active and that’s why we have a Food and Travel page. This is the first in a series of “Vacation Ideas” with fun “themed” vacations you can start planning or put on your bucket list.

Starting in St. Louis and heading up towards New York there are an amazing amount of Halls of Fame; but there are also some if you head south to Nashville or Atlanta and even in Texas–pretty much any state. It really just depends on what you are looking for—or if you are wanting to rack up a long list. Google the states you will be in and “hall of fame.” 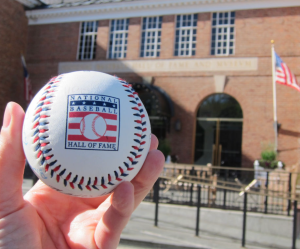 For our particular Hall of Fame Vacation our main destination was the Baseball Hall of Fame in Cooperstown, New York– and we were able to fit at least 11 Halls of Fame in our trip. The photo at the top of this article shows three mugs from the trip. We decided to collect a mug from each gift shop.

Cooperstown, New York is a great little town to visit. It was named after William Cooper, a wealthy land speculator and judge and the father of novelist James Fenimore Cooper. Whether you are going to watch the Hall of Fame ceremony– which is a great time to go– or just to spend some time at the Baseball Hall of Fame Museum, it’s a great destination.

Otsego Lake is right there with a beautiful boat ride that should not be passed by. There’s an agricultural museum, and. just a very quaint little town to explore. Bed and Breakfasts are a good choice but if going for the HOF festivities you need to make reservations as early as you can. (If trying to see as many halls of fame, Saratoga Springs is about an hour and a half away and that’s where the Thoroughbred Racing HOF is.)

Cooperstown is also just four hours from Niagara Falls so we built that into the trip. 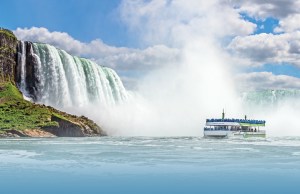 If you make it to Niagara Falls, be sure you take a ride on the “Maid of the Mist.”

We were surprised to find out that there was a Soccer Hall of Fame in nearby Oneonta, New York which had fun interactive exhibits the kids liked. Unfortunately that has since closed. Just north of Niagara Falls– in Toronto, Ontario Canada– is the Hockey Hall of Fame.

In one trip we were able to map out a trip to these Halls of Fame:  Indianapolis Motor Speedway, (Indianapolis, IN), Pro Football (Canton, OH) Rock and Roll (Cleveland, OH), Soccer (Oneonta, NY), Baseball (Cooperstown, NY), Women’s Hall of Fame (Seneca Falls, NY), Boxing (Canastota, NY), Hockey (Toronto). On our way home we came back through Michigan, stopping at the Motor Sports Museum in Novi, Michigan (which is now permanently closed) and the College Football Hall of Fame in South Bend, IN but that HOF has since been moved to Atlanta.

On another trip we went to the College Football Hall of Fame at it’s newer location in Atlanta and that is really worth the visit. 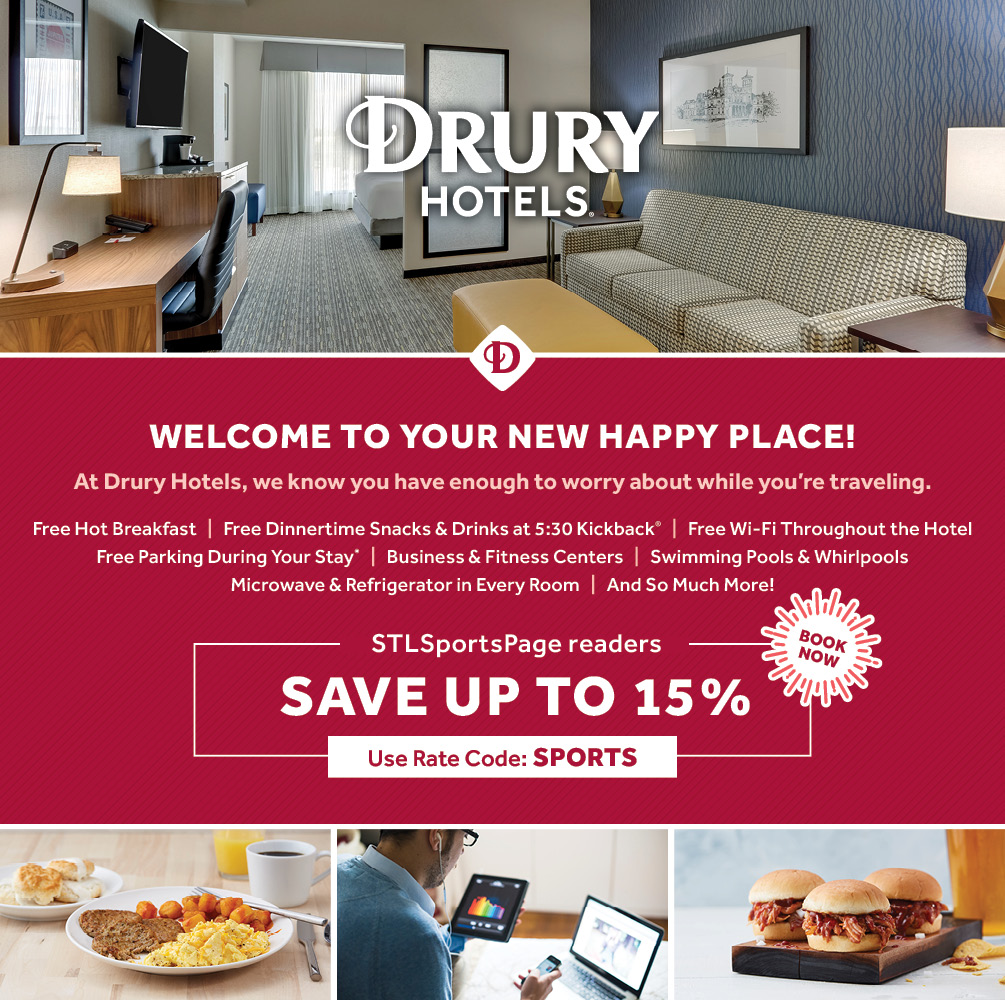 We love to travel and if there is a Drury Hotel in the town we have always stayed there. Because of that fact we contacted the Drury Hotels, which are headquartered in St. Louis and brought them on as a sponsor when we started STLSportsPage.com and they have been with us for seven years. When listing the halls of fame we will also list the Drury Hotels in that town. When making reservations, be sure to use the promocode “SPORTS” to get the lowest discount you can.

Halls of Fame in St. Louis

Starting in St. Louis there are several halls including the Cardinals Hall of Fame and Museum and the Chess Hall of Fame.

Cardinals Hall of Fame and Museum

With the great heritage and history of the St. Louis Cardinals the Hall of Fame Museum is a great destination. It boasts one of the largest team-specific collections of artifacts and memorabilia in the world. The museum’s seven galleries take fans on a chronological journey through the rich history of the Cardinals, allowing them to learn about the birth of the franchise, relive special memories and interact with great exhibits. 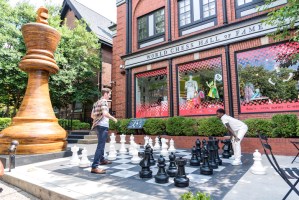 The World Chess Hall of Fame

The center of the international chess world is in the Central West End area of St. Louis. The World Chess Hall of Fame presents world-class exhibitions that explore the connection of chess to art, culture, and history.

Other Parts of Missouri

For those looking to do a short trip you can find several other halls of fame in Missouri: The Missouri Sports Hall of Fame in Springfield and the Negro Leagues and College Basketball Hall of Fame in Kansas City. 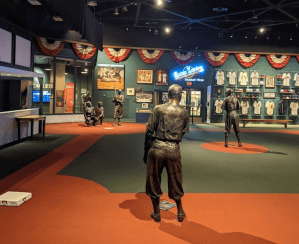 The Negro Leagues Baseball Museum (NLBM) is the world’s only museum dedicated to preserving and celebrating the rich history of African-American baseball and its impact on the social advancement of America. The privately funded, 501 c3, not-for-profit organization was established in 1990 and is in the heart of Kansas City, Missouri’s Historic 18th & Vine Jazz District. The NLBM operates two blocks from the Paseo YMCA where Andrew “Rube” Foster established the Negro National League in 1920.

Drury Hotels in Kansas City, Missouri BOOK TODAY (airport)- note: there are other Drury hotels in the KC area. 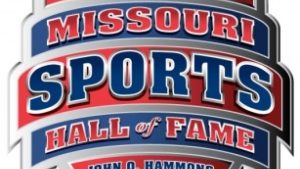 The Missouri Sports Hall of Fame

Springfield, Mo. is the home of the Missouri Sports Hall of Fame. It’s interesting to look at all the memorabilia from athletes who were all from Missouri or made a big impact on Missouri. 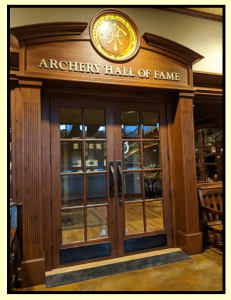 Whenever you decide to embark on a hall of fame vacation it’s interesting to actually know how many are out there. There is a Hall of Famous Missourians in Jefferson City at the Capitol. Springfield, Missouri can boast that they have the Archery Hall of Fame.

According to the Archery Hall of Fame’s website, more than two million people have visited the Museum since opening in the fall of 2012. Start googling halls of fame. It’s a lot of fun to see where it takes you. There is basically a hall of fame for everything.

Did you know there was a Medicine Hall of Fame? It’s located in the Kansas City area. Learn about the men and women who have contributed to the advancement of medicine while viewing examples of many of the tools of the medical trade used by these physicians, healers and medicine men. Follow the story of various cultures through the centuries and how they have dealt with the diseases and ailments of the human race. Marvel at little known facts and surprising revelations about early treatments and unusual methods of practice.

Some Halls of Fame Around the Country 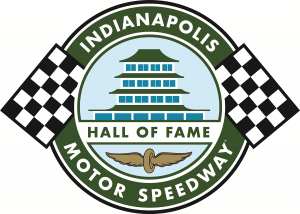 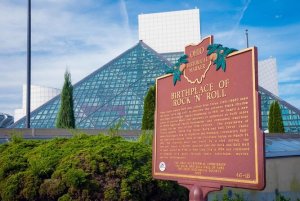 The Rock and Roll Hall of Fame is located in downtown Cleveland, Ohio, on the shore of Lake Erie. It is a unique glass, pyramid-looking building.

The NASCAR Hall of Fame honors drivers who have shown expert skill at NASCAR driving, all-time great crew chiefs and owners, broadcasters and other major contributors to competition within the sanctioning body. It is located in the Charlotte Convention Center in Charlotte, North Carolina.

While in Nashville, there is another hall of fame to visit. The Musicians Hall of Fame and Museum in Nashville honors all musicians regardless of genre or instrument. 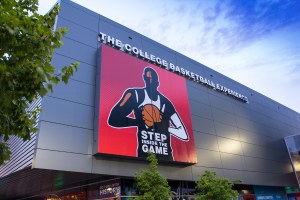 The National Museum of Horse Racing and Hall of Fame is in Saratoga, NY. It was founded in 1951  to honor the achievements of American Thoroughbred race horses, jockeys, and trainers.

If you are a horse racing fan and New York is a bit far for your trip, you could go to the Kentucky Derby Museum in Louisville. 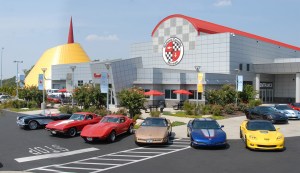 There is a hall of fame for almost everything. Did you know there is a Corvette Hall of Fame? It is located at the National Corvette Museum in Bowling Green, Kentucky. Corvette Hall of Fame inductees have distinguished themselves, not only through their accomplishments, but also by their high standards of integrity and character that reflect and enhance the reputation of the Corvette and the National Corvette Museum.

The Bowling Hall of Fame was in St. Louis for years but has moved to the Dallas suburb of Arlington. The museum is full of one-of-a-kind bowling artifacts, a unique bowling experience. The Bowling’s Hall of Fame has many rare photos and vintage film clips that tell the stories of bowling’s greatest legends.

Drury Hotel in Dallas, TX Area BOOK TODAY (check to see if that is closest and Drury Hotels are building one in Arlington, so depending on when you leave it may be finished.

The National College Baseball Hall of Fame is in Lubbock, Texas and we could go on. The sky is the limit as far as Halls of Fames go– and speaking of the sky, did you know there was a U.S. Astronaut Hall of Fame? It is at the Kennedy Space Center in Merritt Island, Florida.

Now that we have given you a few ideas, you can put together your own Hall of Fame Vacation.