The schedule consists of 15 games, against teams that train in the area – the Marlins, Mets, Astros and Nationals. The final game will be on Tuesday April 5, two days before the regular-season opener in St. Louis.

For the link to buy tickets at Roger Dean Chevrolet Stadium CLICK HERE.

Here is the Cardinals’ schedule: 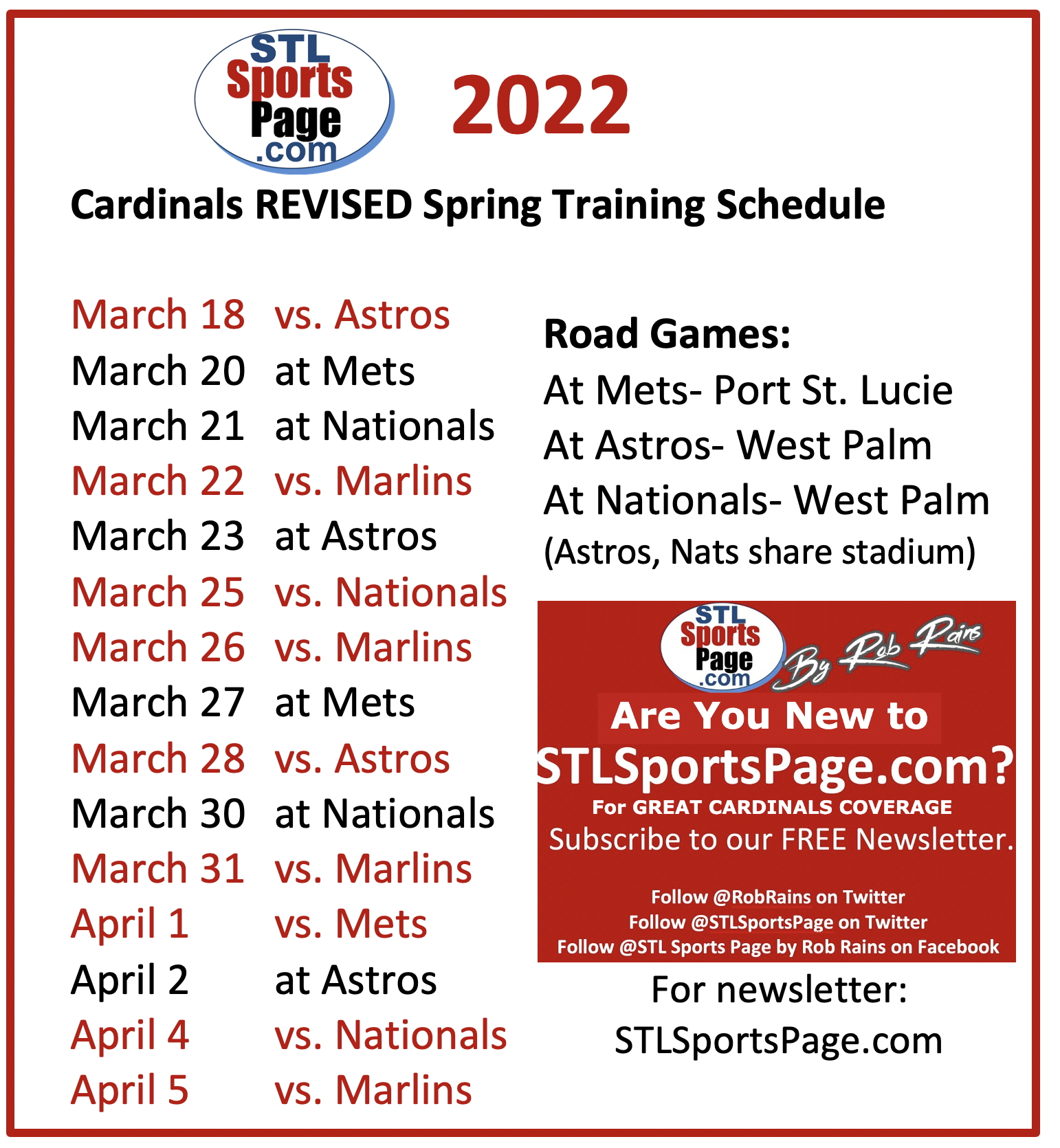 Bally Sports Midwest will televise seven 2022 Spring Training contests.  The television home of the Cardinals kicks off its live game coverage with the Spring Training opener vs. the Houston Astros on Friday, March 18, at Roger Dean Chevrolet Stadium at noon CT.  Each of Bally Sports Midwest’s telecasts will also be streamed live on the Bally Sports app and BallySports.com, and most afternoon games will be replayed in prime time.  Dan McLaughlin will call the action alongside Jim Edmonds and Brad Thompson.

The team’s flagship radio station KMOX 1120 AM will broadcast all 15 spring games with John Rooney, Ricky Horton and Mike Claiborne behind the microphone.  The radio schedule also begins on Friday, March 18, vs. the Astros.  Cardinals Spring Training games will also be carried on the 147 Cardinals Radio Network affiliate stations, the largest radio affiliate network in MLB.  Fans are encouraged to check their local listings for details.

Additional Cardinals spring contests may be televised or broadcast by opposing teams and be available for streaming via the MLB app, MLB.TV, or cardinals.com. 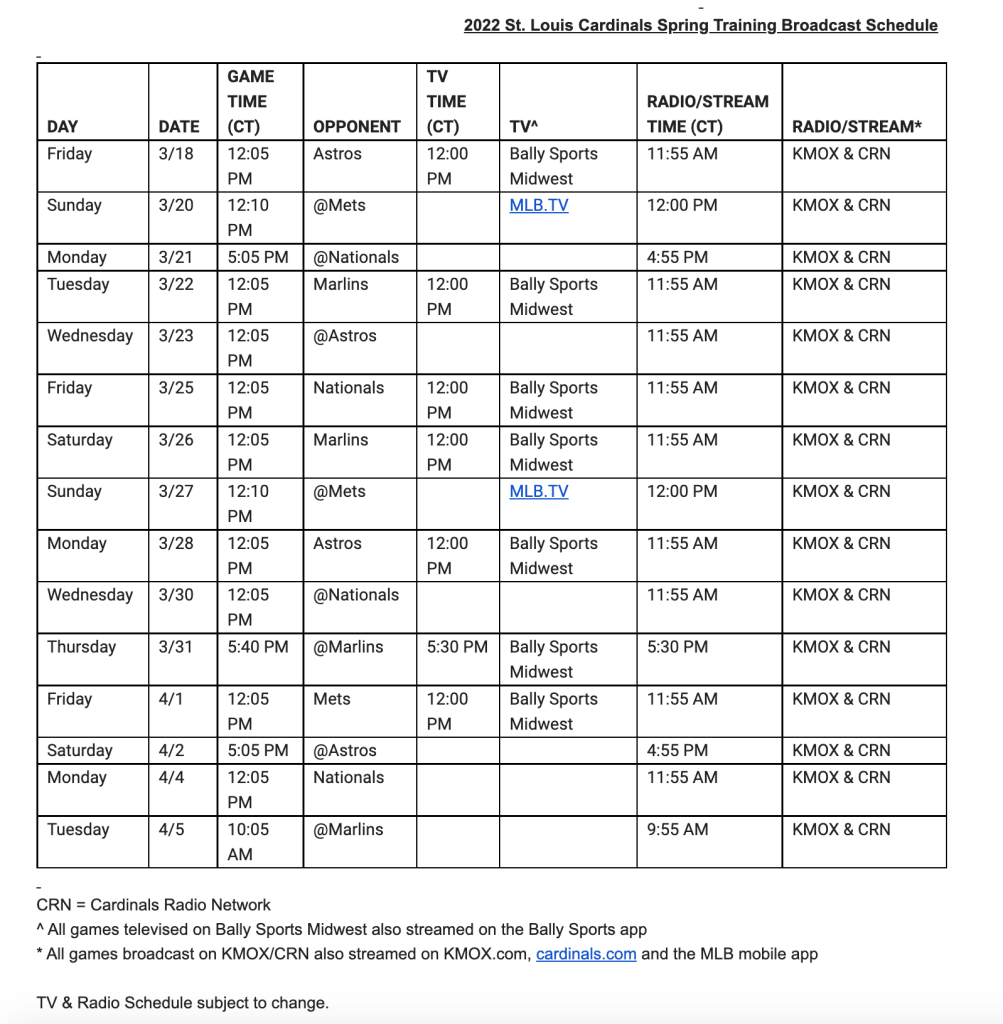 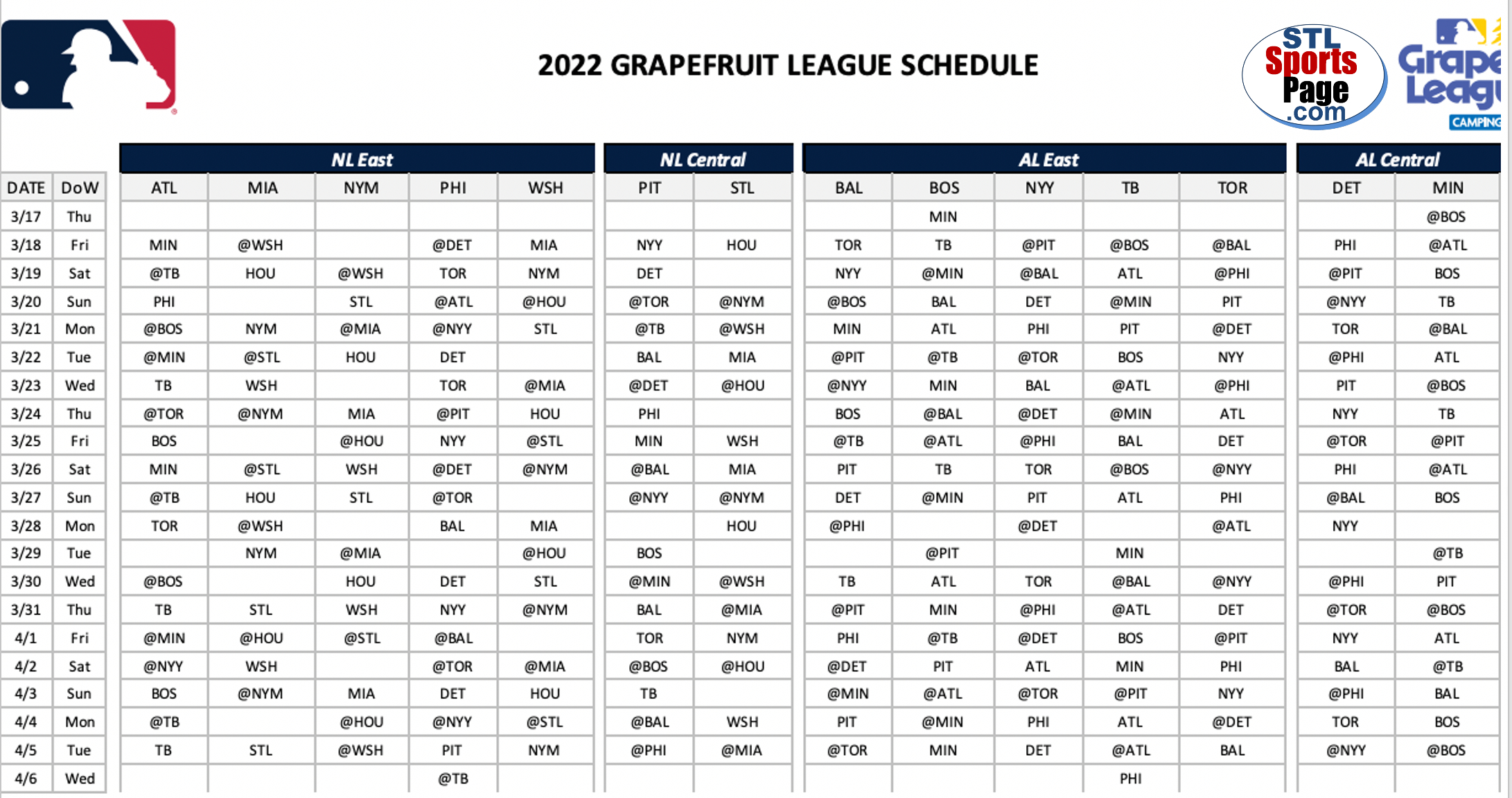 Did You Know?
HotDog.com, says they can show baseball fans how to watch MLB online without cable. They say their guide includes: no contract and live-streaming options, on-demand and DVR options, and price comparisons and device compatibility. We have not used it but wanted to pass on the info. To learn more, CLICK HERE.