JUPITER, Fla. – The best part about day one of spring training on Monday for the Cardinals’ Adam Wainwright was that it felt like day one.

“It’s exciting to be here. It was exciting doing the same normal drive, pulling into the same ol’ parking lot,” Wainwright said. “There’s a new roundabout out there – exciting times around Roger Dean too.

“It feels like baseball, which is exactly what I was hoping.”

One difference, of course, was that Wainwright’s drive to the ballpark for the first day of spring training came almost a month later than normal because of the lockout.

Still not officially ready to declare that this will be his final season, the delay might have meant more to Wainwright than some other players, not knowing when he would get to make that drive.

“There were some times when it seemed like a deal was maybe further off than it was,” he said. “What we were hearing was that we might not get to an agreement. Glad we did, glad we’re here.”

Because of the shortened spring schedule, the Cardinals’ jumped right into live batting practice on day one, and first on the mound was Wainwright, throwing to a group of hitters that included Nolan Arenado and Tyler O’Neill.

“I found out I had a live BP today but I was ready, I’ve been ready,” he said. “I’ve already thrown three innings against the Glynn Academy Red Terriers in Brunswick, Ga.

“It was important for us to come in more prepared than we normally would be. We knew we had to be ready so that the main thing is that nobody gets hurt and second was that we can go out there and compete at a really high level so when games start we are ready to rock.”

Arenado did hit a home run off Wainwright, but Wainwright had an explanation for that.

“That was not the pitch I was trying to throw, bad location to the wrong hitter,” he said. “I was trying to be a good teammate, help his confidence too. You can’t go out there and strike everybody out and have them feel bad about themselves.”

It is not lost on new manager Oli Marmol how important Wainwright’s presence is to him, and to the rest of the Cardinals.

“He means a ton to me,” Marmol said. “Waino’s been a good friend and someone just like Yadi (Molina) who has shaped the culture of what we do, not only with our pitchers but with our position players – the attention to detail, he’s a teacher. He’s really good at it. 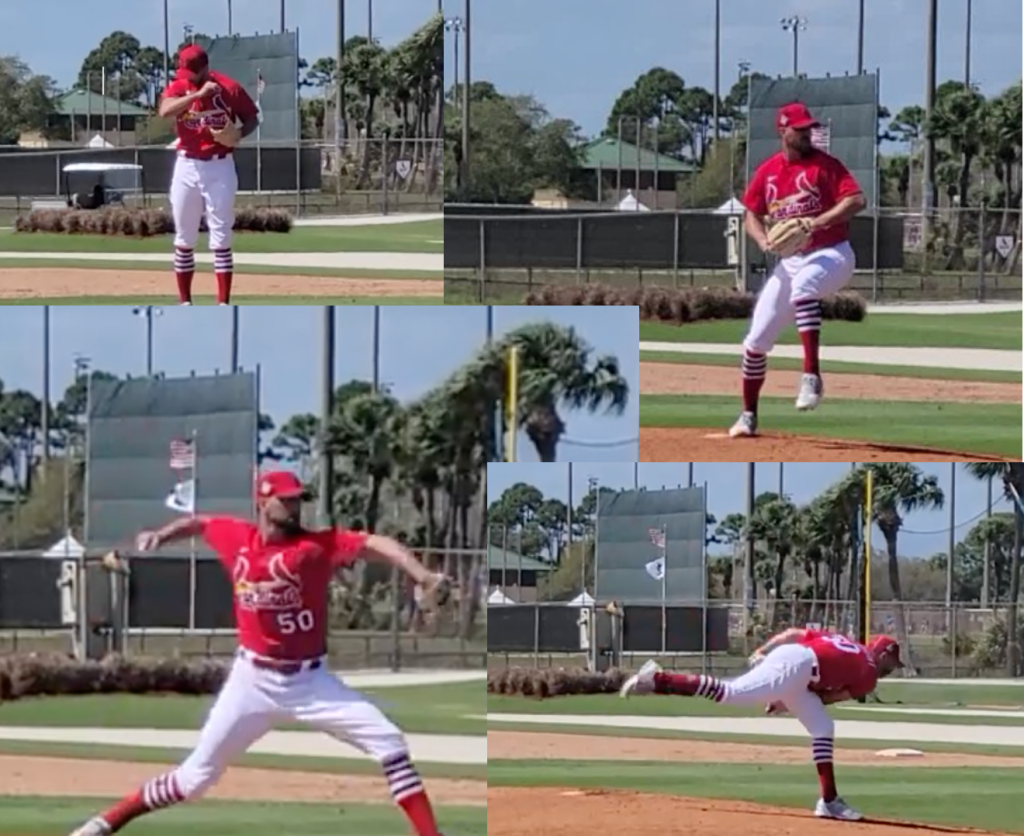 “He’s one of those guys who when he needs to speak he speaks and if you just watch him you understand that he does things different than most. It’s a beautiful thing for a young guy to sit there and watch.”

John Mozeliak, president of baseball operations, said the first phone call he made to a player after the lockout was lifted was to Wainwright. He knows the significance that this could be the final season for each in their careers.

“I was reflecting today on sort of what to say about Yadi and Waino (in his talk to the team), and I put a lot of thought into that and then saw on my phone that Tom Brady was coming back so I scraped a lot of what I was going to say,” he said.

“It personifies longevity, it personifies excellence and in a lot of ways it personifies the Cardinals. That’s cool. All of us who have gotten to know Adam over his time here, I think everybody would agree he’s a special person.”

Other news and notes from Monday:

Reyes health a question: The Cardinals said they were taking an “extended” review of Alex Reyes’ right shoulder, which he described as sore. More should be known in the next couple of days about his status but Reyes did not appear overly concerned.

Three missing: Three players were missing from the opening day workout. Mozeliak said Molina and Giovanny Gallegos had personal issues they were dealing with and that he hoped both would in camp within a few days. Genesis Cabrera had travel issues after his flight on Sunday was cancelled.

Non-roster additions: Nine pitchers and 12 position players moved from the minor-league camp with the opening of the major-league camp, including the organization’s three top prospects – Nolan Gorman, Jordan Walker and Matthew Liberatore.

The group of non roster pitchers includes Aaron Brooks, James Naile and Kyle Ryan, all of whom have big-league experience and will compete for a spot in the Cardinals’ bullpen.