JUPITER, Fla. – The news that Jack Flaherty will miss at least the first month of the regular season, and perhaps more than that, because of his shoulder injury has raised another question in the Cardinals’ spring camp.

Who will replace him?

That competition already has begun, with manager Oli Marmol saying it will be a “wide open” battle.

“It becomes a nice competition,” Marmol said on Saturday. “I’m looking forward to seeing it.”

A look at the current pitchers on the spring roster, and some in the minor-league camp, produces five possible candidates to join Adam Wainwright, Miles Mikolas, Steven Matz and Dakota Hudson as the team’s starters when the year begins in three weeks.

Two of the candidates, Jake Woodford and Johan Oviedo, were spot starters for the Cardinals last year, part of the starter-by-committee approach that saw the team use 12 different pitchers in that role. Of that total, seven are no longer on the team – and they combined to start more than half, 84, of last year’s games.

The team’s current rotation, other than Wainwright, combined to start just 10 games for the Cardinals in 2021, nine by Mikolas, out much of the year with injuries, and one by Hudson as he was returning from Tommy John surgery.

The team had really counted on having more stability in their rotation this season, but whether that happens could depend on who wins the open spot and how well he pitches to begin the year.

“I don’t think the message changes at all,” Marmol said. “I think they came in here wanting to win a spot regardless. Now it just became even more available.”

Here is a look at those five candidates:

Jake Woodford: He might be the favorite to win the job. Now 25, the righthander started eight games last season and the key split is what he did in his five starts in September, when Woodford posted a 3.09 ERA, allowing eight runs in 23 innings. He has seemed to build on that success coming into this year’s camp.

“I’m impressed by the way he’s carrying himself as he goes about his overall work,” Marmol said. “He’s understanding who he is a little bit more and what he needs to do to have success. The confidence is going to help that as well.”

A former first-round draft pick out of high school, Woodford has made 108 starts in six minor-league seasons in his career, including 45 at the Triple A level. 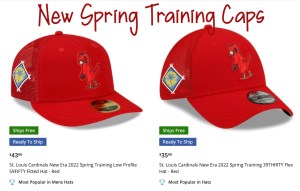 Drew VerHagen: The Cardinals signed the free agent VerHagen to a two-year contract within hours of the end of the lockout. A 31-year-old righthander, VerHagen spent the last two seasons pitching in Japan and has big-league experience with the Tigers.

The best role for VerHagen could be as a multi-inning reliever, especially early in the season, when the short spring training will almost certainly keep starters from going deep in the game, putting more pressure on the bullpen.

The Flaherty injury could change that plan, however, and put VerHagen into the mix as a candidate to start.

Aaron Brooks: If Brooks was looking to catch the Cardinals’ attention quickly, he did just that during Friday’s opener. Brooks, a non-roster pitcher, struck out five of the six hitters he faced and got the other out on a groundball back to the mound.

Brooks, 31, spent the last two years as a starter in South Korea and has major-league experience with several teams.

What could give Brooks, and Matthew Liberatore, an edge in the competition is the fact that they have been in Florida and taking regular turns on the mound since late February and will be built up more than pitchers who just got into camp a week ago. 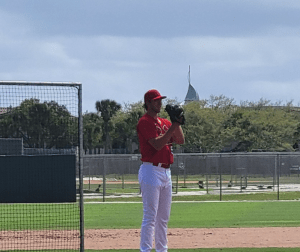 Matthew Liberatore: The organization’s top pitching prospect for the last two seasons, the 22-year-old lefthander made a big jump up to Triple A last year and is expected to make his MLB debut at some point this season. The question is will that be when the year begins, or sometime later in the summer? The Cardinals might decide, if they think Flaherty will be back in May, that it will be better for Liberatore to keep building on the success he had in the second half of last year at Memphis before receiving that promotion.

Liberatore pitched two innings in relief in the spring opener on Friday, allowing one run on two hits while striking out three.

“I saw a little bit more of the competition in the way he went about it,” Marmol said. “The message for him is basically not trying to do too much at times. He kind of overcooked a couple of his off-speed pitches.

“It’s going to be a matter of settling in; having confidence and competing but not trying to overdue it.”

Johan Oviedo: It was a tough season for Oviedo in 2021, who was winless in his 13 starts, 0-5, and over the last two years has gone 0-8 in 18 career starts. The 22-year-old righthander was close to a win a couple of times but it didn’t happen. The Cardinals are still confident that his future is as a major-league starter at some point.

What Marmol wants to see this spring is how Oviedo responds to last year’s adversity.

“A big part of him being who we think he can be is maturing and actively competing regardless of the situation,” said Marmol, knowing how somebody responds from adversity often is a key to future success, figuring out a way to “plow through it.”

“We all experience it,” he said. “It’s a matter of how we respond to it. I’m super curious to see how he responds to it.

“He was put in a situation where he got there sooner than he anticipated or we anticipated possibly. Now he has to use that experience for good.”

Other candidates: It isn’t out of the question that the pitcher who becomes the fifth starter might not be currently wearing a Cardinals uniform. With Oakland conducting a fire sale, two of their starters, Sean Manaea and Frankie Montas, have been mentioned in trade rumors with multiple teams but the asking price is reported to be very high.

With the Reds trading away much of their top players as well, would they be willing to trade Luis Castillo within the division?

There also are some free agents still available, including one pitched for the Cardinals last year, J.A. Happ. The problem with signing a free agent, however, is that he likely would take almost as long to get ready to start as Flaherty is expected to be out.

Photo of Jake Woodford by AP courtesy of KSDK Sports