The Fourth of July holiday, which really stretches out over a two week period– the week before and the week after– is all about tradition. Many families in St. Louis will be barbecuing pork steaks, many will watch the Cardinals game, the Nathan’s Famous Hot Dog Eating Contest (info below) and of course there will be fireworks displays around the area. For those who can’t go out there are fireworks shows on television.

To find out where to watch the fireworks in the St. Louis area:  CLICK HERE

For the Independence day weekend, the Cardinals are in the City of Brotherly Love, Philadelphia– the same place that on July 4, 1776 the Continental Congress formally adopted the Declaration of Independence, which had been written largely by Thomas Jefferson. On Saturday they brought their own fireworks with that crazy game of four consecutive home runs in the first inning– with two outs.

Monday they move on to Atlanta. Game time is 6:20 St. Louis time. Dakota Hudson will be on the mound for the Cardinals. 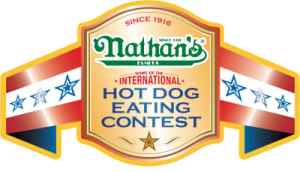 ESPN3 will show the women’s contest, while on-air coverage will begin on ESPNews at 11 a.m.. It will also be streamed on ESPN.com and the ESPN app. 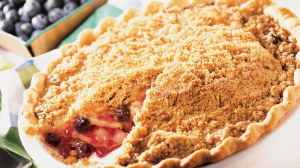 Apple pie is about as American as you can get. Our Travel/Food Editor Suzanne Corbett has a favorite Apple Pie recipe– and since July is blueberry month– this recipe combines apples and blueberries.

“Here’s one of my favorites from PIllisbury,” she said. “I’ve used in many classes I have taught. Enjoy.”

Place pie on middle oven rack over foil; bake 50 to70 minutes or until apples are tender and edge is bubbly. After 20 minutes of baking, cover entire pie loosely with foil to prevent excessive browning.

And if you are thinking of the old “Baseball, Hot Dogs, Apple Pie and Chevrolet commercial…

Under this heading, there is a ’57 Chevy on display at the National Transportation Museum. On the Fourth of July or any other day they are open you can see the historic collections of trains, cars and even a plane. To see the cars on display, CLICK HERE.