Drury Hotel, Airport has a great pool, is convenient to the airport, but there are four other locations in Phoenix

The Arizona Fall League is in full swing in the Phoenix area and STLSportsPage.com will be out there as we have in the past, checking on all the action and reporting back. We’ll be there Oct. 26-29, but the Fall League goes on through October with the Championships on Nov . 12.

The Cardinals players will be on the Salt River Rafters. They play their home games at Salt River Fields at Talking Stick near Scottsdale,. The ballpark is also the spring training facility of the Arizona Diamondbacks and Colorado Rockies.

(Scroll down for baseball specifics about the Fall League)

There is so much to do in the “Valley of the Sun” as the Phoenix area is called. Whether you want culture like the Heard Museum, the Wild West, Golfing, Shopping or just going to the Fall League games at night and swimming at your hotel during the day.– there is something for everyone

As the weather gets cooler in the St. Louis area, the Drury Hotels in Phoenix have indoor/outdoor pools and it’s perfect weather to sit by the pool. If you choose a Drury Hotel for your trip, don’t forget to use the promocode SPORTS. With four in the area it’s best to map out where your activities will be and choose by location. more on that below.

There is great golfing for those who like to check out the local links when they take trips. Here is a site that lists their version of the best golf courses in Springfield. CLICK HERE. 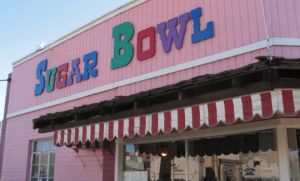 Scottsdale is a fun suburb of Phoenix. It has an area called “Old Town Scottsdale” which is a western-type area with artists, crafters, and the famous Sugar Bowl Ice cream shop restaurant. The Sugar Bowl has been featured in the comic strip “Family Circus” as Bill Keane the artist who drew and wrote the comic lived in the Scottsdale/Happy Valley area and loved the ice cream shop. It is features bright pink booths, old fashioned burgers and fries with outstanding ice cream desserts. The Sugar Bowl is a “must see” for anyone who likes the old-fashioned feeling of an ice cream fountain.

Old Scottsdale also has art museums of all types with crafts in the style of “Arizona.” There are many jewelry stores: and other little shops lots of turquoise and silver, Native American blankets, etc.

There are also bars and restaurants. Go during the day so you can take it all in and then if you see an eatery or bar you want to come back for, you’ll know where it is. There are several “wild west” photo opportunities including the sign shown left.

Phoenix is a diverse place to travel because it has a little something for everything. 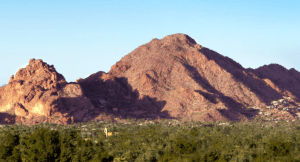 Nature lovers enjoy the scenery, hiking and nearby trip to Sedona. Camelback Mountain is located about 20 minutes from downtown Phoenix, It is one of Phoenix’s best hikes and most popular attractions for thousands of visiting hikers each year. Two difficult trails ascend 1,420 feet to a summit resembling the hump of a camel’s back, affording 360-degree views of the surrounding city.

Phoenix can have excessive heat and when the temperatures are too hot Camelback Mountain is closed to the public. A word to the wise for hikers or anyone walking anyplace in the Phoenix area– always take water with you. 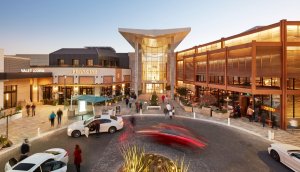 Phoenix has shopping that would fit anyone’s taste. There are upscale malls, and  stores like the Shops at Biltmore; outlet malls; antique shops and more. Here are a few shopping outlets in and around the Scottsdale area: Scottsdale Fashion Square upscale shops (7014 E. Camelback Rd.),; The Pavillions at Talking Stick Shopping Center outdoor mall with many familiar stores (9120 East Talking Stick Way); Scottsdale Towne Center (15444 N. Frank Lloyd Wright Blvd); The Promenade  stores and restaurants(16243 N. Scottsdale Rd.). There are many more, just google shopping in the area of Phoenix you choose to stay in.

The Arizona Fall League (AFL) is for prospects from MLB organizations to get extra playing time and also get spotlighted. So the Cardinals are not on their own team, they play on the Salt River Rafters this year. Here are the teams and which mlb teams will be represented on them:

Tickets are $10 for an adult and $8 for seniors 55+. Children 12 and under who are accompanied by an adult receive free admission. For more ticket information, fans can email ArizonaFallLeague@MLB.com. Click here to read ticket terms & conditions.

They do sell season tickets for those who live in the area: Fans can purchase season passes here,  for $175 ($80 discounted rate for seniors 55+) and $120 double passes available for seniors 55+.

Who’s Playing in the Fall League from the Cardinals Organization?

Major League Baseball  announced the rosters and coaching staffs of the 2022 Arizona Fall League (AFL). Six of MLB Pipeline’s top 25 prospects, and 16 of the top 100, highlight this year’s rosters, headlined by MLB Pipeline No. 6 prospect 3B Jordan Walker (St. Louis Cardinals) and Arizona Diamondbacks No. 1 overall prospect and the No. 6 overall pick of the 2021 MLB Draft OF Jordan Lawlar (No. 13 MLB Pipeline).

Walker and Lawlar will be paired on the Salt River Rafters, following quality offensive Minor League seasons for both players (.300+ BA, 16+ HR, .900+ OPS). At the conclusion of the 2022 MiLB season, both Lawlar and Walker finished at their team’s respective Double-A club, with Lawlar promoted on three different occasions throughout the season. Walker has ties to the diversity development pipeline programs led by MLB and USA Baseball, notably the Breakthrough Series and DREAM Series. Two other Cardinals prospects from MLB Pipeline’s Top 100 also will play in the AFL – SS Masyn Winn (No. 54) and RP Tink Hence (No. 95).

The AFL will also feature the 2021 MLB Draft No. 1 Overall Pick Henry Davis (Pittsburgh Pirates), the University of Louisville product who has played at four different levels of the Minors this year and slashed a combined .265/.387/.459 with eight homers. Davis, MLB Pipeline’s No. 20 prospect, will be joined by two other Top 100 Prospects from the Pirates organization: Quinn Priester (No. 47), and Fall League returnee Nick Gonzales (No. 97).

The AFL is comprised of six teams, with each Major League organization sending seven (7) top prospects to fill the rosters. The AFL teams and their MLB affiliates will be as follows for the 2022 Fall League season:

MLB also announced that after testing this season in the Minor Leagues, the following new playing rules will be implemented in the Arizona Fall League: pitch timer, restriction on defensive positioning, larger bases and the Automatic Ball-Strike System (“ABS”) Challenge. This Challenge System, which allows hitters, pitchers, and catchers to challenge an umpire’s call at the plate with the ABS System, only will be tested at Salt River Fields at Talking Stick and Chase Field.

The 2022 AFL season opened on Monday, October 3rd, with additional season highlights including:

Tickets for the Arizona Fall League can now be purchased online through the AFL website HERE or at the box office on any game-day. Media personnel who wish to be credentialed for the 2022 AFL season can apply through mlb.com/arizona-fall-league under the about tab or by clicking the link HERE. 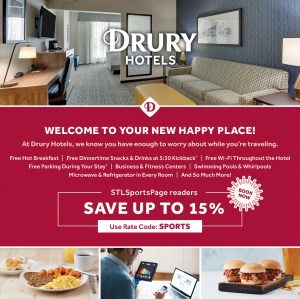 Through Oct. 30: For more than a century, the Arizona State Fair has been a gathering place for residents from the far corners of the state. Filled with cute animals, blue ribbons, fried food, and all the fun carnival rides you can imagine.

Mac Donald’s Ranch is definitely a “must-see” if you bring your family to the Scottsdale area. it is an old-time Wild West destination and it’s especially fun in the fall with the “pumpkin patch.” Kids can go “mining for gold”, there are many kid-friendly activities and snack bars for food. With a little planning and calling ahead there is horseback riding and other old western activities. 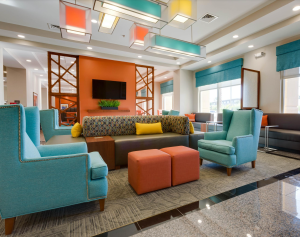 When traveling to Phoenix there are four Drury Hotels to choose from:

Which location one chooses for a trip to the ASL is based on whether you want to be near the airport, near other attractions or closest to the where the players you are watching are playing on any particular night.

Here are the choices.

***Don’t forget to use our special promocode: SPORTS when making a reservation.

Please print and present coupons at the following participating locations.

Save $3 when you book online

SEE YOUR DISCOUNTFIND NEARBY HOTELS