The 2022 World Series is set to start this Friday, Oct. 28th at 7:03 St. Louis time,  and will feature the NL Champion Philadelphia Phillies facing the AL Champ Houston Astros.

The Fall Classic opens at Houston’s Minute Maid Park on Friday night, and will be exclusively on FOX Sports, which will call its 25th World Series in its 27th season as the official network broadcaster of MLB, including FOX Deportes, and on ESPN Radio.  All games of the 118th Fall Classic will have a scheduled first pitch time of 8:03 p.m. (ET), with the FOX pregame show slated for 7:00 p.m. (ET) for Games 1-6 and 6:30 p.m. (ET) for a potential Game 7.

CEREMONIAL FIRST PITCHES: In celebration of 60 years of baseball in Houston, several Astros Legends will participate in ceremonial first pitches, including:

The 2022 Postseason schedule, subject to change, can be viewed in its entirety at MLB.com/postseason. 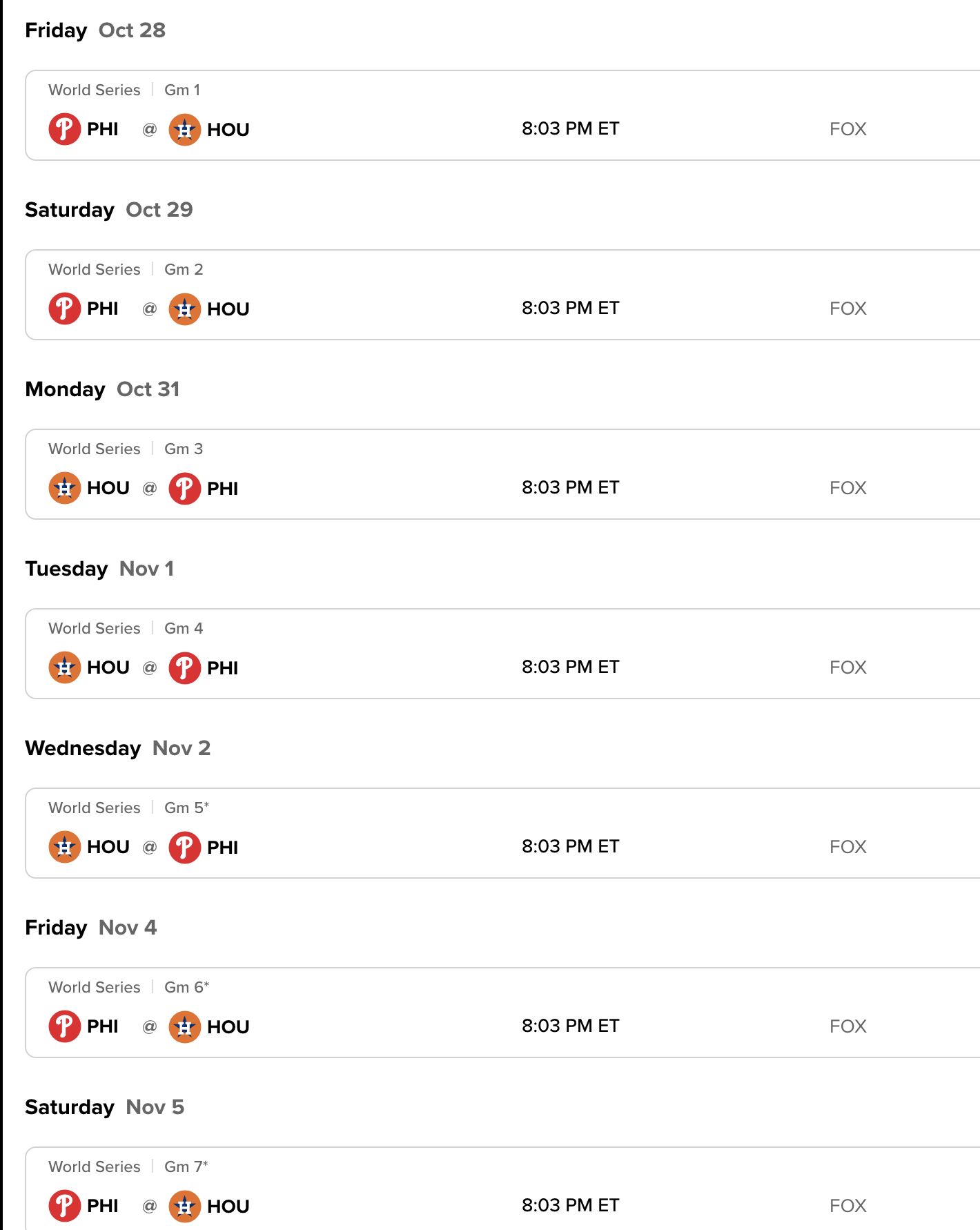 With the festivities of the 2022 World Series in full gear and tickets to see the games live costing hundreds to thousands of dollars, the personal-finance website WalletHub released its report on Best Baseball Cities, as well as accompanying videos and expert commentary, to go along with its World Series Facts – Astros vs. Phillies infographic.

St. Louis made it to second place in their eyes and judging from their criteria.

To determine the best places to be a fan of America’s third most followed sport, WalletHub compared over 330 U.S. cities with at least one college or professional baseball team across 31 key metrics. They range from performance level of team(s) to average ticket price to stadium accessibility.