Updated Tues. April 23, 2019- We were sad to learn Marshal Meltzer passed away. For his obituary CLICK HERE

We’ve featured Roger Dean Chevrolet Stadium parking lot attendant Marshal Meltzer on the site before. He has been at the press parking lot since we’ve been coming to Jupiter. 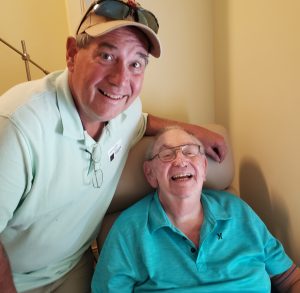 For the past two years Meltzer’s been having health problems, but we stopped by his rehab center to visit him and are glad to report he looks to be doing much better.

He got to throw out the first pitch this week.

“It was a surprise,” he told us. “They came and got me and brought me to the ballpark.”

Before Saturday’s game Meltzer was wheeled down to the field level and Tyler O’Neill was the catcher as he threw out the ceremonial first pitch. Many of his pals who usher at the ballpark were there to support him. 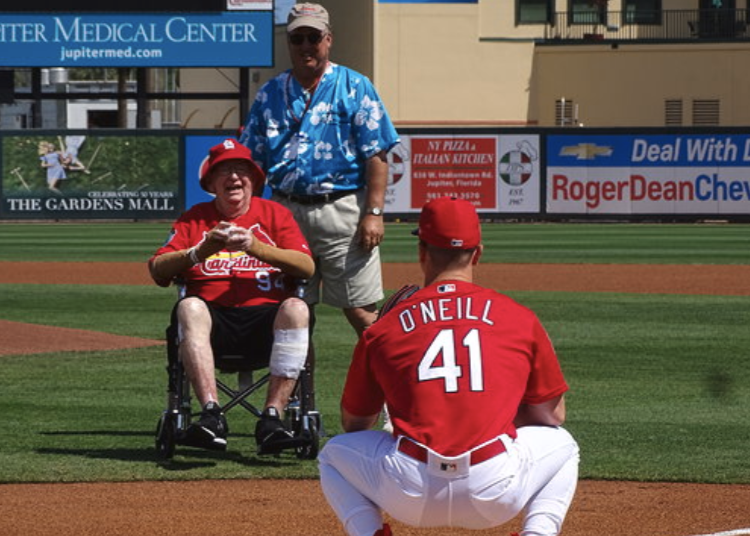 “This idea was his wife Betsy’s,” said Sarah Campbell of Roger Dean Chevrolet Stadium.  “She reached out to me with interest in doing something special for Marshal because she knew he missed being at the stadium and around our staff.

“It really touched my heart when they gave me a Cardinals hat signed by the media—even Mike Shannon,” he said.

“It was supposed to be a surprise for everyone but our staff figured it out,” said Campbell.

O’Neill signed the baseball. It was an exciting day for everyone.

Later when he was supposed to do his physical therapy he asked if he could do it in the afternoon so he could rest up. 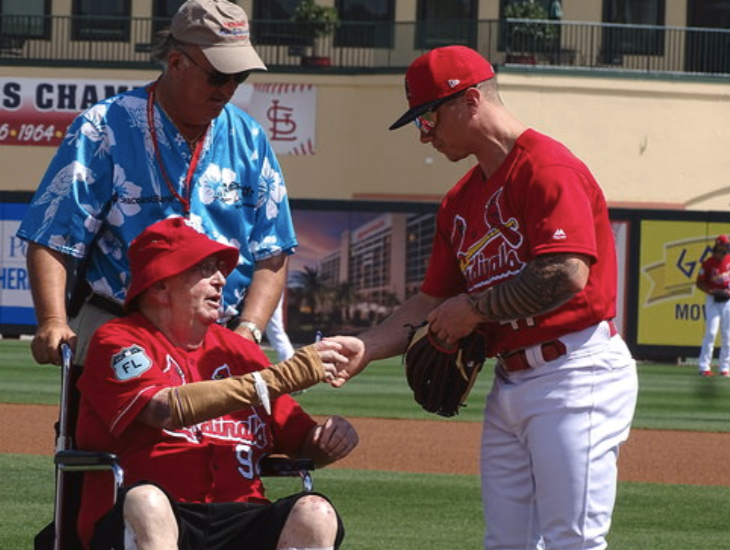 Rest up Marshal. We want to see you back at the ballpark soon.