Adam Wainwright is scheduled to appear at the Winter Warm-Up on Monday but he will have a big presence at the three-day event as his charity, Big League Impact will have a booth and be accepting donations to help with the recent disasters in Puerto Rico. 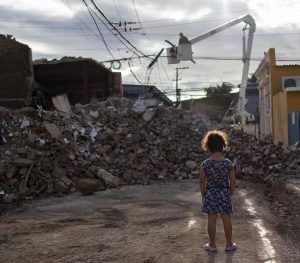 As earthquakes continue to wreak havoc on the island, Wainwright is stepping up and asking for help to provide life-saving emergency backpacks, power and clean water to those affected. Wainwright, through his Big League Impact nonprofit organization, has teamed up with The Happy NPO and Yadier Molina’s Fundación 4 to provide vital aid through a fundraising campaign.

Through this campaign, Adam and Jenny Wainwright have pledged to match $50,000 of donated funds. The Wainwrights’ donation will go to The Happy NPO, a nonprofit organization based in Puerto Rico currently providing aid, as well as to teammate Yadier Molina’s Fundación 4, which helps Puerto Ricans in need. 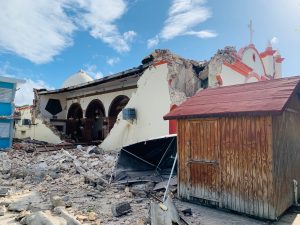 “Thousands of people have lost their homes; a humble area of Puerto Rico is in mourning, but we shall overcome!” The Happy NPO Founder Carlos Rodriguez said. “Yes, are in the middle of a crisis (while still recovering from the hurricane). But with the support of our partners and the help of this fundraiser, we will assist those in need immediately while starting the long (and hopeful) road to recovery.”

In addition to distributing water filters and solar inflatable lamps with phone chargers, The Happy NPO is also providing emergency backpacks that include vital necessities: a whistle, hand sanitizer, toilet paper, flashlights, towels, water bottles, a first aid kit and cereal bars. Every $40 donation provides one backpack to people in need. Roughly two-thirds of Puerto Rico does not have access to electricity, and many people still lack running water. 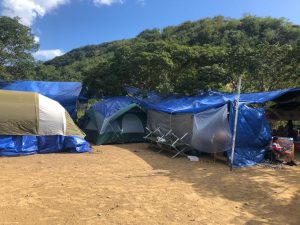 “At Big League Impact we love helping people in many different ways,” Adam Wainwright said. “The heart of that, usually, is finding people in dire need of the basic essential needs. With that being said, the great people of Puerto Rico are dealing with a major crisis right now. The earthquakes are still rocking their country as we speak, and they need our help. Join with us this week as we try to bring aid to them in their greatest time of need.”

Members of Big League Impact will be at the Cardinals Care Winter Warm Up — Jan. 18-20 at the Hyatt Regency St. Louis at the Arch — collecting money for this fundraising campaign.  To donate online, visit the campaign website: 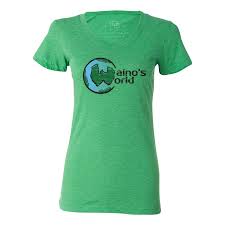 The charity, known for the work Wainwright has done in Haiti (as shown in photo at top of page) does a lot more than that. Along with this new endeavor in Puerto Rico, they are very connected with the St. Louis Food Bank as well as other charities. The popular green “Waino’s World” t-shirts (shown left) will be for sale at the Winter Warm-Up and the money raised will benefit Big League Impact’s charities. There will also be autographed items for sale as well as auction at the booth– located at the top of the elevator on the fourth floor.

Fans going to the Winter Warm-Up, who may have tried to get autograph tickets only to find out their favorite player was sold out, might want to check out the Big League Impact booth to see the autographed items they will have. 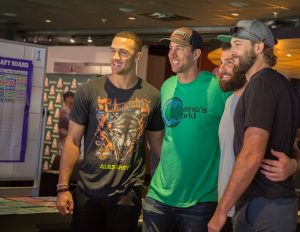 Wainwright started Big League Impact with other family members as a fantasy football fundraiser in 2013 and the charity has grown beyond his dreams. He and  Jenny helped open a hospital in Haiti and they continue to support it.

The fantasy football fundraiser, involving fans and teammates, has grown as players from teams all around Major League Baseball have joined in.

Wainwright, who is about to start his 15th season with St. Louis, started advising teammates and other players about how to get charities and nonprofits going.

“Charity is very important to me — it’s something that I think about constantly,” Wainwright said. “What we want to do at Big League Impact, one of our biggest missions now is empowering other players to go out into their communities and into the world and do what they feel like means something to them. Something that hits home.”

Wainwright and Big League Impact Vice President Kyle Gibson were both nominated for the 2019 Roberto Clemente Award — honoring Major League players who best represent the game through extraordinary character and commitment to community service. Gibson, who makes his home in Washington, Mo. near St. Louis won for the Minnesota Twins and Wainwright got nominated for the Cardinals.

Big League Impact, Inc. is a nonprofit organization with a mission to help meet basic human needs like food, clean water, medical care and shelter, in an effort to restore dignity and hope to people in the local community and around the globe. Started by St. Louis Cardinals pitcher Adam Wainwright in 2013 as a fantasy football fundraiser, Big League Impact has grown from coast-to-coast, raising more than $3.1 million for causes around the world.

About The Happy NPO: https://www.happynpo.com/puerto-rico-earthquake-relief/

The Happy NPO is a nonprofit organization that directly manages and assists a children’s home in Peru, disaster relief in Puerto Rico and an assistance fund for adoptive families in East Africa, as well as relief work for various natural disasters.

Fundación 4 is a 501(c)(3) nonprofit charity founded by Yadier and his wife Wanda Torres in 2010. The name “Fundacion 4” is in the representation of Yadi’s #4 uniform number. Its main mission is to create happier lives and futures for underprivileged children in Puerto Rico. And in the event of special circumstances, to help the people of Puerto Rico in times of need due to natural disasters. Through special fundraising events, Fundacion 4 aims with donations/sponsorships from private and public sector partners to aid children in need due to abuse, neglect, cancer, disease, or poverty.

Other articles from Day 1 of the Winter Warm-Up:

By Rob Rains: “Be healthy” is the goal for both Carlos Martinez and Alex Reyes as they look ahead to Cardinals season: CLICK HERE

Take the “Motte Challenge” and help fight cancer while getting a better sleep: CLICK HERE

Rob Rains was a guest on Frank Cusumano’s show on Fans 590 Wednesday morning. To listen to the segment on the show click the audio player below.

Rob Rains was a guest of Frank Cusumano and Corey Miller on their KSDK.com Cardinals Plus Podcast. To watch it click the video player below: