With Friday’s day off marking the halfway point between the Cardinals’ first full-squad workout and their final day in Florida, it seems like a good time to check in on how all of the camp battles are progressing:

Even with Dexter Fowler hitting .095 this spring, he and Harrison Bader appear to be set to begin the season as the starters in right field and center field, which leaves left field as the only open spot. This is a three-player race, as it has been since the start of camp.

Dylan Carlson, as expected, is trying to force his way into the discussion of who should win the job, and so far is having a better camp than either Tyler O’Neill or Lane Thomas with a .417 average. That might not be enough for him to become the starter, however.

The Cardinals want to be confident that whenever the 21-year-old Carlson is promoted to the major leagues he will be there to stay and will be in the lineup on a regular basis. The fact that he could go to the minors for the first month of the season or so, and thus give the club an extra year of control over his contract, cannot be discounted as a factor in the decision.

Carlson still has a couple of weeks left to show why he should win the job, but O’Neill – the favorite to be the starter coming into camp – and Thomas also have the same time left to show why they should be the choice.

This battle likely won’t be decided until the team leaves Florida.

This appears to be a two-man race between Kolten Wong and Tommy Edman, at least on days when Edman will be in the lineup.

Wong has received the bulk of the starts in this spot so far in camp and appears more comfortable in the role than he has been in the past. Edman also got some exposure in the leadoff role last season and the Cardinals were pleased with how he performed there.

The other potential candidate coming into camp, Fowler, has had a few games in the leadoff spot but has seen more duty hitting down in the order, which would appear to indicate that is where the Cardinals expect him to hit during the regular season.

What could make sense is for Wong to get the bulk of games as the leadoff hitter, especially against righthanded pitching, with Edman hitting there in games when the Cardinals are facing a lefthander, when he would most likeky be in the lineup playing third base in place of Matt Carpenter.

The favorite to be in this spot coming into camp was Paul DeJong, and that’s still the case.

Manager Mike Shildt has talked about the fact that even though the Cardinals don’t have an “anchor” like Marcell Ozuna to bat fourth on a daily basis, they have several players who can hit there, including DeJong.

What Shildt is looking for from whoever hits there is “somebody who can take a good at-bat.” Shildt said. “Paul is a great candidate for it, but we’ve got others too.”

Two others who could be there, especially on occasions when DeJong is not in the lineup, would be Yadier Molina and O’Neill.

To this point DeJong has more than proved capable of filling that role, based on his team-leading four home runs in 18 at-bats to go along with a .500 average.

The injury that will keep Miles Mikolas from pitching for at least the first month of the season opened up a second spot in the rotation behind Jack Flaherty, Dakota Hudson and Adam Wainwright.

Carlos Martinez has shown no reason this spring not to expect him to be in the rotation, turning in five scoreless innings on Thursday night which lowered his ERA to 1.93. The favorite for the second spot remains the Korean free agent signing, Kwang Hyun Kim, who has not allowed a run in his first five innings.

Two others who are trying to force their way into consideration are Daniel Ponce de Leon and Austin Gomber, both of whom have sub-2.00 ERA’s so far this spring. For one of them to wind up claiming the last spot the Cardinals would likely have to move Kim to the bullpen, which remains a slight possibility.

The Cardinals like Kim as both a starter and a reliever, but considering this spot will change when Mikolas is ready to pitch also has to be factored into the decision of who opens the year as the fifth starter.

The Cardinals will carry eight relievers, and five of those spots appear set, barring injuries – Ryan Helsley, Giovanny Gallegos, John Gant, John Brebbia and Tyler Webb. Andrew Miller also had a lock on a job, but the uncertain nature of the injury that has prevented him from pitching this week could put his status in jeopardy.

If Miller can’t begin the season,there are three open spots, at least one for a left-hander. Brett Cecil, to the surprise of some, has been healthy this spring and has turned in much better outings than he has had in recent years. Since the Cardinals still owe him $7 million, it would not be much of a surprise if he is the choice to replace Miller.

The other candidate from the left side to make the team is Genesis Cabrera, but he has been stretched out as a starter this spring and could also find himself in the Memphis rotation to begin the season.

There would appear to be three strong candidates for the other two jobs – Alex Reyes, Junior Fernandez and Kodi Whitley. The Cardinals have been very pleased with how Reyes has performed this spring and while he is no doubt the sentimental choice for one of the jobs, the fact that neither Fernandez or Whitley has allowed a run this spring cannot be ignored.

Fernandez would appear to have the edge on Whitley for one of the jobs, based on his time in the majors last year and the fact he is on the 40-man roster and Whitley is not.

The wild card that could enter into the discussion is the fact Ponce de Leon could be moved from a starting role to the bullpen to fill that last spot, which could become a multi-inning role.

If the Cardinals carry only four true outfielders, as appears likely, they would have four bench spots remaining – one for a backup catcher (Matt Wieters) and probably two backup infielders.

The versatility of both Edman and Brad Miller, signed as a free agent early in camp, give them the edge for the two jobs. Edman proved last season he can play anywhere and Miller, a lefthanded hitter, can do the same thing.

Yairo Munoz was a candidate for the job, which he held last year, but a hamstring injury apparently led to some frustration. He flew home to the Dominican Republic without telling the team, and the Cardinals decided on Saturday to release him. The only other candidate, Edmundo Sosa, is a strong defensive shortstop but likely is set to return to Memphis to begin the year.

The leading candidate for this job is Rangel Ravelo, basically the replacement for Jose Martinez. Ravelo was negotiating to play in Korea during the winter before Martinez was traded to Tampa Bay and the Cardinals convinced him to stay, which would seem to mean they basically guaranteed him a job in the majors.

Ravelo fits as the backup to first baseman Paul Goldschmidt, and also has shown this spring that he can fill in either in left field or right field if needed, in addition to becoming the team’s primary right-handed pinch-hitter, a role he filled well last season after he was promoted from Memphis.

At this point, here is a guess at predicting the 26-man roster and the starting lineup for opening day March 26 in Cincinnati: 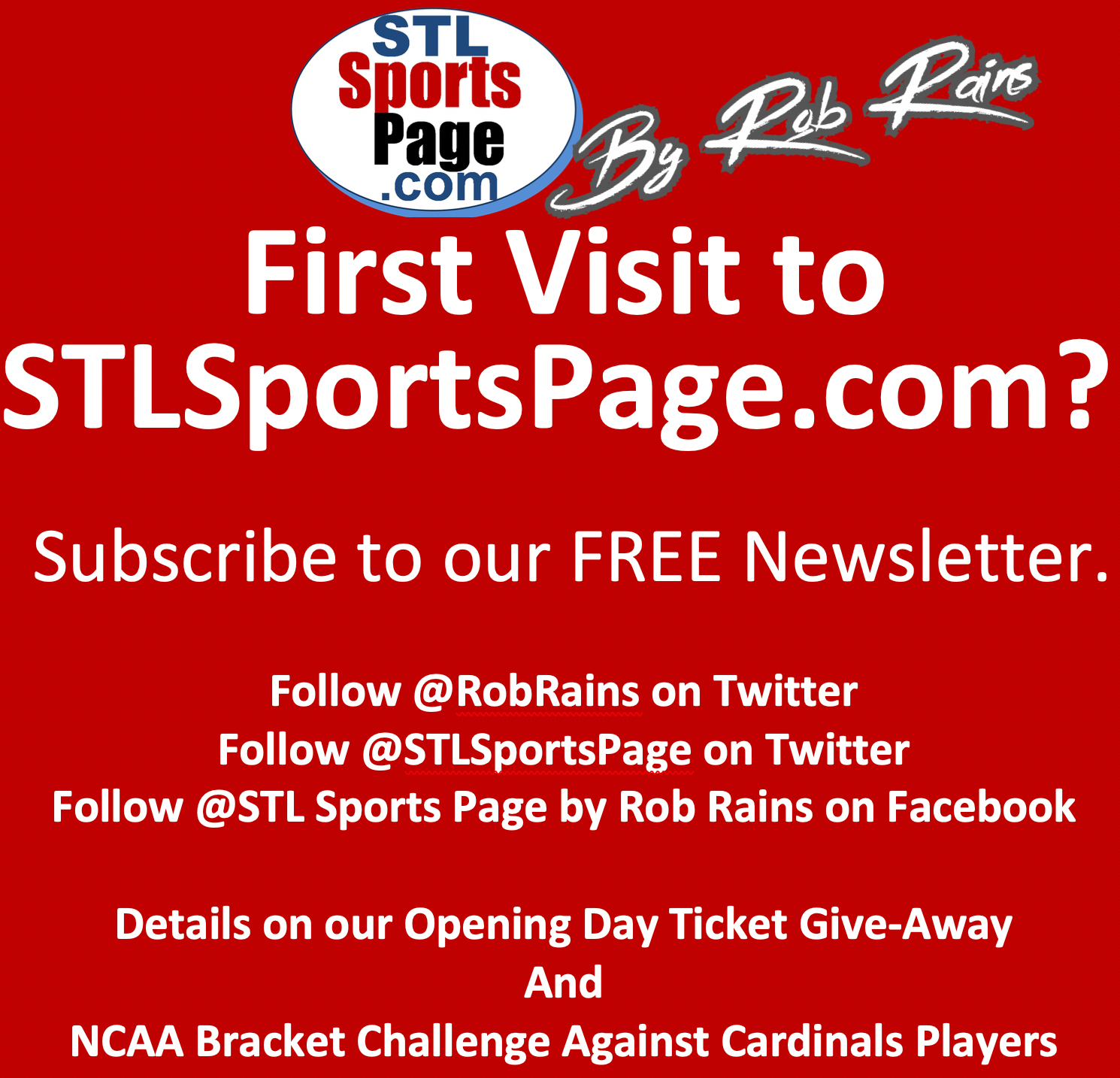