Here it is, the new team name and logo: Get your St. Louis City gear here:CLICK HERE 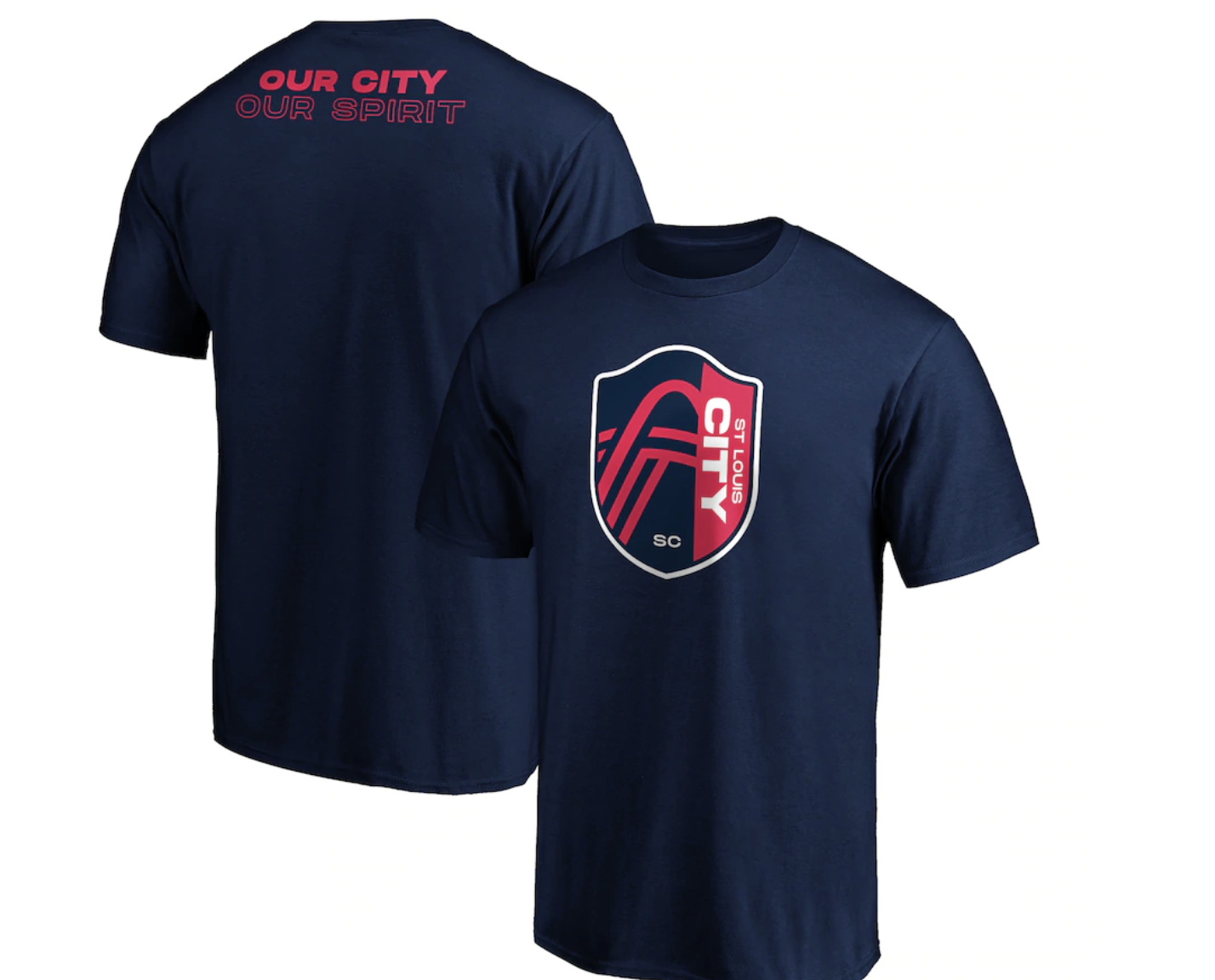 Dan McLaughlin emceed the announcement Thursday of the newly named St. Louis City SC Soccer Team, which was introduced by Dr. Corey S. Bradford of Harris Stowe University where the event was held. 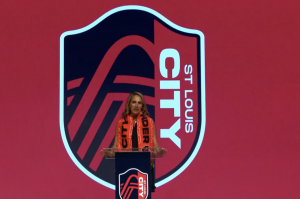 Due to the pandemic there were no fans in attendance but they had put cut-outs of famous and not-so famous people in the room and used “crowd noise” to enhance their announcement. Team owner Carolyn Kindle Betz made the announcement. (Photos courtesy St. Louis City FC Facebook page)

After Kindle Betz spoke,  McLaughlin interviewed her and they were joined on the stage by Lee Broughton of the team. To hear the entire audio of the announcement click the audio player below.

The team, which will begin playing in 2023 also announced their new website: STLCitySC.com. They will have merchandise and apparel on the site for sale.

We also have a link to buy apparel and gear: CLICK HERE