The St. Louis Cardinals have announced the schedule for the 2023 Cardinals Caravan, presented by Missouri Farm Bureau Insurance.

The Cardinals Caravan returns for the first time since 2020 and will traverse 20 different cities across Missouri, Illinois, Tennessee, Arkansas, Kentucky and Indiana.  A combination of more than 35 current Cardinals players, minor league prospects, alumni and team broadcasters will embark on one of six different caravans through Cardinal Nation from January 13-16.

As in previous years, the club will implement an autograph ticket system at each stop.  The first 400 kids, ages 15 and under, through the door on the day of the event will receive a free autograph ticket which guarantees one autograph from each current and former player.  Due to high demand, autographs will only be available for fans 15 and under.

The full schedule for the 2023 Cardinals Caravan, including destinations, times and participating players, can be found below and at cardinals.com/caravan.  #CardsCaravan 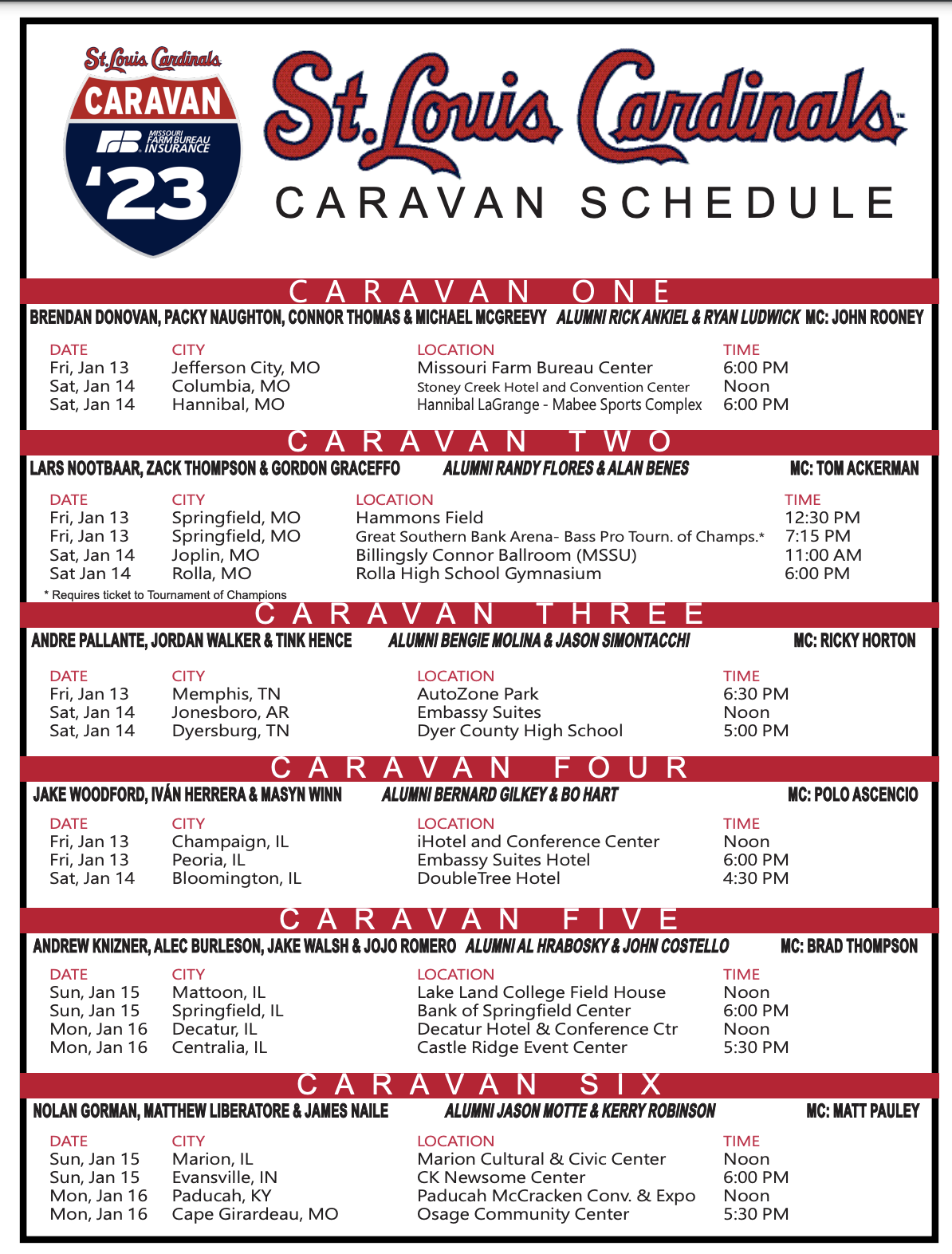