The Latest from STLSportsPage.com
The St. Louis Ambush welcome the Kansas City Comets to the Family Arena Dec 29, 2018 at 7:05 p.m, CST and they have a special deal in honor of Corey Adamson’s key performance against the Comets the last time the two teams met.
To commemorate Adamson’s game winning goal on Dec. 16th, the Ambush are offering “Adamson’s 4 for $40 Special.”
Guests can get four tickets for $40 for the goals/corner areas or upgrade to midfield for just $60.
The deadline to order tickets is December 27th at 10 p.m. Additional sideline tickets are available for $15.
For those wanting to order, here is the link to get tickets:
https://www.stlambush.com/ticket-special-adamson-4-for-40-pack
St. Louis Ambush midfielder Corey Adamson and rookie forward Zach Reget have both earned Honorable Mention from the Major Arena Soccer League in the Team of the Week awards for Week Three of the 2018-19 season.

In their home opener on Sunday, the Ambush found themselves down 4-0 at halftime against the Kansas City Comets, only to stage a thrilling comeback in the second half of the game, which they won 6-5 in overtime
.
Adamson scored the game winning goal, his first of the young season. Reget tallied a pair of goals in that game, marking the second straight game he scored two. Both of Reget’s goals tied the game at different points in the fourth quarter, setting things up for Adamson’s dramatic overtime game-winner.
The Ambush and Comets will do battle again this Saturday, December 22 at 7:05 p.m. CST at the Silverstein Eye Centers Arena in Independence. Following that rematch, the two teams return to the Family Arena for their duel Saturday, December 29 at 7:05 p.m. CST. Given the intensity of Sunday’s match, fans can expect more of the same when St. Louis and Kansas City square off the next two games. 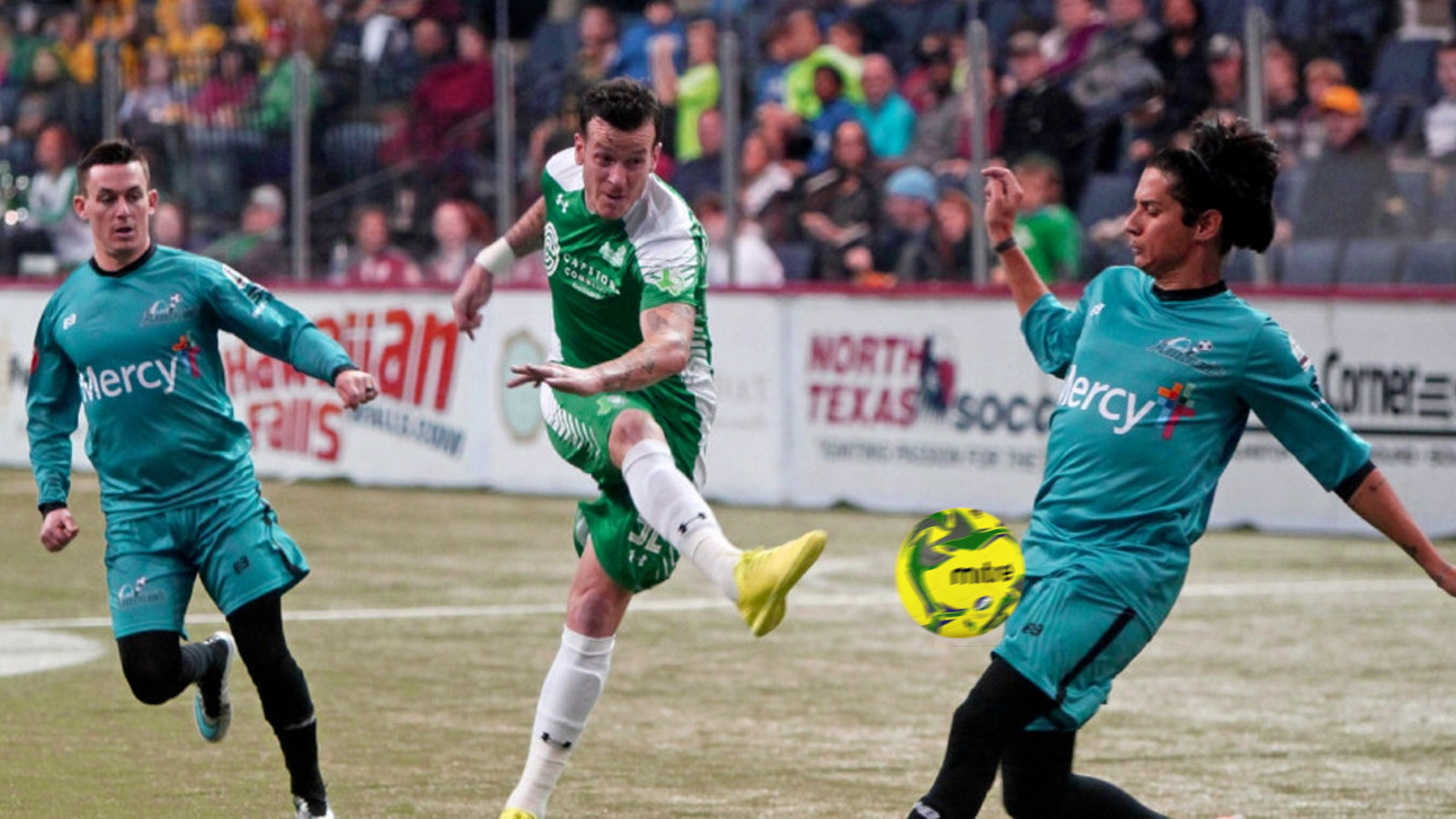 Season, group and single game tickets are on sale for all home games. For more information on season and group tickets, call the Ambush office at 636-477-6363. Keep up to date on all Ambush news by following the official website, stlambush.com and on Facebook and Twitter.
The season hashtag is:  #RISEASONE

The St. Louis Ambush will call the St. Charles Family Arena home for the next three seasons according to a joint announcement made today by the team and the arena. The current Ambush franchise has […]