The much-anticipated annual STLSportsPage.com- Homewood Suites Baseball Bash was set to happen on Thursday March 12th but as that day approached– the big news was the cancellation of Spring Training and starting the regular season late.

The party room at the Homewood Suites was decked out with red centerpieces and red balloons– and a room full of silent auction items. But what would the mood of the fans be as they headed to the party after the game was over and hearing that it was the last game of Spring Training? And hearing there would be no celebrity baseball player or local television anchor?

As everybody knows, Cardinals fans are resilient and enthusiastic– not matter what. They showed up in an overwhelming number and asked questions during the Q and A session. There was a silent auction and a raffle which most participated in. 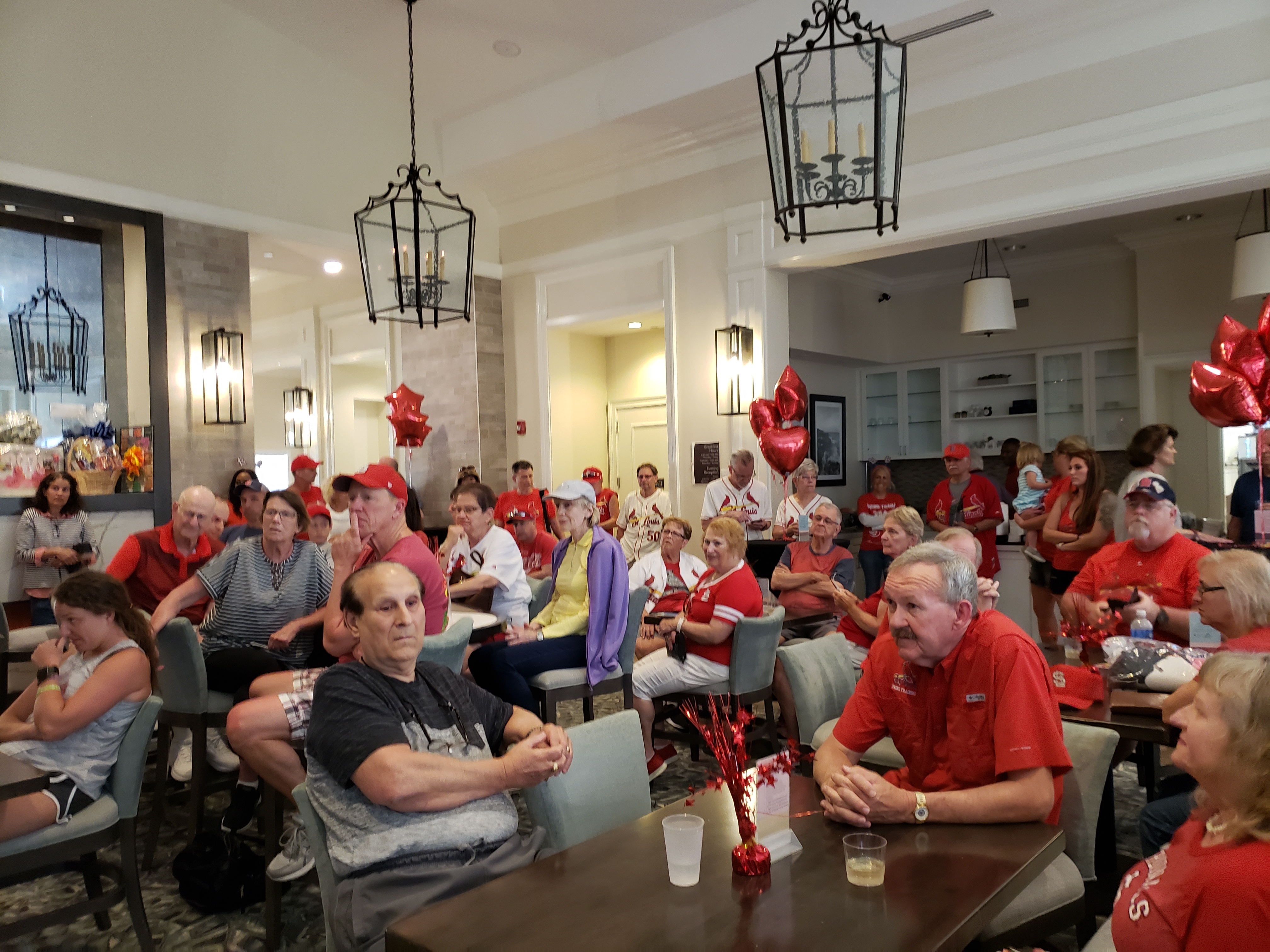 The Baseball Bash turned out great. We had Dylan Carlson lined up to attend and due to circumstances beyond his control he was not able to attend, so it was going to be Mike Trim, our friend and Cardinals fan who is a morning anchor on WPTV in West Palm Beach– and due to his station’s request he had to cancel.

As it turned out Rob and Sally Rains were the emcees and fielded questions from fans.  The room was a sea of red. There is a unique thing about this party– all the fans get to know each other and see each other every year. 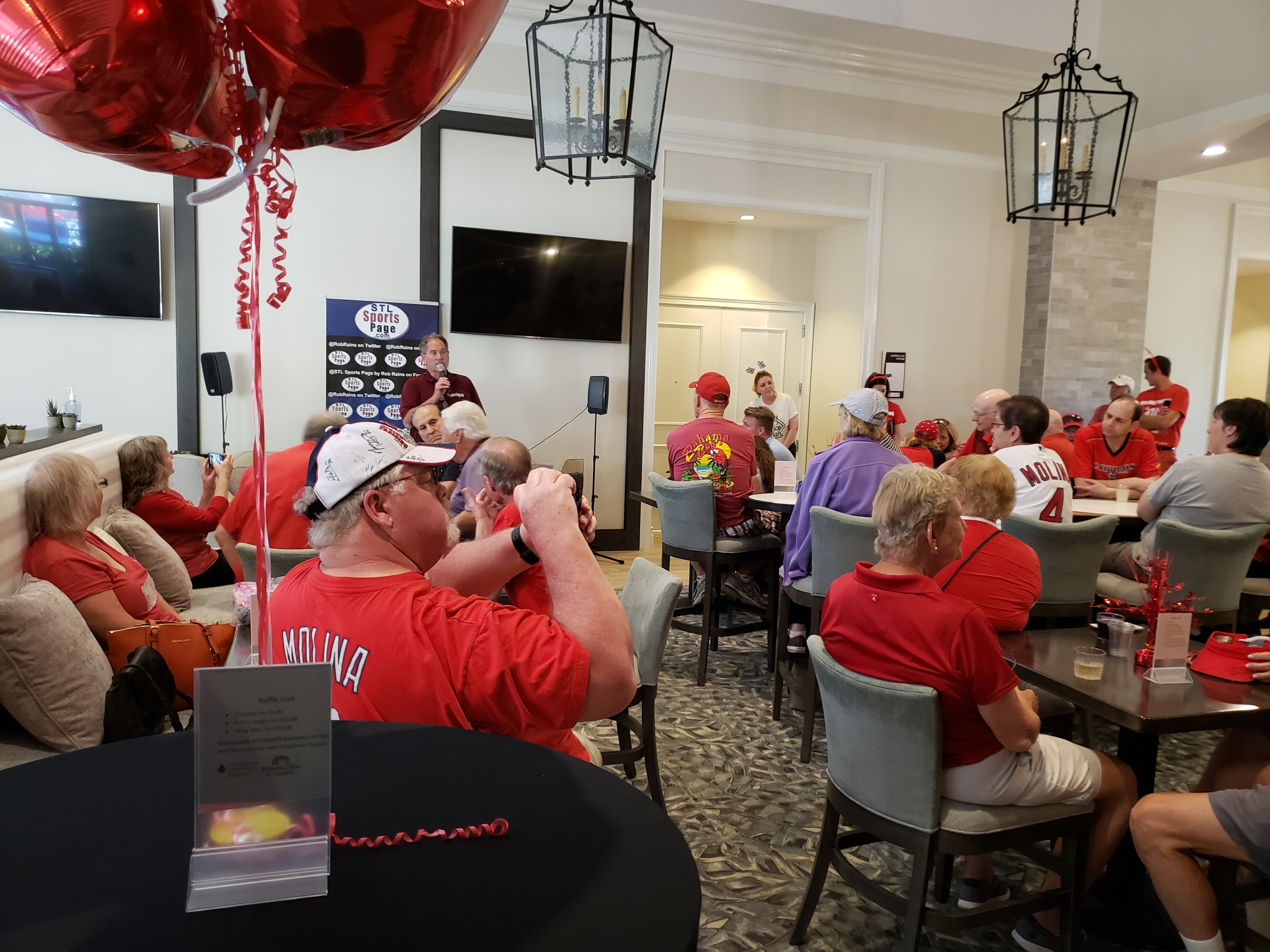 Thank you to all of who who came. With all the donations and bidding on the auction the event raised more than $2,000 with the proceeds being split between the Leukemia & Lymphoma Society of Palm Beach and Rainbows for Kids of St. Louis.