JUPITER, Fla. – When the Cardinals’ minor-leaguers were told spring training was being put on hold because of the coronavirus pandemic, most tossed their clothes in a suitcase and either got in their car or boarded a plane for a quick flight back home.

It wasn’t that easy for Jake Burns, at 17 the youngest of the more than 150 players in the aborted camp. Going home for Burns meant his second 24-hour flight in less than a week between Florida and Sydney, Australia.

Signed as an international free agemt last September as a 16-year-old, Burns had arrived in Jupiter on Monday, went through his physical and two days of workouts before the camp was halted on Friday. On Sunday, he was back on a plane for the long flight home.

When Burns will be back, as is true for all of the other minor leaguers, is a question nobody can answer right now. When he does finally get to begin his professional career, however, he will become an intriguing prospect to watch – both because of his ability as a left-handed hitting catcher, and also because of his background – the first Australian-born player signed by the Cardinals.

Attracted to baseball at an early age

Baseball is not the primary sport people associate with Australia. And even though Burns participated in a lot of the more common sports in the country as he grew up – cricket, surfing, swimming, water polo, basketball, soccer, rugby league, rugby union; “You name it, I played it,” Burns said – baseball became his sport of choice.

“We were driving past a local baseball field where young kids were playing tee-ball when he was about three,” Burns’ father, Mark, said in an e-mail. “Right or wrong he wanted us to stop so he could go and watch. Later that year at school the local club handed out flyers to come and try baseball, which he promptly bought home and told us he wanted to go. The rest is history.”

That history includes representing Australia in various international tournaments, including the Little League World Series in 2015, where he hit two home runs and found himself, as a 12-year-old, being interviewed on ESPN following a win over the Caribbean team.

The experience helped Burns become well known on the national level in Australia, and more international exposure followed. He made the Under-15 World Cup team as a 13-year-old, and later traveled to Panama in 2018 for that tournament.

The Cardinals routinely have scouts assigned to cover that event, focusing on the teams from the Dominican Republic, Venezuela, Cuba and Colombia. Angel Ovalles, the team’s scouting supervisor for the Dominican Republic, and Damaso Espino, a Latin America crosschecker, happened to stay and watch a game between Germany and Australia. 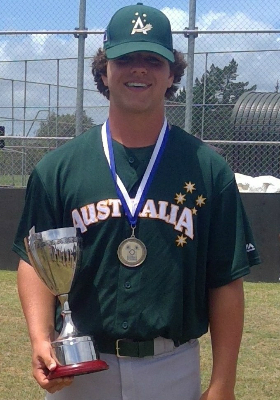 “From that moment on was when we started paying attention,” said Luis Morales, the Cardinals’ director of international operations. “We tried to find a way to get in contact with him and his family to see if there was an opportunity for us to see him more.

“We don’t have a scout in Australia. That’s why this situation was unique. It took us months to make contact to see what he was planning for the future and if it could work for us.”

Burns represented Australia in the Under 18 World Cup in South Korea last summer, which to this point in his career provided one of his best baseball memories.

“We placed fourth, which was pretty high for an Australian national team,” Burns said. “We beat Japan 3-1 and trailed the U.S. 1-0 in the ninth inning. Even though we didn’t win we were neck and neck with those teams, and it means everything for me to play for my country at such a young age.

“I played against kids from the U.S. who were first-round draft picks and I didn’t have a problem playing against them.”

Morales was able to see Burns in person in Fort Myers, Fla., when Burns made a trip to play in a Perfect Game showcase. As they do with a lot of the Latin American players that age, the Cardinals then brought Burns to their academy in the Dominican Republic for a week to play against other prospects.

“You can have your own setting, your own testing, your own workouts,” Morales said. “You can see him against better competition. Our guys there made the evaluation that we wanted to sign him.”

The Cardinals were not the only team that had noticed Burns.

“Following the 2019 Australian national championships and in the leadup to the July 2 international signing period, we had some 17 MLB clubs approach us to let us know that Jake was on their radar,” Mark Burns said. “It was probably at this point, with the sheer volume of clubs that said that they had interest in Jake, we knew it was not if but when Jake would get an offer to sign professionally.”

Because of the competitions which had given Burns experience in playing overseas and being away from his family, his father was not too concerned about that part of the decision. Even though Burns still had a year left in high school, the timing seemed right for him to sign – as long as his mother, Sue, was convinced. 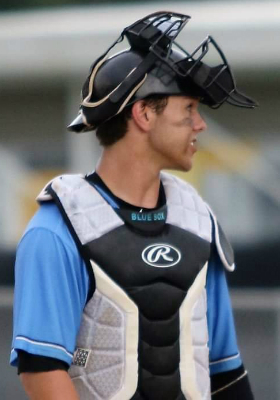 “As Jake got older, we started to send him on his own for short tours to see how he handled being away from mum and I,” Mark Burns said. “He adapted really well, so him going at 16 was really of no big concern, particularly with communication technology the way it is today.

“The big thing was to make sure mum was comfortable with Jake going. While Jake and I had the opportunity to check out a number of spring training facilities last year, it was still an unknown quantity for mum. We all went over when Jake signed and stayed in the team hotel. Seeing the area first hand and checking out the facility made all the difference. Sue then gave Jake her unconditional blessing to sign.”

Even though Burns has only spent a few days in the United States since he signed, his experiences at the Little League World Series already had taught Burns about some of the adjustments he will have to make as he starts playing baseball here compared to what life was like in Australia.

“In Australia we are really relaxed people,” Burns said. “Little League baseball has taken off in Australia, but there aren’t many kids who keep playing until they are 18.

“My parents are really laid back, most Australian families are. Everybody just sits back. I noticed when I played travel tournaments here that the parents were so into it. I had never seen anything like it. That was really different.”

You mean parents don’t yell at umpires at that level in Australia, Burns was asked.

Because his parents both work from home, Burns and his 15-year-old brother Jye, a left-handed pitcher, were able to pull their dad outside to play catch or throw batting practice when they wanted. Some of that extra work might have helped with another cultural difference compared to the U.S. that Burns had to overcome as he became more successful.

“We have a culture in Australia where if you have success called the tall poppy syndrome,” he said. “If you are one of those guys who is above everyone else, everyone is going to try to bring you down. I got through that, and I think it helped season me to come over.”

Burns knows that with the Cardinals, being successful won’t be viewed in a negative light. And he already knows what he will have to do to reach the level he wants to attain. 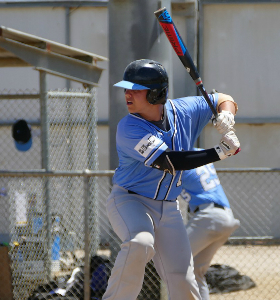 “I’m a bat-first catcher, but I know defense is most important for me,” Burns said. “I understand catcher is definitely a defense-first position but I love to swing it. I love to hit.”

Being able to communicate with his new teammates, many of whom are from Latin America and speak only limited English, was one of the reasons Burns began taking Spanish classes last year.

“I understood that being a professional catcher you are going to need to learn to communicate and lead your team, so knowing how to communicate with those Latin ballplayers is very important,” Burns said. “I took Spanish at a school of languages, exterior from my school before I had signed. After I left school I stayed in touch with my teacher before heading to the Dominican instructs and have continued to practice as much as possible since.”

One of the reasons Burns said he signed with the Cardinals was their rich history of developing catchers.

“It’s pretty tough to follow baseball in Australia, with a 16-hour time difference (from Florida),” Burns said. “You can usually catch a game early in the morning. One channel has maybe one game on a day. I looked to see who was playing and it always seemed to be the Yankees or the Red Sox but the Cardinals were on there a lot and I followed them.

“I love Yadi (Molina). I said hello to him when I got here. It was pretty intimidating but I will get there (being able to talk to him).”

People driving on the other side of the road than they do in Australia has been a change for Burns. Much of the food is different, “a little fattier, and the portions are so much bigger” but Burns already has found himself drawn to Chick Fil A and Chipotle, two chains that do not have restaurants in Australia.

His accent does sometimes leave people wondering where Burns is from, but Burns’ father uses one story about playing in the Little League World Series, following the home runs and ESPN interview, to illustrate the fact that his son is just happy to be playing baseball and follow his dream.

“He had gained quite a following,” Mark Burns said. “Most of his teammates enjoyed the spotlight associated with being a player and proudly wore their Australian training gear around the complex happy to be mobbed by the fans. Jake on the other hand, whilst always available to talk to fans, pose for photos and sign autographs, would wear normal street clothes as to not draw attention to himself.”

Likely not starting a trend

The signing of Burns and another 16-year-old last fall, Ettore Giulianelli, a right-handed pitcher from Italy, represent new frontiers for the Cardinals international signings. Giulianelli was signed after scout Joe Almaraz saw him participating in a showcase in London.

The Cardinals, as is the case in Australia, do not intend to base a scout in Europe at the present time, Morales said, but will continue to try to take advantage of opportunities to sign players such as Burns and Giulianelli, no matter where they are from.

“Now we have a little more experience in those areas and will look for those opportunities,” Morales said.